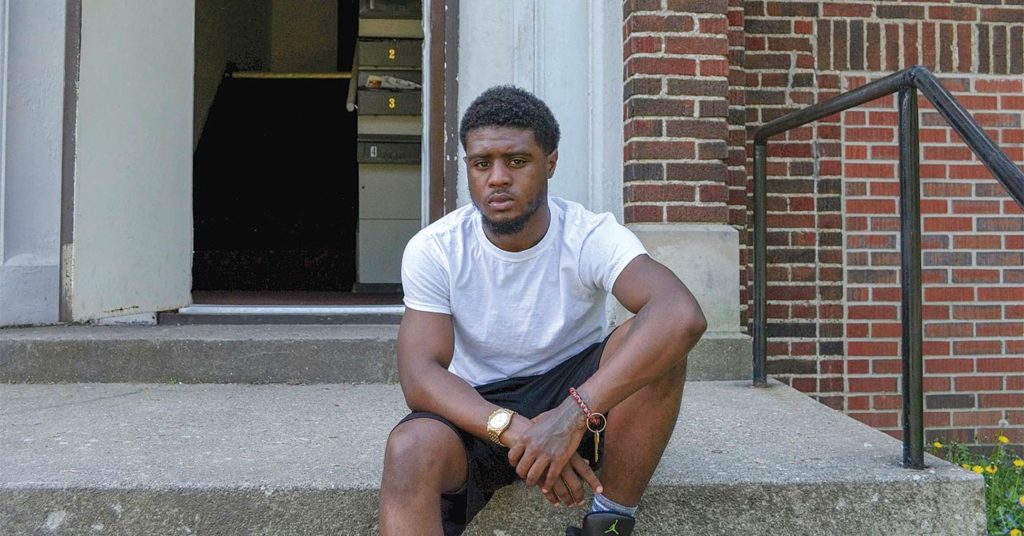 “I grew up around Cecil. Everything was good, growing up in the West. As I got older, I seen the difference. I seen how society can really hold people of color behind. It’s kind of hard, going through the motions in life, when you got things setting you back, such as the police. It’s not even just the police, you have people that don’t live in the West, looking in and thinking that everything’s bad. They have no idea what’s going on. Me and you are having an intelligent conversation and nothing is going on. Nobody’s coming through shooting at us. Now, it’s days when shootings do happen. We have to deal with the police coming to harass us, rather than protect us. They don’t want to protect us, so we’re just out here, trying to survive.

I’m very self-motivated, but my family keeps me motivated. My mom is my biggest support system. She makes sure that I stay out of the streets and stay focused. She keeps me on my Ps and Qs every day.

The West needs more community centers because that’ll give the kids something to do. Growing up, we didn’t have any community centers. We had Parkland Boys & Girls Club, but I would have to walk all the way to 32nd and that’s far from my house. There’s nothing in the neighborhood for kids to go to or do anything productive. They have to find something to do, because they’re bored, so they choose trouble.

Don’t get caught up in other people’s ways. Be your own person. Make sure you follow what you believe. You should be good, if your intentions are good.” •

May 23, 2018
Will, pictured with Danielle and their daughter, Angel in Portland

“I basically came down here in December. I’m from New York. She’s been here her whole life. It reminds me of where I am from. Portland just reminds me of home, in a way. I like it. People are really nice, not like us New Yorkers. It’s a new environment, and I like it.

Nobody really likes to come down here because they hear about the gunshots, druggies and all of that. Me, personally, you’re going to find that no matter where you go. People are afraid to come down here, and you don’t have to be afraid. If you’re in the gangs and into drugs, you’re at risk of being into stuff. If you’re not into it, you’ll be fine. I’ve been here since December, and I have no problems with anybody. I just stick to myself, go to work and come home.

I don’t know, people have their own opinions, but I think it’s stupid how they’re scared to come down here. I take my daughter to the park all the time. I take her walking all the time and nothing happens.” •