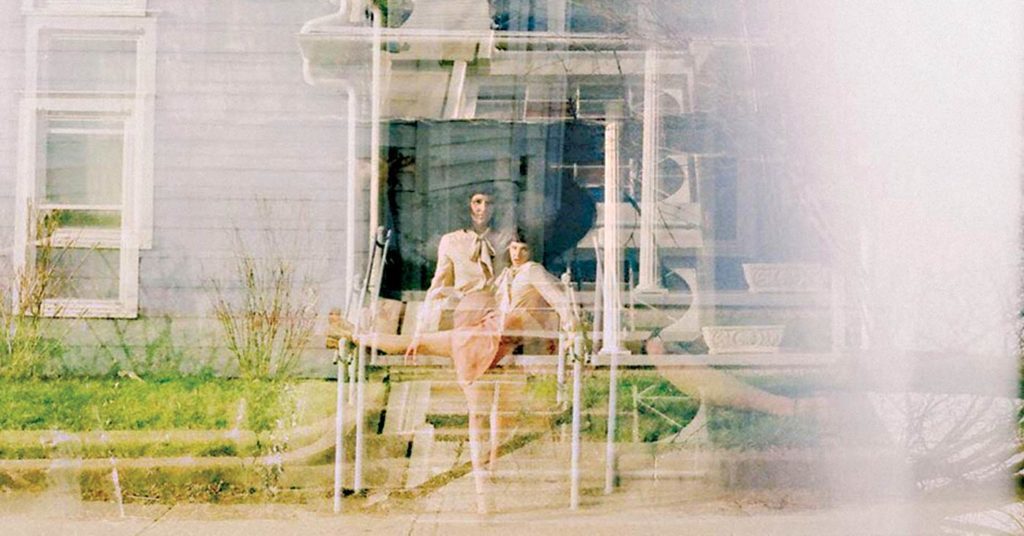 “At the time I wrote it, a few years ago, I think I just thought it was a love song about this idea that a relationship can save you and ground you,” she said. “I don’t know, it’s also kind of sad to think you need a relationship for that. Getting older, you realize that it’s not the case. I think there are two sides to it, and it depends on where you’re at when you hear it, as to how you view it.”

Her method, she tells me, was to simply lay it all out there, to record what she was thinking and feeling at the time. Or at least everything she thought she was feeling.

“This song came really naturally to me,” Ecklar said. “I was living with my boyfriend at the time. I was 22. I was home alone, and we had a little studio, and I just sat down and wrote it. It all came out at once. It’s still one of my favorite songs. So, it really wasn’t an idea, just what I was thinking and feeling in that moment.”

“Hands & Knees” certainly wears its inherent emotional content boldly and openly visible. The song’s initial notes of acoustic picking and Ecklar’s robust, breathy vocals give the impression she is in the room with you. Even when the song notches up the energy, around the two-minute mark, blossoming with drums, the ambience of nearness remains clear.

“With this song, especially at the time I wrote it, I feel like I was really picky about what I was listening to,” she said. “I feel like it’s really my own sound. I had been playing with a band for about a year around that time and we had just broken up and I was just starting to write my own stuff. You could say it was the beginning of the Mother Runaway sound.”

Initially, the idea of the song serving as a double entendre hadn’t occurred to her. You could call it a musical sister to, say, Madonna’s “Like A Prayer,” begging the question: Is it about love or is it really just about sex?

“There’s a line that says ‘you’ve got a good head now on your shoulders / on my hands and knees,’” Ecklar said. “I was talking with my current boyfriend about how that could be taken. It could be taken as like completely bowing down, just giving yourself over to someone. And he said, ‘Yeah, or it could be sexual.’ I remembered that it wasn’t intentional at the time, but I wondered if I didn’t really write it that way. That’s what’s fun about being a songwriter. You can slide in dirty things without being completely vulgar.”

‘Hands & Knees’ is from the 2018 Louisville is for Lovers compilation.