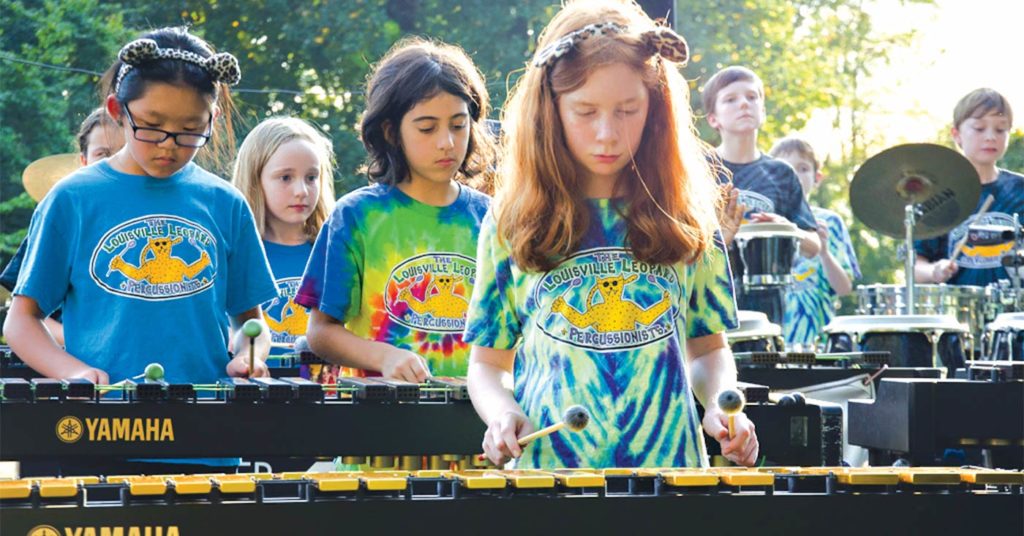 In 1993, Diane Downs was digging through a utility closet at Martin Luther King Jr. Elementary to find supplies for a bulletin board, when she stumbled upon an assortment of unused instruments. She saw it as an opportunity to have a little fun and put together an ensemble in her class with the intention of playing a holiday concert. That eventually evolved into the Louisville Leopard Percussionists, an internationally-recognized group of young musicians ages 7 to 16 who notably caught the attention of Ozzie Osbourne in 2015, and have been the subject of an HBO documentary. This Friday night at Headliners, the Leopards celebrate 25 years.

“These kids are the love of my life,” said Downs. “I’ve had kids that have gone on to play with Prince and Childish Gambino … I don’t know how it’s happening, but it just keeps happening. I could die tomorrow and I’d be happy.”

To mark the occasion, Leopard alumni and teachers and an array of special guests will play songs from 1993. The current Louisville Leopards will not be there, but Ben Sollee, Mark Charles Heidinger, Carly Johnson, 1200, Zach Longoria Project and Scott Carney will perform. And all proceeds will go to the Leopards.

“As someone who was fortunate enough to have great music teachers in my young life, I know full and well the long-lasting value these programs can have,” Zach Longoria said.

Jazz musician Carly Johnson said that it’s important to give back to the next generation, especially since so many adults shared their appreciation of music with her when she was growing up. She called Friday’s event “a glorious night of ‘90s love,” and although she wouldn’t let us in on the setlist, she did give a hint.

“The two songs I’ll be singing had such a huge influence on me when I was a kid,” Johnson said. “When I first heard these songs/musicians, I officially knew that singing was it for me. I can’t give away the tunes I’ll be singing, but I will give you two words: Whitney and Aerosmith.”

Through all of her success with the Leopards as founder and artistic director, Downs remains humble. She carries a gentleness to her efforts that speaks to her passion not only to give kids an opportunity to be part of something bigger, but to help mold a better society.

“It’s not just an after-school program, it’s more like a family feel,” Downs said. “We try to do stuff outside of that. They’re my friends. I like the kids. It’s cool that a lot of the alumni, I’m still in contact with. This summer, I’ve got three weddings coming up, and they’re Leopard Alumni. That means a lot to me. They come back and they’re my teachers.”