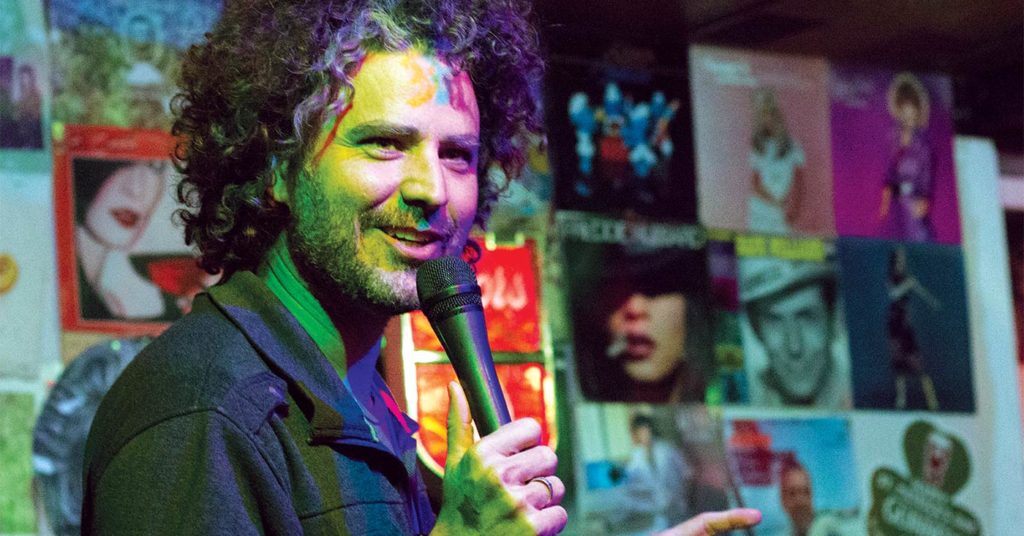 Comedian Ryan Singer is a funny guy, but his paranormal themed podcast “Me & Paranormal You” is no joke. He believes in the paranormal. “I was kind of built for it. When you’re raised Catholic, and you go to Catholic school for 12 years, you kind of have a built-in mysticism,” he told LEO. He has appeared on Marc Maron’s “WTF? Podcast” and IFC show “Maron” and now is on tour honing material for an album. He stops one night at The Bard’s Town.

LEO: I want to start with your podcast ‘Me & Paranormal You.’ What inspired a comedian to do a paranormal podcast?

Ryan Singer: Disclosure is among us. The government is beginning to acknowledge on a wide scale that UFOs are real and have been for quite some time. It’s going to be a whole new world 10 years from now. I also think we’re very close to proving the existence of ghosts or the afterlife, or whatever that might be. We’re about to be living in a world that is about to have a huge paradigm shift in understanding the question of what is reality?

What drew you to believe in the paranormal?

I was kind of built for it. When you’re raised Catholic, and you go to Catholic school for 12 years, you kind of have a built-in mysticism. The miracles. Walking on water. Bringing people back from the dead. It was all supernatural and mystical. Plus, I think it’s more fun to believe. Who would you rather be hanging out with at a party? The guy who doesn’t believe in anything and thinks everything is bullshit, or somebody who believes in the possibility of anything. To me, the answer is pretty clear.

Have you had personal experiences with the paranormal?

I’ve never seen a ghost, and I’ve never seen an alien. I dated a couple of women who had abilities. I dated one woman who had precognitive dreams about the future, where the events would come to pass. But the big one is that I dated a woman who could shapeshift. That’s usually what makes people think I’m crazy, which is fine. I get how it sounds. But when you see something happen twice, that’s more than believing — that’s knowing.

I’m intrigued. What did she shift into?

She had no control over it, she wasn’t like an X-Man or anything. But one time she just shifted into another woman all together. And another time she was nine months pregnant for a day. From evening until the next morning, it was like — boom. I mean, fully pregnant, I was there. I had my hand on her belly. I felt the baby move. We woke up the next morning and she was back to normal. It was crazy, man.

You have such smart material, but it never feels like you’re talking down to the audience.

Seeing people’s disconnect with American history today, is it time to dust off your old joke ‘United Snacks of America?’

It’s funny — that’s an old joke, but I have an updated version of it that I haven’t done yet. It’s amazing how much everything has changed since I wrote that. Maybe it’s time to put the updated version out there. The real message of that joke is that we can overcome anything and show up on the other side better than we were before. I know some people don’t feel that way right now, that’s unfortunate because I still truly believe we will.