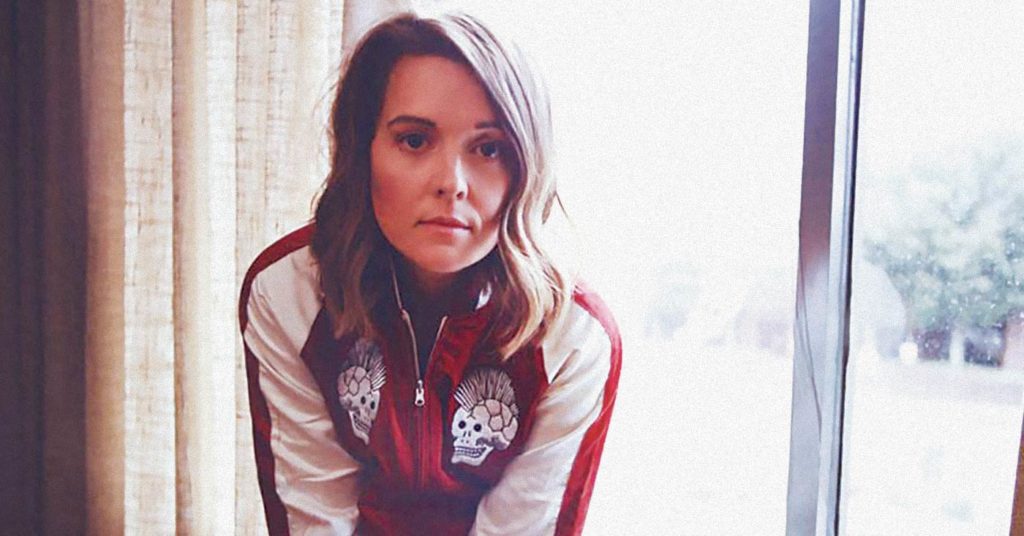 As her story goes, Brandi Carlile’s world was turned upside down when she became a parent a few years ago, fresh on the heels of same-sex marriage laws finally being changed and finding Carlile officially able to marry after years of fighting. It was all cause to take stock in her life and career, to take a look in the mirror and the nation’s mirror. It all ended up in her strongest record yet, By The Way, I Forgive You, which she’ll bring to The Palace Theater on June 23.

Even in the shades of light, they all sort of come from somewhere dark, too. How emotional of a record was this to make?
It really caught me by surprise, it did when I was making the record, because we were only keeping and only reacting to the really emotional stuff. Something happened to me when I became a parent, where I had developed a filter for writing and creating things, not just music, that were conscious in a way of me trying to look or appear cool, or with it, or hip, or any one way. I developed a much more philosophical ability to express myself because I just lost something around wanting to be seen as hip or smart or interesting or cool or like a rock and roll type person. I don’t know, I feel like my daughter helped me accept myself in ways that were bigger than I had before.

There are a lot of things a kid will do to you, but they especially take you back to a time that you thought maybe you escaped; being bullied in school, being insecure. Is that the position your song ‘The Joke’ comes from?
Oh, dude. The empathy is profound and it takes you by surprise, because you did think you escaped it and really maybe you only existed when it came back to you in your dreams every once in a while, being in school without your pants on or something like that. But, then you’re watching them do it, you’re watching them go and experience being in a social setting, and you’re right back there. The memories come back and the empathy is there and you’re nervous all the time, I’m worried all the time. All of your old memories of being in school, or the things that you went through as a kid, come rushing back to you.

Two prominent themes on this album are acceptance and forgiveness, but they don’t mean exactly the way we use them every day in this sense right?
Acceptance isn’t to be confused with complacency, and forgiveness isn’t to be confused with a kind of modern, suburban, white Judeo Christian use of the term that we use #blessedstyle. It’s radical and stunning and difficult process.

And what is radical acceptance?
Radical acceptance is the ability to accept and love someone regardless of whether or not they meet your requirements, and it’s so much easier said than done.

On the broader social humanitarian scope, there are so many movements out there now that are finally getting the conversations that they deserve. To filter all of that into writing, was that a challenge?
I always wanted to be one of those artists, I wanted to be like Dolly, and not be political, but I’m just not that girl. Politics have been really personal for me and my family, I wouldn’t be married if it weren’t for my focus on American politics or the fact that that shifted in my lifetime. I wouldn’t have my child. Politics and elections and social rhetoric, those kinds of things get real personal for me, real fast. They made their way in the same material that lead me to talk about compassion, forgiveness and family.

This album also comes on the heels of you celebrating the 10th anniversary of The Story. You’ve got Dolly covering one of your songs. When you have to go back and open up the chest again and pull out the old clothes, how much of that dust residue ends up on these new songs?
It’s so funny how much I’m learning that we are who we are from infancy, because it’s like when my daughter was born, this infant, this personality, I didn’t see it developing because it was my first kid. But now that she’s almost four, it’s like she has been that exact person from day one. The songs that I wrote when I was a teenager are still haunting me, plaguing me to this day. I’m still doing all those things, I still have all those problems and all those issues and all those habits. The dust from those songs and those events in my life is all over everything now, because really we don’t change. We collect realizations.