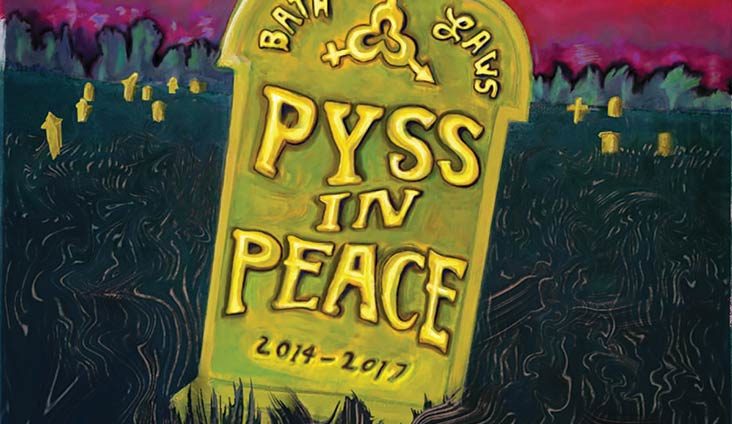 For the last few years, Bathroom Laws has been quietly developing their sound from the lo-fi death rock of their earliest work, to the lean post-punk that’s on Pyss in Peace. There’s a no-wave nonchalance on the record, a grimy, garage rock-fueled style of punk cut from the same cloth as The Damned or even The Ex, sneering and angular, a middle finger to the squares. Bathroom Laws aren’t interested in fitting in any box, and tracks such as “Moi Void” gleefully freak out all while breaking down. Vocalist Severin Martinez channels Ian Svenonius at his absolute rowdiest, calling for rebellion and pushing against cultural norms in all their shapes and forms.