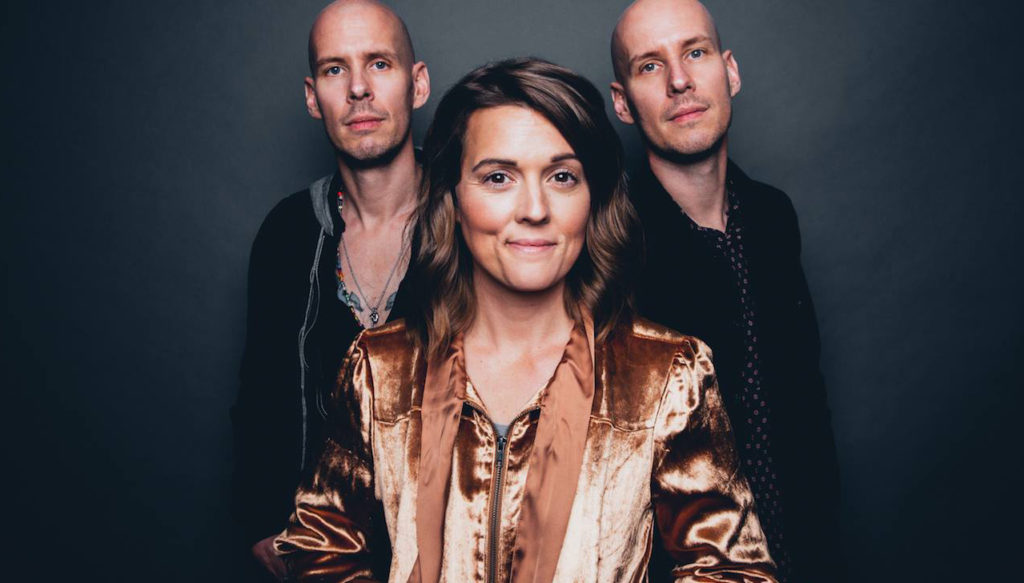 Last year, to celebrate the 10-year anniversary of Brandi Carlile’s The Story, 14 bands/solo musicians each covered one of the record’s songs, forming a compilation to benefit War Child UK, an organization that helps children in areas torn by conflict. There’s Dolly Parton’s uplifting rendition of the title track. Jim James puts a psychedelic spin on “Wasted.” Anderson East’s shaky-handed soul version of “Josephine” holds true to the original’s desperate edge. Pearl Jam speeds up “Again Today,” and Adele closes with “Hiding My Heart.” Barack Obama wrote the record’s foreword. It was a reminder that Carlile is a songwriter’s songwriter, consistently penning unique and evocative material, which was on full display on Saturday night at the Louisville Palace. Despite her onstage versatility, which ranged from playing solo acoustic to at one point having 11 other people onstage, the hard-hitting lyrics of her songs were never lost. And the majority of those songs on Saturday night came from By The Way, I Forgive You, Carlile’s 2018 album about family, parenthood, faith, empathy and civil rights, a lot of which was driven by the activism that led to her being able to marry her wife, and raise two daughters.

“I always wanted to be one of those artists, I wanted to be like Dolly, and not be political, but I’m just not that girl,” Carlile told LEO in a recent interview. “Politics have been really personal for me and my family. I wouldn’t be married if it weren’t for my focus on American politics or the fact that that shifted in my lifetime. I wouldn’t have my child. Politics and elections and social rhetoric, those kinds of things get real personal for me, real fast. They made their way in the same material that lead me to talk about compassion, forgiveness and family.”

At the Palace, Carlile pulled us all the way across her musical spectrum, from quiet and somber heartbreakers to loud, carefree Elton John covers. Along with her reliable rock band, most notably consisting of twin brothers Tim and Phil Hanseroth, she brought out a three-piece string section, and frequently invited openers The Secret Sisters up to perform — once even to sing one of their own songs. The other opener, Shovels & Rope, joined Carlile on “Hold Out Your Hand,” an explosive, quick-witted song, which she said was inspired by the husband and wife duo. As you would expect from someone like Carlile, who restlessly walks around country, folk, rock and pop on her records, but doesn’t neatly fall into any of those genres, her ability to move the show through so many iterations, so quickly and seamlessly, kept your attention all the way through. At one point, Carlile and the twins ditched the mics and plugs and played a completely acoustic song, promising to try to make the sound reach the back, but also promising a Led Zeppelin cover to make up for the hushed performance. The Palace isn’t really built to belt out songs without electricity, but they made good on their word, and then mirrored Zeppelin’s version of “Babe, I’m Going To Leave You” later on. Mimicking Robert Plant’s voice can go downhill quickly for a lot of people, but Carlile more than pulled it off.

While the balancing act kept the show exciting, it was still those direct, haunting songs that were the bright spots. Toward the end, Carlile played “Whatever You Do,” a poetic and chilly song about the present meeting the past, which builds into a whirlwind of strings, and hits with lines that remind you why Carlile’s a songwriter’s songwriter: “I never said I’m sorry, but I meant to / I never met a coward I didn’t like.”