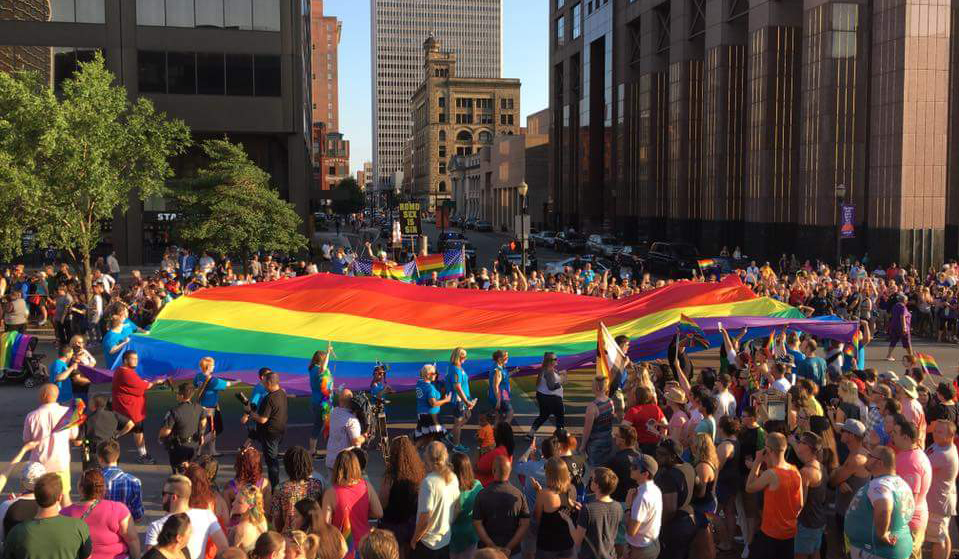 Book Discussions at LFPL
Louisville Free Public Library, Downtown and Middletown
Free  | 6 p.m. and 7 p.m.
If you’re into comic books, head to the downtown library at 6 p.m. for a group discussion of the crime comics of Ed Brubaker, who is known for his modern-noir comics. Or, if you are more into novels, you can join a discussion at 7 p.m. in the Middletown library with Author Terry Chambers. Chambers is a Kentucky author who will be discussing her latest book, “Rose Island,” about the abandoned amusement park in Charlestown State Park. To learn more about Rose Island, read LEO’s article: “Chase the ghosts of Rose Island, take a walk back in time.”

On the Record with Ryland Barton: Andy Beshear
Mile Wide Beer Co.
Free  | 6-7:15 p.m.
“On the Record” is a program by Kentucky Public Radio that aims to have “laid-back conversations about the latest in Kentucky politics with newsmakers, decision-makers and influencers … regardless of their political affiliation.” This month features a discussion with KPR’s Capitol Bureau Chief Ryland Barton, and Kentucky Attorney General Andy Beshear.

Vinyl Nite Poorcastle Appreciation Month
Galaxie
Free  | 8 p.m.
Vinyl Nite is hosting a full month of Poorcastle Appreciation-themed nights. Guest DJs/Poorcastle performers include Mosquito and Stagecoach Inferno on June 12, RMLLW2LLz and DS on June 19 (also a Juneteenth celebration) and Future Killer on June 26. But don’t let that stop you from bringing your own favorite records to spin.

Hard Rock Cafe Birthday
Hard Rock Cafe
No cover  | 11 a.m.-Noon
In 1971, the first Hard Rock Cafe was opened in London. This Thursday, to celebrate that birthday, Louisville’s Hard Rock Cafe is serving up Legendary Burgers for 71 cents. The special lasts from 11 a.m.-noon and will also feature live music and entertainment.

Louis Sell, U.S. Foreign Service
Louisville Free Public Library, downtown
Free (tickets required)  | 7 p.m.
As you already know, things between the U.S. and Russia aren’t great right now. But this isn’t new, and veteran U.S. Foreign Service officer Louis Sell is coming to Louisville to trace the history of U.S.-Soviet relations between 1972 and 1991, and explain how the fall of the Soviet Union led to the rise of Vladimir Putin. Sell will be interviewed by UofL political science Professor Charles Ziegler.

The Spins  | TV on the Radio
Against The Grain Brewery
Free (RSVP required)  | 8-10 p.m.
Listen to the sounds of “Return to Cookie Mountain,” the second LP from Brooklyn art-rockers TV On The Radio. RSVP for a chance to win this special Vinyl Me, Please edition of the record and other prizes. Clay Baker is hosting trivia that night as well, with a raffle for a chance to win the featured album.

Girls Rock Louisville 2018 Summer Camp Showcase
Zanzabar
$5  | 6 p.m.
Each year, Girls Rock Louisville holds a summer camp, aiming to empower girls and gender-nonconforming youths through music. During that time, the instructors encourage the campers to form bands and write songs. After the camp, the newly-formed bands play their freshly-written songs in public. This year, nine of those bands will play a few songs at Zanzabar on Friday. It’s a great concept from an important organization. —Scott Recker

2018 Kentuckiana PRIDE Parade and Concert (June 15–16)
Various locations
Free-$10  | 7-11 p.m.
Head to the corner of Market and Preston Street for the start of this year’s Kentuckiana PRIDE Parade. The parade will travel north on Preston, east on River Road and continue to the festival site at the Big Four Lawn. The concert costs $10 and features live music on three stages, with acts that include Big Freedia, Bridge 19 and Brandon Stansell. And after that, head to PLAY Louisville for the official Pride After Party with foam and the sounds of Big Freedia with guest DJ VJ Stretch. The first 300 people with Pride wristbands get in free.