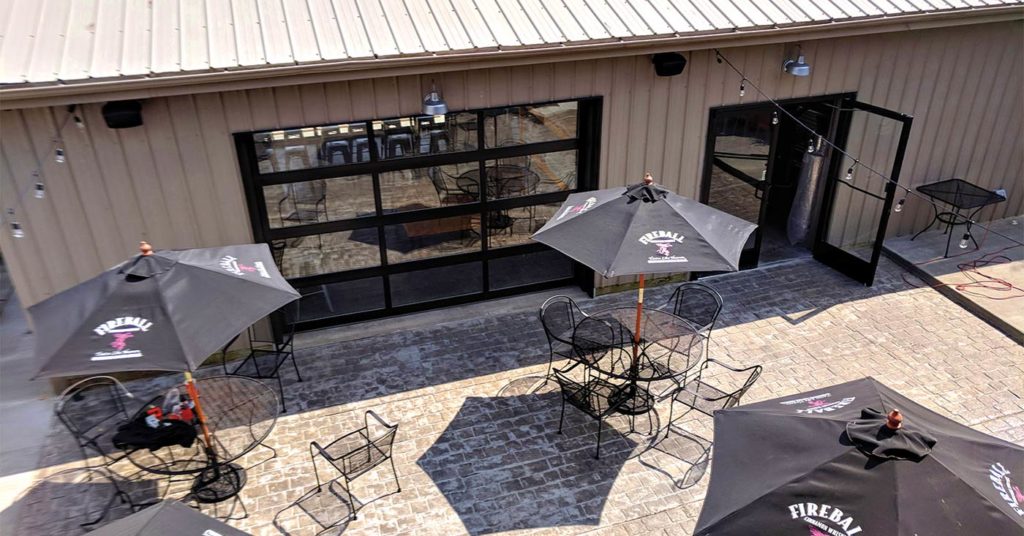 Too good to be true? Apparently. Word in the local beer community at the end of last year was that Against the Grain Brewery and Smokehouse was poised to purchase the Meriwether building, aka Swiss Hall, with the idea of turning it into a German-style beer garden and community center.

At least one news outlet reported the deal was sealed. But Against the Grain co-owner Sam Cruz told me at the time it wasn’t finalized, and that the brewery wouldn’t comment until it was.

Now we know — AtG will not open at the Swiss Hall.

“Disappointed for sure,” Cruz said. “We did everything right, with the best intentions for the space.”

Cruz said the project mostly had the support of the neighborhood, but one local resident took issue with the proposed changes to the property, which is what led to the conditions set forth by the  Louisville Metro Planning Commission.

The project was doable, but Against the Grain wasn’t biting.

Cruz said the brewery invested in the planning and support for the concept they’d envisioned and also paid to retain an attorney to plan for any challenges the commission might present to the plan.

“At the end of the day,” Cruz said, “we had no guarantee that we could get the space zoned with waivers to execute the vision of the concept, to be frank, it’s just simply not worth it if we cannot be who we are and provide the highest quality of project that we envisioned. We won’t compromise on what we will provide for our customers.”

He said he and the other brewery owners still believe in the concept they created and will keep an eye out for other spaces that might accommodate their vision. In the meantime, though, the former Swiss Hall project is “in a holding pattern.”

FCBC all decked out

Floyd County Brewing Co. over in New Albany recently unveiled the Grain Haus, a sort of brewery annex as part of an expansion of the brewery’s beer garden. The new outpost is behind the brewery, which is located on Main Street, and adds 25 beer taps to the brewery.

The space is decked out with reclaimed barn wood, plus materials from a former grain silo and table and bar tops made from former bowling lanes. In addition, the beer garden is expanded, with a small stage and added seating.

The beer list will be available via Untappd, a popular beer app; the Grain Haus bar will serve seven or eight Floyd County Brewing beers, with a rotating cast of other craft beers and a few import bottle selections.

Owner Brian Hampton, who started the brewery and restaurant three and a half years ago with his wife Julie, had been wanting to procure the space and building since the business opened, when he left behind a life in the ranks of Corporate America after being inspired during a trip to Ireland.

“I haven’t thought once about going back to Corporate America,” he told me. “It was sucking the life out of me.”

Who says beer can’t make you smarter? On May 8, Mile Wide Beer Co. will host a Teacher Appreciation Day event, no doubt in response to the governor of the Commonwealth and his apparent disdain for education.

Louisville Free Public Library will be on site signing up visitors for library cards and offer tutorials on accessing free ebooks and audiobooks. Teachers obviously are encouraged to attend the event, which is 5-7 p.m., and Commonwealth Cure will provide free snacks.

Finally, as part of this event, Mile Wide has announced it will add a bookshelf to the taproom for those who want to enjoy something more productive than TV or video games with their craft brews. As such, the brewery will be accepting any and all donations of books for the leave-a-book/take-a-book program. In addition, the brewery will begin subscribing to select magazines for more reading availability.

The second in Goodwood Brewing’s Fallen American Heroes releases in May, this one honoring Daniel Ellis, a Richmond, Kentucky, police officer who was fatally injured in the line of duty in 2015. A portion of proceeds will benefit Supporting Heroes Foundation, per the request of Ellis’ widow, Katie.

“Daniel was a servant to this community, his church and his family,” Ellis said in a press release. “He was a selfless person who so often put the needs of his family, job and our community before his own.  My hope is to keep his memory alive by committing to continue the legacy he started.”

Each can of Goodwood American Pale Ale will bear Ellis’ name, and the brewery also will host promotional fundraisers to honor his life. Six-packs will be available in retail stores and at the brewery taproom on East Main Street downtown.