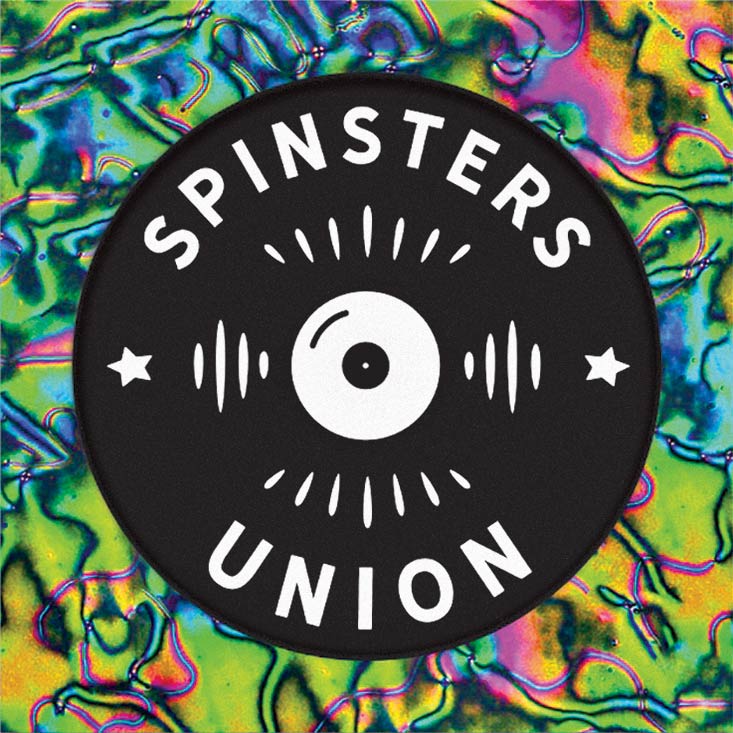 The view atop the 800 Tower City Club Apartments, just south of Broadway in downtown Louisville was stunning, yet completely overshadowed by the gathering that took place on a Sunday afternoon in March. Sunlight bounced through the top floor meeting room as 13 women and gender-nonconforming members gathered for the third meeting of the Spinsters Union of Louisville, which combats the visibility problems for Louisville’s female and nonbinary DJs. What we talked about varied — from gigs, to music recommendations, to managing drunks and to being on display in a gendered body and how to harness it for yourself in spite of others’ gazes. In just two months, the group has tripled in size and is in the process of booking a regular Thursday night engagement with Decca. We’re also establishing subcommittees on education and safe space venue initiatives.

Cofounders Sara Alice Wood and Kim Sorise started the Spinsters Union of Louisville in January. Wood, a Louisville native, was frustrated by the lack of bookings, considering the incredible talent she saw in these DJs. Sorise, a staple in the scene, agreed and was tired of the male-centric norms associated with DJ culture. It was clear the two held a shared interest in creating something to support and advocate for women and gender non-conforming DJs in Louisville.

Queer and female DJ collectives have been springing up in major markets for over a decade. In London, the Pussy Palace, once a nickname for the two founders’ flat, grew into a DIY Hackney hip-hop powerhouse for people tired of the impoverished politics of “how people should and shouldn’t be treated” in traditional clubbing scenes. Discwoman (New York), Anthology of Booty (D.C.), Girls Gone Vinyl (LA) and Chulita Vinyl Club (Austin/LA) are a few of the many collectives working to connect underrepresented DJs to an overwhelmingly welcoming audience.

The Spinsters Union of Louisville is a DJ collective with similar goals of inclusion, collaboration and empowerment. Unlike these other collectives, however, Spinsters membership is neither genre nor format specific. Our breadth of genre is vast, bringing together skilled and active contributors from across a wide spectrum of Louisville’s sometimes disparate music scene.

Jess Elle (DJ Ghouligan), a founding member and graphic designer for the Spinsters, sees the collective as having already had a major impact in Louisville. “Coming from LA, I was used to seeing women billed as headliners for large parties — folks like Gina Turner and Ana Calderon really led the scene just as equally as the boys, prompting other women, like me, to see equality as the norm. When I moved to Louisville, all of that changed. I wasn’t familiar with any names other than Kim Sorise and DJ S.Y.I.M.O.N.E. Spinsters Union of Louisville has changed all of that. Artists that have primarily played at underground events are now breaching Louisville’s mainstream night scene, and that’s important. Not only for current members, but for the girls in the audience that now have a visible path to becoming a performing DJ.”

Spinsters Union has two weekly standing engagements — Thursdays from 8-11 p.m. in the Decca Cellar Lounge and on Mondays at the Limbo for Mai Thai Happy Hour from 8-11 p.m. Coming up in June DJ S.Y.I.M.O.N.E, SCZ and Ghouligan are at the KY Pride Festival and in July watch for a strong Spinster representation at the Forecastle Party Cove with Ghouligan, Cave DWLR, DJ Bombshell, DJ Samosa and DJ Alli. Keep an eye open for Spinster scene-makers or to simply learn more, visit spinstersunion.com.