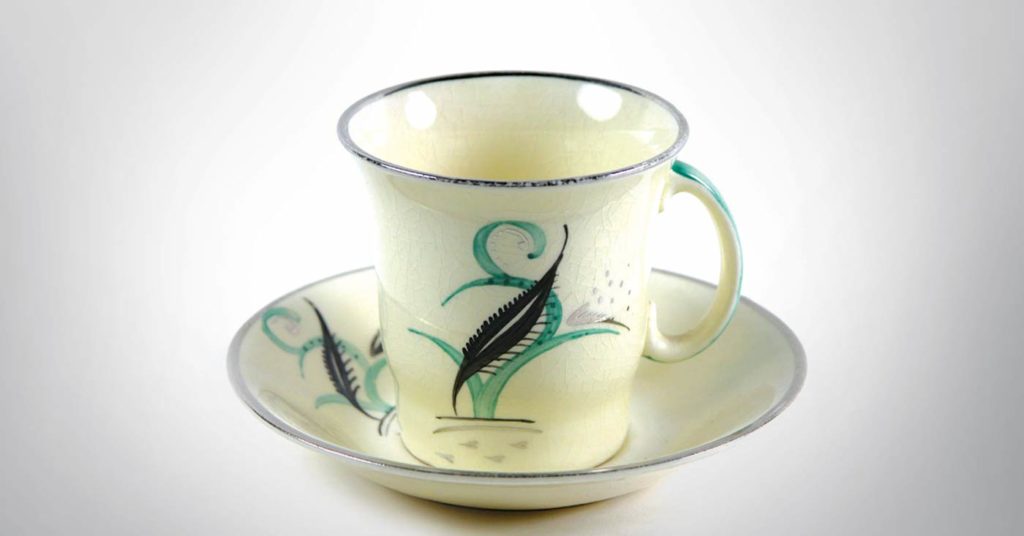 Consider this part two. “Thoroughly Modern: Women in 20th Century Art and Design” dovetails nicely with the Speed Art Museum’s recently-closed “Women Artists in the Age of Impressionism,” which was an excellent, traveling exhibition about women painters who lived in Paris from 1850 to 1900. With “Thoroughly Modern,” viewers can see how the creativity of women artists continued through the years.

The in-house show, gleaned from the Speed’s permanent collection, covers the years 1900 to 1960. It was co-curated by Chief Curator Erika Holmquist-Wall, curator of European and American painting and sculpture, and Scott Erbes, curator of decorative arts and design. “Thoroughly Modern” showcases the works of 21 artists.

“Many of these artists also launched their careers in the shadow of artist spouses or partners,” said Holmquist-Wall. “While some of these women stopped making art due to the pressures of raising families — or simply switched to working in traditionally female mediums such as needlework — their important artistic contributions began to be overlooked as the decades passed. Still others continued to make important strides in the male-dominated areas of commercial design and fine art.”

And many artists could take risks because of the popularity of modernism. American and European cities were experiencing industrialization and rapid growth, and women, artists and non-artists alike, took advantage of the changes in the culture. The show defines modernism in fine art, industrial design and commercial design as the trifecta of “practicality, affordability and mass production.”

Susie Cooper (1902-95) was a pioneer in British ceramics. She was young when she started her own business — 27 years old — in 1929. Her motto, “elegance combined with utility,” was coupled with her belief that good design should be affordable (something still stated by designers today). She also changed the industry by using enamel colors on her 1,000-plus patterns, which were durable enough for constant use instead of just on occasional or display.

The first American woman to head her own industrial design firm was Belle Kogan (1902-2000). She had to continuously fight the misconception that women didn’t have mechanical skills. “Manufacturers were quite antagonistic when a woman came around proposing new ideas,” she said. “I had to prove I had a practical mind.”

Eva Zeisel (1906-2011) had a rough beginning. As a Hungarian caught between Stalin and Hitler, she had to fight her way out of Europe before coming to America. Her big break came in 1942, when the Museum of Modern Art, or MOMA, in New York City asked her to design a line of white, porcelain dinnerware. Titled “Museum,” it was included in Zeisel’s exhibition at MOMA in 1946, the museum’s first solo show of work by a woman designer.

Overlapping the years of “Women Artists in the Age of Impressionism” and “Thoroughly Modern: Women in 20th Century Art and Design” is the Arts and Crafts movement. Popular in America and England at the end of the 19th century and into the early 20th, it reveled in handmade, not mass produced. “The empowerment of women in the world of design began with a movement that was consciously anti-modern — the Arts and Crafts movement,” Erbes said.

A wooden chest by furniture maker and metalworker Madeline Yale Wynne is included in “Thoroughly Modern” to help viewers understand the ebb-and-flow path to modernism. “Wynne’s chest was made in 1899,” continues Erbes. “It sits next to a ceramic tea and coffee service whose pattern was created by Jutta Sika around 1901. Though only separated by two years, they look like they are separated by two centuries. Wynne’s is brooding and romantic. Sika’s is cool and calculated, a precise equation of interlocking orange-red circles that jump off the stark white of the ceramic forms. It looks like something you might put into your IKEA bag on your next visit.”