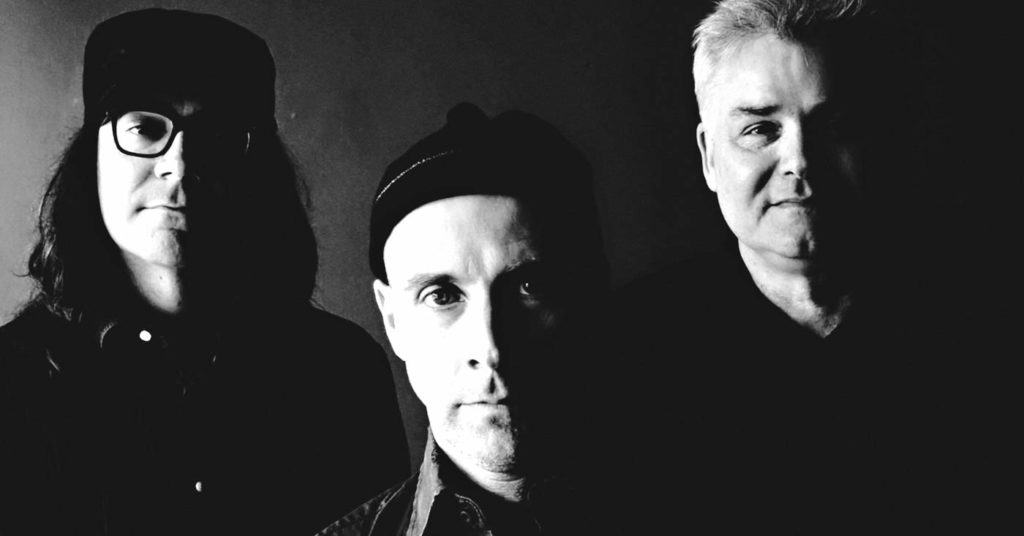 The instrumental music of The Messthetics is a change of pace for drummer Brendan Canty and bassist Joe Lally, otherwise known as the rhythm section for long-missed indie titans Fugazi. A trio made complete with virtuosic guitar player Anthony Pirog, The Messthetics present a blank canvas for the listener, unlike with Fugazi, which, for better or worse, had a didactic relationship with the audience.

“Not to get too trippy about it, but people could use it in their lives in a way,” Canty said. “Because we’re without words, it’s really reliant on the listener to bring their own narratives to the song. It’s the collaboration between us as the musicians and the listener. This is the first time that I’ve been able to have that relationship so open.”

In 2002, Fugazi went into hibernation, partially to allow room for Canty to raise a family. In the interim, Canty has spent his time creating soundtracks to films, while performing with bands such as Deathfix, Garland of Hours and All Scars. Lally moved to Rome, where he lived for several years, working on his own solo music, until returning to Washington D.C. in 2015. Canty and Lally have a long relationship as friends and performers, developing their own communication, a vocabulary they use when they are playing. The band found an ideal situation in their availability, a critical factor in incorporating Pirog into their shared language.

Now, Canty and Lally not only have an opportunity to revisit their history, reigniting a muscle memory that never quite goes away, but they also found the perfect partner in Pirog, who is a bit different than what either have been accustomed to.

Pirog brings a fresh energy to their dynamic. His guitar work is demanding and unflinching, offering a host of possibilities to react to. That tension builds during their practice sessions, which are recorded for posterity and pored over after the fact for clarity, a process that helps them craft and shape their songs from Pirog’s manic outpouring of ideas.

“We play a lot,” Canty said. “We have a groovy practice space, on the third floor of a nightclub. We practice at 10 a.m. or sometimes at noon. You wake up, you have your coffee. I think a big part of it is that we do get to get together during the day. They’re both in the same realm as I do, is that we have a lot of stuff going on. It’s a huge deal. It’s a big game changer.”

They use that time to not only evolve their ideas, but create their own conversation, which Canty hopes is best expressed in a live setting.

“Most of what we’re doing is setting ourselves up for these musical moments on stage and his moments happen really fast,” Canty said of Pirog. “It takes a lot to keep up, to hear him. He’s not just going to sit around and spend three minutes of a song developing one idea and have it pay off once. I likened it to trying to read the license plate of a car as it’s about to hit you. You’re trying to get it and then you’re getting run over.”

On their self-titled album, the band offers a mixture of familiar and fresh material that recalls Fugazi at its most razor sharp, without ever coming off as a cold retread. There are quiet, jazzier moments that lean into Pirog’s playing, a showcase for the versatility of Canty and Lally as a cohesive unit. Their music is tightly wound, offering an urgency that yields a host of results, while holding up a mirror for the audience to reflect their own thoughts into.

As a long-term veteran of the punk and indie community, Canty is eager for new challenges that continue his tradition of genre-breaking and the band achieves that in what seems like an almost telepathic manner, reading one another to truly live in the moment.

“The people you play with make you into a better player,” Canty said. “Everybody I’ve ever played with have brought something. You’re playing around in this Venn Diagram. And for some people that space is really tiny and you get frustrated. And then there are other ones and I think Messthetics is like this, but the space is so vast, that you don’t see the edges of it and you spend your whole time trying to find that. That’s what we’re doing right now. We’re pushing it around.”