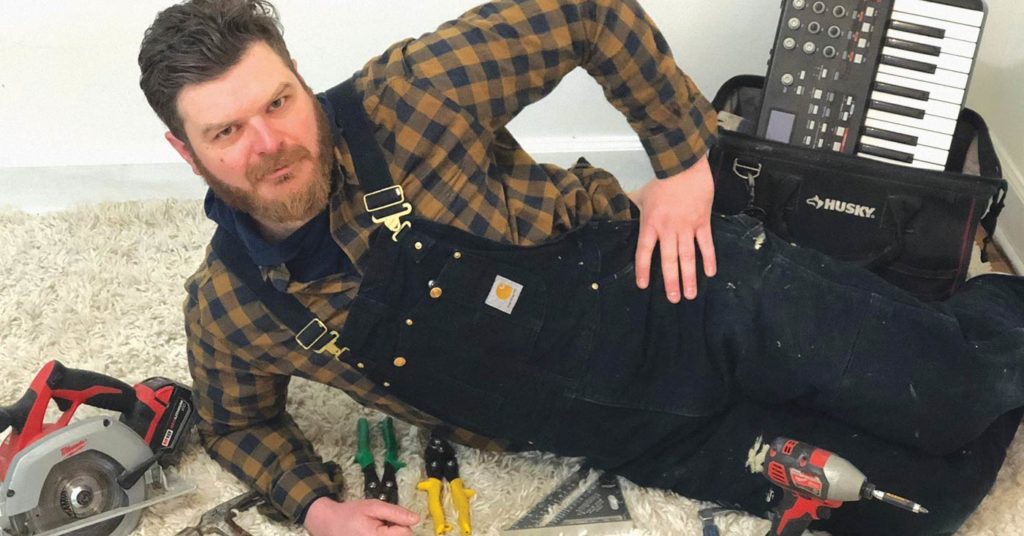 A veteran of the Louisville music scene, Atticus Coleman’s latest moniker, PERM, has a sharp, sensationalist, bombast, which is front and center in his song “Stephen Hawking Take The Wheel.” It’s a perfect showcase of his unorthodox pop appeal, and it’s a gem that’ll hum through your mind for weeks to come.

The song is, essentially, an uplifting dirge to celebrity scientist Stephen Hawking: a danceable lament to just what the universe lost when Hawking died. “It’s a call to action to get Christmas changed,” Coleman said. “From Dec. 25, Jesus’ birthday, to March 14, Stephen Hawking’s death date.”

With “Stephen Hawking Take The Wheel,” PERM delivers solid ‘80s gold for a cynical 21st-century world. He’s managed to extract all the best musical elements from the era, such as from Prince, Go West, Fine Young Cannibals and others. Fat, electro-funk bass anchors the playful, colorful synths, while Coleman sexy-whisper sings before launching into a dark-wave chorus perfect for a nighttime drive to somewhere cool.

Quite obviously, “Stephen Hawking Take The Wheel” is Coleman’s riff on Carrie Underwood’s country hit “Jesus Take The Wheel.” Long story short: Underwood’s song is about a woman in a car with her child as they hit a patch of ice, and she asks Jesus to take control. Coleman acknowledged “that these types of situations are tragic when they happen,” but the idea of sacrificing your future to unknown entities doesn’t sit right with him.

“This song is a jokey way of asking for a scientific approach to solving the world’s problems as opposed to letting the car drive off the road, so to speak,” Coleman explained. “In my view, this is absolutely the wrong thing to do. We need a reason-based approach to solving the world’s problems by implementing real data and the scientific method, instead of praying about our problems like Gov. Bevin has recently suggested.”

But don’t take Coleman for a cynic — he’s simply a fan of reason: “This song is about celebrating the life of someone who embraced science instead of faith when tackling big issues.”

At one point, before Hawking passed away, Coleman became lost as to where to take the general outline of the song. He “began to get frustrated and got stuck,” abandoning the process to instead prowl the time-eating corridors of social media. But as Hawking himself once said, “Life would be tragic if it weren’t funny.”

“I got distracted and started scrolling through Instagram and noticed a friend had posted a picture of ‘A Brief History of Time’ with a caption that read, ‘A fitting book to read today. Rest easy, Professor. Stay curious, friends.’ So I Googled it and saw that he had in fact passed away. The lyrics came together pretty quickly after that.”

“Stephen Hawking Take The Wheel” was released as a single (2018)