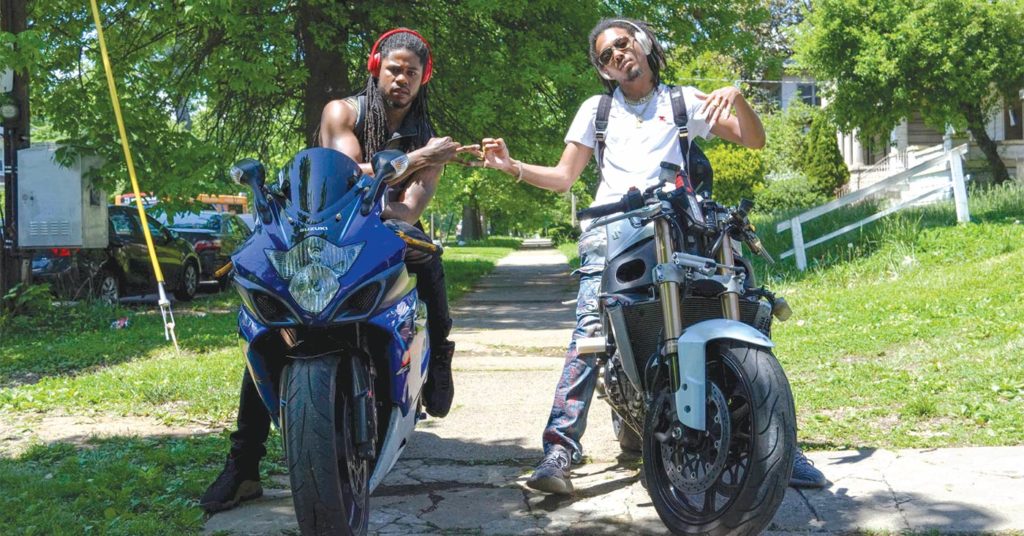 “If my life was an album, the title would be ‘There and Back.’ I done been all the way to the extremes. I done been to the penitentiary. I’ve done been through all of the hardships, and, now, I’m back. I’m comfortable and back with my family, living life. I’m levelheaded. I have kids, now. I’m here, I’m back, and I’m not going anywhere, because I have to be here for them.

It’s been a struggle as a young black man. That’s two strikes, right there. It’s three, now, because we’re in America. That’s the struggle, right there.” —Swag (Left)

“Going to jail was the defining moment that shaped me into the man that I am. I was watching who was there and who wasn’t there. I would brainstorm about what I was going to do when I got out to keep from being broke. I’ve been out for a year, now. My family inspires me every day.

My advice to the world is to stay focused and levelheaded. You can accomplish anything out here and make a living doing it.” —TJ (Right), Shawnee •