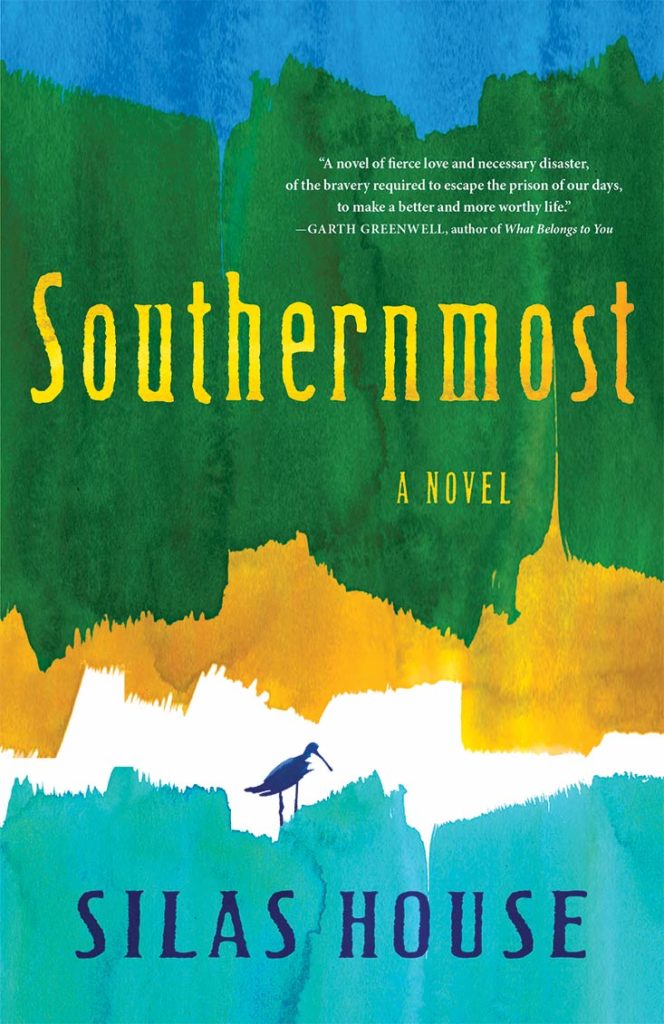 A community’s actions during a disaster rattle the conscience of a rural pastor. Tensions rise and lines are drawn within his parish, leading to a family abduction. Soon he is headed down to Key West, looking to reconcile with a brother who was shunned after coming out. These are the triggering events of “Southernmost,” the latest novel from Kentucky literary star Silas House.

The launch party for the book will be a unique event — put on by Carmichael’s Bookstore, with musicians Joan Shelley and Daniel Martin Moore listed as participants. The location, though, is Crescent Hill Baptist Church. That’s not the most obvious venue to celebrate a book that takes a hard look at the misbehaviors many churches have wrought upon gays.

House recently spoke with LEO about his choices. Some plot inspiration came about because he’s a fan of Joe David Brown’s tale of a fugitive father-daughter pair (“Addie Pray,” famously adapted as the film “Paper Moon”). The close creative union that he sees between writers and musicians led to the notion for transforming a typical reading/signing into, in his words, “a combination of music and words — not just a straight reading and also not just a straight concert. They’ll be playing songs that are featured in the book.”

LEO: Holding an event like this at a church — does it have to do with addressing church-related dogma vs. tolerance?

Silas House: Oh yeah, there’s a lot about hypocrisy and judgment. But the church we’re doing it in is known in Louisville for being one of the most welcoming places for LGBTQ people. It’s really bucked the trend of Baptist churches. So it makes a lot of sense to have it at this kind of church, because a big plot-point in the book is about a church that refuses a gay couple. And so to have it in an evangelical church — a Baptist church — that actually does welcome gay people is just perfect for this book.

Do you expect there to be healing in time for the fractures that seem to be dividing America in recent years? There are notes of hope in your novel’s concluding sections — but they do seem faint.

I never want my books to end wrapped up in a neat little package. I also don’t want to end in a note of doom and gloom. So the book does end with some ambiguity — but also with hope. I think that’s a reflection of how I feel about what’s happening right now. A lot of people feel like it’s such dark days [but] anytime there’s a big setback I also love to see people rise up and fighting back. And I think that when you have a group of people who have been shunned and pushed back all of their lives, there’s a kind of strength that rises up in them, too. And so, I’m never completely without hope on these issues. If I feel pretty low during some developments in the political world, I still have that hope. If you lose that hope, you’ve lost it all.

Did you always imagine so much of this story would be fugitives on the run? Or that there’d be such an action-packed beginning? There’s the flood and then very quickly things escalate regarding the family and things break down. This tale has an interesting arc.

I always saw this novel as about being on the run and running from the law. I always wanted to write a book like that. The main character was going to have this principled stand, but it wasn’t until I figured out there was a flood that he was really given an impetus for it. As a novelist you’re always asking, ‘why is this happening right now?’ So the reason he is finally made a stand for his gay brother is that this flood has happened and people are saying that it’s God’s wrath against the gays — because marriage equality has just happened. So it gives me the purpose for all the action, that propulsion. And it just naturally leads to great action when you’ve had this really destructive flood that’s just happened. I always like to write in a cinematic way.