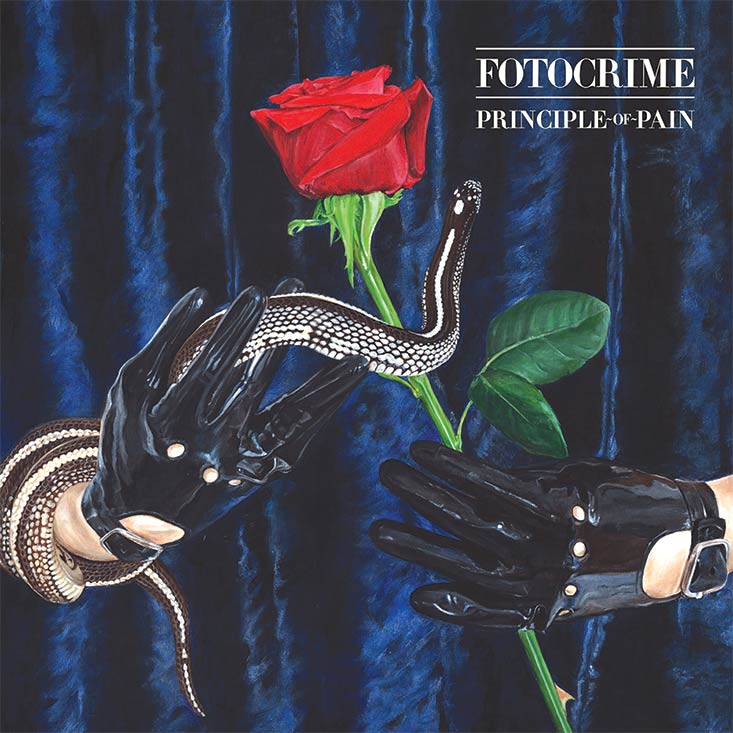 Fronted by the imposing Ryan Patterson, there is a freshness present on Principles of Pain, part and parcel to an artist reinventing themselves. Where his previous work in Coliseum and Black God featured a visceral approach to guitar — a particularly growling and vicious groove — Fotocrime seethes with a simmering rage. There is a cool calm here undercut by melancholia, a goth-tinged post-punk that relies on the ‘80s-inflected retro-futurism of drum machines and bubbling synths. Punctuated by spidery guitar work and plodding bass, Patterson elevates Fotocrime with his baroque voice that builds worlds only to destroy them.