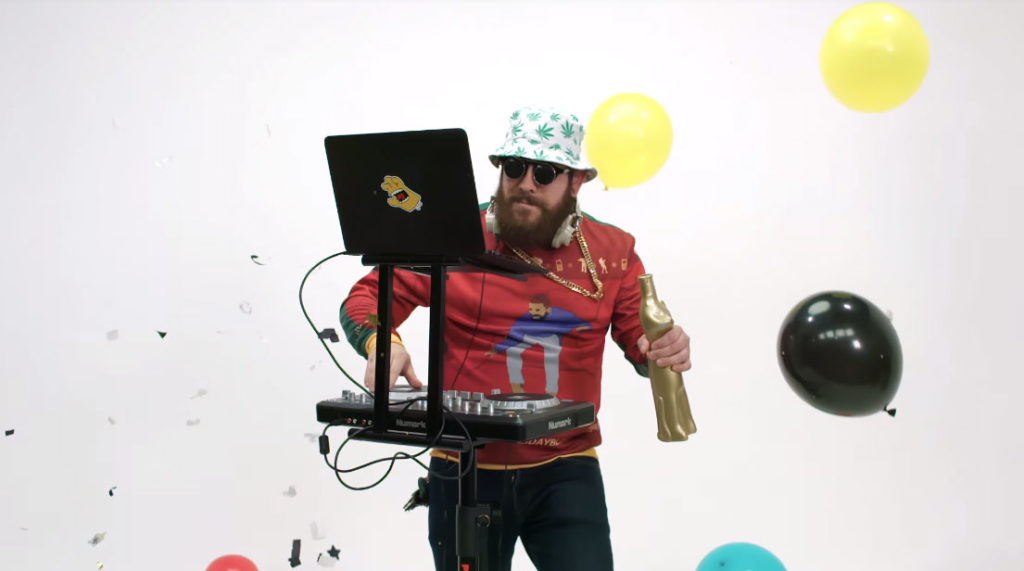 When the news hit that Schnitzelburg venue and bar The Cure Lounge was closing, a lot of people, bands and artists realized they were about to be without a home base. That includes DJ Duncan Cherry. The Louisville native has been spinning at The Cure since its opening weekend. LEO caught up with Cherry to talk about what will happen after the Cure closes its doors this Friday, May 18.

LEO: So how did you get started at The Cure?
Duncan Cherry: I actually met Floyd Freels, Alison Freels’ husband, probably in high school because he owns Riot Skatepark. [Alison Freels owns The Cure, but not the building in which it’s located.] Then, a couple years ago, myself and some friends, and Floyd and Alison went on vacation together. And I didn’t really know them as well at the time, but right after we got back is when they opened the bar. They asked me to DJ the first weekend they were open. We both enjoyed the vibe, so we made it a consistent thing.

You DJ a couple of different nights, right? Including the one called ‘Spring Break’?
I’ve been doing Spring Break for six years. I was doing it at Haymarket, here and there, and  a couple other places. But I finally found my home at The Cure. So I’ve been doing it there four years. It’s just sort of the music I grew up listening too. Late ‘80s, ‘90s, early 2000s, hip-hop, R&B throwbacks. I do a thing called Emo Night, which is sort of the angsty teenage years that a lot of people had, when bands were super cool, and Gadzooks, and Hot Topic, skateboarding, Warped Tour. Like, you know, when everybody hated their parents. Now, everybody is on good terms with their parents but still likes that music. Those are my two main nights at The Cure. We’ve done some other theme nights, but those are the two running ones.

So… like, do you have a home? For next? Are you going to start scoping out new places?
I’ve had a couple people contact me about moving some events. We’re doing the thing on Friday for The Cure’s last night, and I’ll probably take June off. I’d like to find a new home, but the thing about The Cure, is that it’s such a… it’s its own place. But I don’t wanna quit DJing..

So what’s special about The Cure?
The Cure, I actually think they won a LEO award for this a couple of years ago, like, The Most Eclectic Group of People at any bar in the city. On any given night, there’s been me DJing hip-hop up front, and like, a metal show going on in the  back. Or there’s a drag show going on while I’m doing Emo Night. It is the ultimate everyone bar. It’s just as much queer as it is straight, and just as much punk as it is hip. You’ll meet people that live in the neighborhood and walked to the bar, and you’ll meet people that live in nice houses on the other side of town, or college kids, or like, older folks will come to just get a drink and chat. It’s just always been the place for everybody that might not have a place. they feel comfortable.

When did you find out that The Cure was closing down?
I knew that they were looking at getting out of being involved with the bar. Floyd still runs his skate park, and two people that own a business hardly ever see each other. They were going to try to sell the bar, but then some things happened, and the landlord decided to sell the building.

What was your reaction emotionally?
I took me a little bit to really… I’ve been able to really do my own thing there, and create an  environment, and people come there for the environment, as opposed to DJing at a popular bar on Fourth Street. I’ve put a lot of work into it. I’ve made flyers for every month I’ve been there, so probably 75 or 80 flyers if not more. I’ve put heart and work into it. And of course, Mikey [Roges] the bartender and I are really close. If I DJ somewhere else, Mikey won’t be there. Which is part of the environment. He’s an integral part of everything. Not to mention Elliot [Turton] has been running sound and booking bands there for the last couple of years, and, I mean, he’s brought in so many great bands and shows. I definitely am sad about it. Just because there’s so many people who do such specific and really great artistic things that won’t have a home, or a place to do it. The bar pretty much never charged anyone to use the space, it was always an open space for whoever wanted to do something, so it really gave a lot of people like, a place to create and jump off to get things moving.

Any inside word on what the space will be next?
I don’t think it will be a bar again … I really hope no one buys the property, tears it down and puts a condo there. I’m pretty sure the building is a historical building, there’s like a placard. So hopefully no one will tear it down.

What do you wanna see happen next?
I want to see something else that will be open to all walks of life. Like, some people don’t go to certain bars for certain reasons. As a queer person, there is an element of ‘is this space safe for me to be in, is it safe for me to express myself?’ I hope that everybody who’s creative, doing outside the box things, really sees this as a reason for all of us to continue to support each other, and make things happen.