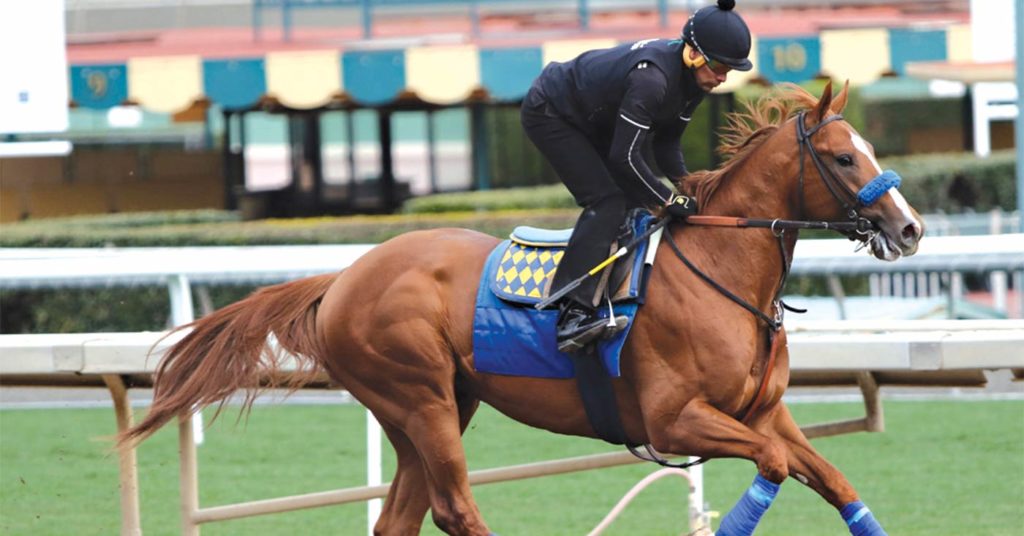 Picking the winner of the Kentucky Derby has been a relatively easy undertaking the last five years.

It’s been as simple as looking at the tote board, identifying the horse with the lowest odds and sprinting to the betting windows to place a wager.

Ever since 2013, an incredibly-startling statistic has been the rule of law on the first Saturday in May. Five straight editions of the Derby have been captured by the wagering favorite, a feat unmatched in the 144-year history of Churchill Downs’ Run for the Roses.

Considering all of that, it surely points to morning-line favorite Justify (3-1 odds, post seven) as the one to support in Saturday’s $2 million renewal of the mile-and-a-quarter classic. Undefeated in three starts, including the Santa Anita Derby, Justify certainly has the kind of talent that figures to attract large chunks of cash and make him the carrier of the torch in a bid for a six-pack.

All of which would seem to make discussing longshots in the Derby an exercise in futility. Yet let’s not forget that most favorites do not return enough from a $2 wager to cover the cost of a mint julep.

Also, in three of the last five runnings of the Derby, a horse at odds of 33-1 or better has finished among the top three, triggering the possibility of some very ritzy payoffs in the exacta, for hitting the first two finishers, and the trifecta, for connecting on the first three horses — not to mention place and show payouts that exceed the win price.

So, with visions of another pot of gold, let’s look at a few horses who can pay for a lavish dinner as opposed to a Quarter Pounder with cheese:

Solomini (30-1 odds, post 17) — If you have been following the sport since 2015, you’ll recognize this horse in an instant. His jockey will be wearing the famed “Pharoah Colors” of Zayat Stables, the illustrious turquoise and gold silks worn by American Pharoah.

He’s also trained by Hall of Famer Bob Baffert, who cared for American Pharoah throughout his legendary career.

The similarities stop there. Remember, Solomini is a longshot, not a once-in-a-lifetime star. Yet, as much as he owns just one career victory in six starts, he has the kind of talent that says he will one day win a major race for his connections. At two, he was second behind Good Magic in the Breeders’ Cup Juvenile. In his two races at three, he was second in the Rebel and third in the Arkansas Derby — the same Oaklawn Park stakes American Pharoah used as a springboard to a Triple Crown sweep. He was second to fellow Derby entrant Magnum Moon on both occasions, but a tougher early pace should level the playing field.

His connections also have excellent credentials outside of the 2015 Kentucky Derby. American Pharoah was one of Baffert’s four wins in the Run for the Roses and since 2009, Zayat Stables has three runner-up finishes in America’s most famous race.

Mix it all together and, unless there’s a wave of nostalgia cash for “The Pharoah Colors,” Solomini can offer the pleasing blend of nice betting value and a good chance at landing in the top three.

Hofburg (20-1, post nine) — As much as Solomini’s connections should be well-known to the Triple Crown set, the people behind Hofburg have become strangers on the first Saturday in May. Juddmonte Farms’ last Derby starter was Empire Maker, who was second as the favorite in 2003, and trainer Bill Mott has not saddled a horse in the race since 2009.

Yet both Juddmonte and Mott are racing royalty. Juddmonte has built one of the world’s best breeding and racing operations, and also campaigned stars such as Breeders’ Cup Classic, Pegasus World Cup and Dubai World Cup winner Arrogate and the undefeated European legend Frankel. Mott was the youngest trainer ever inducted into the sport’s Hall of Fame and held the record for most wins by a trainer at Churchill Downs until Dale Romans edged past him last year.

Hofburg is facing a severe test in just his fourth career start. His only win came in a maiden race at Gulfstream Park in his 3-year-old debut on March 3. He then rallied from eighth to finish second behind Audible in the Florida Derby, the prep race that has produced a record 24 Kentucky Derby winners.

With such a limited body of work, he might lack the seasoning to turn in a career-best effort at a grueling 10-furlong distance, but with Mott and Juddmonte behind him, he cannot be ignored, especially for a minor share of the purse.

My Boy Jack (30-1 odds, post 10) — He needed a strong late kick to win the Lexington Stakes and earn a last-minute spot in the field. That closing speed should be beneficial in the final furlong Saturday and it makes him someone to consider, even if you do not have a relative or friend named Jack.

He’s yet to run in a Grade 1 stakes on dirt, but in four Grade 2 and 3 appearances, he has never been worse than third. If the pace gets out of hand, he will definitely benefit and could hit the board at a big price — unless a lot of people who know Jack head to the betting windows.

Vino Rosso (12-1 odds, post 18) — Here’s another hunch bet, this time for folks who savor a nice Burgundy. His name means red wine in Italian, and his connections were hoisting a few glasses of that after he finally lived up to his potential and guzzled down the Wood Memorial at Aqueduct by three lengths.

His three earlier starts at Tampa Bay Downs did little to ferment serious Derby dreams, but the way he pulled away at the Big A indicates he can be a threat in the stretch if the frontrunners get wobbly.

He’s bred for the distance as a son of two-time Horse of the Year Curlin, and the people behind him know what it takes to win the Derby. His seven-time Eclipse Award-winning trainer, Todd Pletcher, and co-owner Vinnie Viola, who also owns the Florida Panthers of the National Hockey League, were part of the team behind Always Dreaming.

Flameaway (30-1 odds, post four) — He’s a tough, consistent runner who should be on or near the lead. That could put him in a difficult position turning for home, but he showed some grit in finishing second to Good Magic in the Blue Grass at Keeneland and that might come in handy here.

If the pace turns out to be moderate, with the way Flameaway battles, it would not be a surprise if he’s around at the finish — which is saying a lot about a famous race that has become highly predictable in the last five years. •