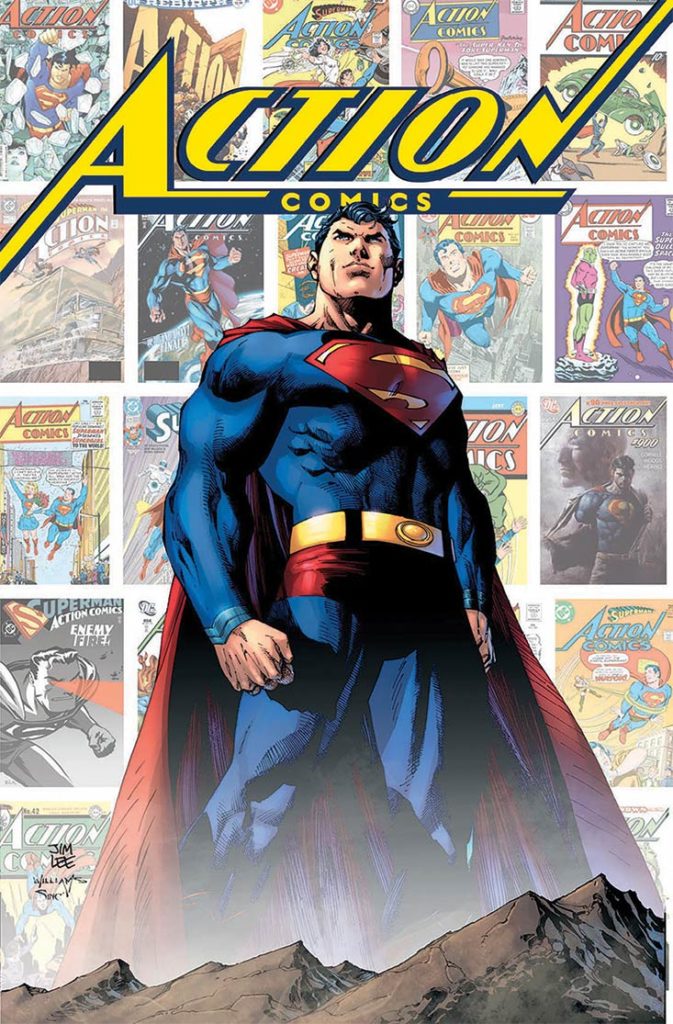 This issue arrived a couple weeks ago and sold out quickly. Since we were able to get in more, we decided to give it a salute.

This 80-page special begins with a story of a busy Superman battling Khund warriors to keep them from attacking Earth. At the same time, Metropolis is celebrating Superman Day in order to show its gratitude to the Man of Steel. When he does show up, as Clark Kent, of course, he’s reluctant to accept the showering of appreciation, feeling that he is just doing his duty, and that he’s far too busy. But as various people begin to tell their stories, he finally is moved and realizes how important he’s really been in the lives of so many.

The second story finds our hero trapped by a villain named Vandal Savage, who has imprisoned him in a “fabric of yesterdays,” which lets Superman see real and imagined past memories from the 1930s and on toward the present day. He finds his way through, remembering some very Superman-ish things — that “abiding by the morals and ethics ingrained in you by your Mom and Dad… along with the lessons you’ll learn in your own life… can pull you through the darkest moments.”

Action No. 1,000 is full of stories like these and is a fitting celebration of our oldest comic book hero. DC also released a hardcover book called “80 Years of Superman” for all the super fans of the Man of Steel. 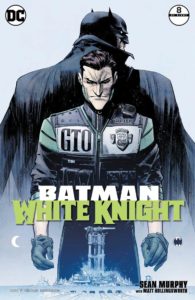 Sean Murphy’s eight-part miniseries “Batman: White Knight” has been a treat from the beginning, bringing together the best parts of every version of the Dark Knight to create a fresh, entertaining and, ultimately, tragic story.

The miniseries sees the Joker reverted back to his old, normal self, Jack Napier (a name pulled straight from Tim Burton’s 1989 “Batman”). The reformed Jack begins a career in Gotham City politics, hoping to finally best Batman the legal way. What follows is a complex, dramatic tale that critically examines both characters and pushes them beyond labels such as “hero” and “villain.”

Murphy somehow also manages to work in new, fascinating takes on old Batman standbys such as Mr. Freeze and Commissioner Gordon, as well as Batman’s expanded cadre of allies such as Nightwing and Batgirl. Perhaps more important, “Batman: White Knight” does right by Harley Quinn, transforming her from a sidekick into a main character in her own right, as well as providing the most refreshing take on her relationship with Mr. J I’ve read so far.

“Batman: White Knight” is best enjoyed as one, complete story, more than the sum of its parts, and now that Issue No. 8 is out, you can do just that. The issue itself can occasionally feel rushed or over-stuffed, but taken as the concluding chapter of Murphy’s narrative, it’s a standout hit.