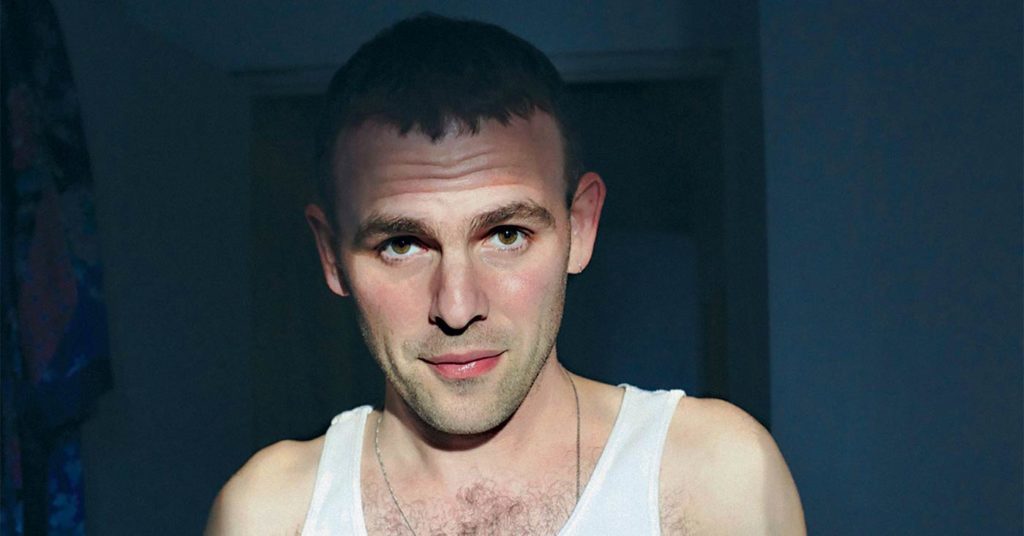 Damon McMahon admits his project Amen Dunes comes from a trance state, unsurprising for anyone who has followed his incandescent art-pop for the past decade. His bucolic freak-folk debut, DIA, was recorded in solitude in a Catskills, New York cabin. The follow-up, Through Donkey Jaw, retained all the psychedelic flourishes, vision-quest imagery and found-cassette production, but with tighter hooks and a release on the highly-curated Sacred Bones label. His latest, the thematic Freedom, is a natural outcome of Amen Dunes’ trajectory toward a bigger — and more accessible — sound. No qualifiers like “lo-fi” or “psychedelic” or “bedroom recording” are needed here — Freedom is an incredible piece of rock and roll music. Mercurial and confident like Lou Reed’s New York City street records during his creative peak, but without Lou’s bullshit, the New York-based McMahon has reinvented himself with each record, drawing inspiration from a deep well. It’s one of the most compelling and bold albums of 2018.

LEO: Freedom seems such a departure sonically from the murkier, more lo-fi work before 2014’s Love. Was it a conscious choice to move in a more accessible direction or is that how Freedom turned out?
Damon McMahon: It was very conscious. I only did those records lo-fi because those are the resources I had. I didn’t have a budget to go to a studio, so I was doing it all on my own and didn’t know how to do it any better. Even in the DIA days, I wish I had Abbey Road, ya know? I never intended to be murky or put out obscure records. I think a lot of people thought that [sound] was intentional, but it never was.

Kinda like Ariel Pink, who’s making the records now that he wanted to make — and not sound like a warped cassette.
That’s exactly right, man. I just did the first records in basements and whatever random places.

One line that really stood out to me was in ‘Blue Rose’ when you sing, ‘We play religious music / Don’t think you’d understand, man.’ I’ve always picked up a sense of spirituality in the music, intentionally or not, especially on DIA with that more introverted feel. Does spirituality inform Amen Dunes or were you speaking more in character or like an abstraction?
That line was actually… kind of an unspiritual line. There’s my subjective and objective self — there’s this character, and then there’s this non-human element that makes the music and calls the shots. That line was a punk line, like calling people out in an unconventional way. Instead of saying, like, I’m a badass or something, it was ‘I make religious music.’ It’s almost like a hip-hop thing, that sort of mentality. In some ways, it was making fun of my whole thing, making fun of the fact it was a spiritual thing in a way. That being said, this ‘Blue Rose’ character, who is this sort of cocky renegade cowboy, the story of this guy — me, I guess, it’s sorta autobiographical — uses music as weapon. My mode of separation from my peers is making fun of spiritual music. But then, Amen Dunes is completely spiritual music. The only reason I get any melodies or any of these songs is because they’re given to me by some other kind of energy. I wasn’t using that line to say that though. I was using it as a terrestrial call out.

Thinking about speaking through these different voices who peel back these, um, layers or totems of masculinity, would you consider Freedom a concept record like a Sgt. Pepper’s or The Wall in the sense that there are characters?
One-hundred percent. Freedom is literally a traditional concept record. So, I am not conscious when I’m writing my own music. This was made over the course of two years and the direction and themes of the songs and subject matter were a little bit of my own self exploration, but it really was divine direction, if I can be bold. I have my own life separate of my music, my own introspection, and whatever was happening in my real life directed these songs. So, my objective was like ‘I wanna write songs about masculinity and my Irish and Jewish side, or the kids I knew who passed away or went to jail, or I wanna write about growing up or New York or whatever.’ But my practice outside of music ouija boarded those subjects into a concept album, which is about letting go of all those ideas for songs. I was setting about a very conscious way of talking about myself, and whatever was directing the music was like, ‘Dude, you’re not that important. There’s a much bigger theme, which is relinquishing all those selves.’ One day, I woke, and the album was done and called Freedom, which I only called it that to be a dick. It was a cool album after Love. It was funny, it was punk. But, my higher self made that title perfectly logical, because it’s about letting go of these ideas of yourself.

I was gonna ask you about album titles, these broader thematic arcs — Love, Freedom — but it sounds like nothing is really meant to be anything. You’re letting things come to you as a conduit for whatever creative force is around you.
Yeah exactly. It’s like, how… I don’t wanna get too weird with you here…

No, get weird!
[Laughs] OK, so there’s a million things happening all at once, in any single moment. A part of me was consciously constructing these songs and in a cheeky way, calling it Love and Freedom, but there was a second self leaving this very honest depiction of my own spiritual growth, and the Love album was the first about practicing devotional love. I don’t go to church, but [doing that] in my own way. And freedom is the objective or the goal of practice of devotional love. •

So I mean this in the most loving way, but…[laughs]…I dig a lot of classic rock and heartland rock, something bands like The War on Drugs have really honed in on lately, and I detect hints of that in Freedom, which I love. It makes me curious how your life in New York informs something that doesn’t quite sound like the city.
Totally. I mean, I was also thinking about Gucci Mane and Young Thug making this record too — those attitudes — and it has some electronic music, too. But also, it’s my attempt at making pop music. A big factor in making this album was mainstream music. Those are my influences. I love that shit, any true head loves obscure and mainstream music equally. I believe that. And anybody who fucking says they don’t like The Beatles should stop listening to music. They should be arrested, actually.

I’ve almost gotten in fights with dudes who say The Beatles are overrated. It’s the dumbest take.
Absolutely. So I wanted to access a part of me that I never had before. Growing up I loved pop music. My dad turned me on to The Band, Bob Dylan, Grateful Dead. So I went in wanting to make my version of pop-rock music, with pop as Michael Jackson and INXS and rock as Tom Petty, Oasis, Nirvana, some Massive Attack. Mainstream is mainstream often for a reason, because when it’s good it’s really fucking good. As I get older, I become more interested in what’s really good than what’s really cool.

[laughs] That is a mantra! Speaking of pop, last time you played town, you supported Godspeed You Black Emperor, and this time Fleet Foxes, and to my mind is a pretty big gulf.
Yeah, I’ve known Robin for a long time and he asked me to open. I liked the idea of playing, you know, to more people. I don’t wanna just keep my music to WFMU people. I appreciated it that, but my music is pop rock and I want to get people’s attention. I want people to be able to enjoy because they could if they had the chance.