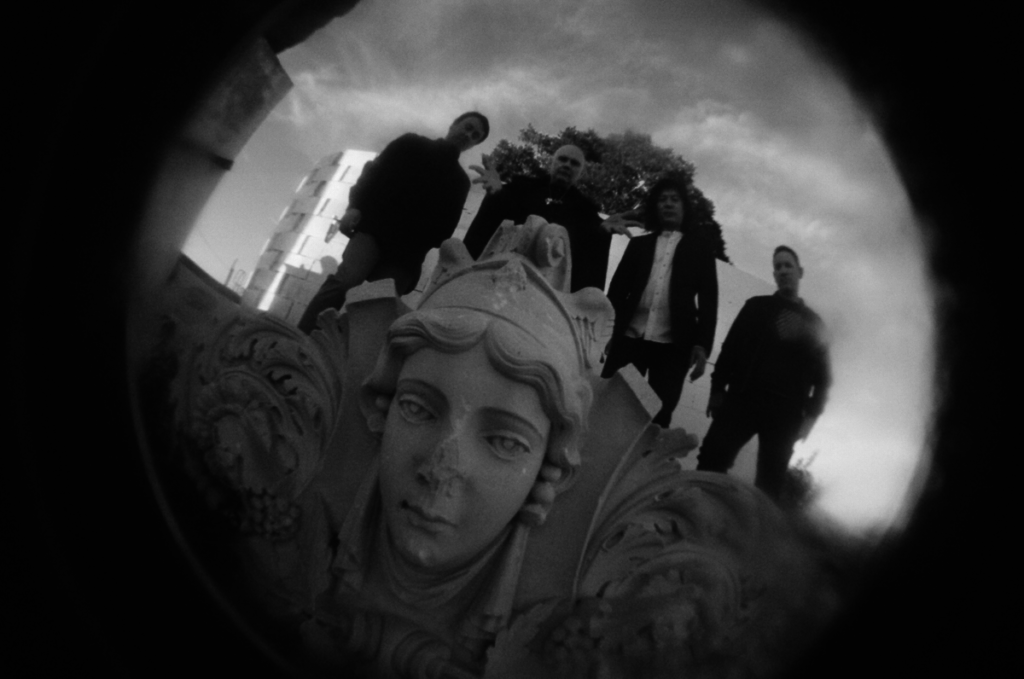 Wednesday, May 30
J. Roddy Walston
Waterfront Wednesday  |  Big Four Lawn  |  wfpk.org  |  Free  |  6 p.m.
For this month’s installment of Waterfront Wednesday, 91.9 WFPK brings in the roots-heavy, classic rock-leaning band J. Roddy and the Business, as well as Brooklyn-based indie kids that explore the lines of doom-metal with Sunflower Bean and the throwback-style troubadour Parker Millsap. There are few better places in town to spend a Wednesday night than down by the river, taking in a concert for free, with the amount of talent that would usually cost about $20 to see. —Scott Recker

Thursday, June 7
Shilpa Ray
Zanzabar  |  2100 S. Preston St.  |  zanzabarlouisville.com  |  $10-12  |  8 p.m.
Shilpa Ray (shill-puh-ray) / proper noun /: A Brooklyn-based singer, frontwoman and hardcore harmonium player. Possesses the voice of a charismatic street poet, setting scenes with her cynical musings and dark blues, delivered in a fluid rock and roll rasp. A voice that demands attention, who has backed the likes of Nick Cave, Man Man and Acid Mothers Temple on distant tours while leading her own eponymous band for over a decade-long span. The latest Nihilism EP released May 16, although only two tracks, holds us over until she’s ready with more stories to tell. Pleasure Boys and New Mother Nature open. — Lara Kinne

Friday, June 8
John Prine
Louisville Palace
625 S. Fourth St.  |  louisvillepalace.com  |  Ticket start at $62  |  8 p.m.
John Prine has as much in common with Kurt Vonnegut and Raymond Carver as he does with his contemporary folk singers like Bob Dylan and Townes Van Zandt. His stylish, sometimes quirky, sometimes heartbreaking stories are evocative, building little worlds that dig into the core of everyday troubles and victories. He can be funny without trying too hard, and can be deadly serious without dragging you into a ditch. His stories cut from dozens of idiosyncratic angles, and he’s a songwriting giant.—Scott Recker

Tuesday, June 19
Too Many Zooz
Headliners Music Hall  | 1386 Lexington Road  |  headlinerslouisville.com  |  $10-$18  | 8 p.m.
Miles Davis said: “Anybody can play. The note is only 20 percent. The attitude of the motherfucker who plays it is 80 percent.” Too Many Zooz understands that. Led by energetic baritone saxophonist Leo Pellegrino, the trio started by experimenting in the subway stations of New York City and quickly became YouTube sensations, while taking their brasshouse-style music onto train cars, the streets and eventually to venues across the world. The Zooz formula has not changed: Staccato and groove-heavy, Pellegrino’s commanding baritone interplays with the sharp soloing of trumpeter Matt Doe. The drummer, simply known as “King of Sludge,” moves freely, banging on a single drumhead affixed with enough percussive attachments to accommodate a one-man band. Joe Hertler & The Rainbow Seekers open. —Lara Kinne

Thursday, June 21
Young Widows  |  Zanzabar  |  2100 S. Preston St.  |  zanzabarlouisville.com  |  $15  |  8:30 p.m.
Louisville post-Industrial noise group Young Widows is back in the saddle and hitting the road for a dozen shows throughout the eastern seaboard including New York, Chicago, Washington D.C., and Birmingham, a tour that ends in their hometown of Louisville. In honor of the 10th anniversary of Old Wounds, the band will play the album from start to finish at each date. The tour also celebrates their newest release (on June 8), a double album titled DECAYED: Ten Years of Cities, Wounds, Lightness, and Pain — a collection of B-sides, rarities and unreleased recordings over their impressive 12-year career. —John King

Friday, June 22
Stephen Malkmus And The Jicks  |  Zanzabar  |  2100 S. Preston St.  |  zanzabarlouisville.com  |  $20-$24  |  9 p.m.
For kids growing up in the ‘90s, revisiting the music of your misspent youth can yield mixed results. Some things just don’t hold up so well. But Pavement’s Stephen Malkmus and his shaky brand of indie pop — just a little jangly, just a little off — has staying power, as evidenced by his continued relevance. Now performing with The Jicks, Malkmus mixes in some of that old-school swagger, updated by slick musicianship that brings in elements of country and prog rock — a dazzling display of an icon that remains as critical today as when he first came on the scene. —Syd Bishop

Friday, July 20
Femi Kuti
Headliners Music Hall  |  1386 Lexington Road  |  headlinerslouisville.com  |  $22-$25  |  8 p.m.
Femi Kuti — the son of Afrobeat legend and innovator Fela Kuti — carries on in his father’s footsteps, both in terms of blazing musical trails and by being an outspoken activist. His live shows are energetic and hypnotic. And they somehow make you feel better, and think about the world’s problems, at the same time. —Scott Recker

Saturday, July 21
Smashing Pumpkins
KFC Yum! Center  |  1 Arena Plaza  |  kfcyumcenter.com  |  Tickets starting at $32  |  7 p.m.
Classic Smashing Pumpkins is something to behold, as they were next-generation, hook-heavy students from the school of Shoegaze. Fronted by the irascible Billy Corgan, the band released a series of well-received records before drifting off — the original lineup scattered to the winds, leaving Corgan and a who’s who of replacements to carry on. For the last decade and a half, the result has been a scattershot of songs on which Corgan struggles to recapture his youth, all while publicly making an ass of himself, including multiple trips to the Alex Jones radio show, a foray into professional wrestling and rants about the next generation. Reuniting most of the original lineup, the band is poised to continue Corgan’s very public meltdowns, hopefully peppering in a few decent callbacks to their glory days. —Syd Bishop

Sunday, Aug. 5
Marilyn Manson
Louisville Palace  |  625 S. Fourth St.  |  louisvillepalace.com  |  7 p.m.  |  Tickets start at $45
The dark prince of shock rock, who was a multiple-time gold medalist in pissing off suburban parents in the mid-to-late ‘90s, is back on tour. There’s no one in rock and roll quite like Marilyn Manson — he’s like if Alice Cooper went off the deep end, mirroring the anger of a generation of kids who were mad as hell, but can no longer remember why.—Scott Recker