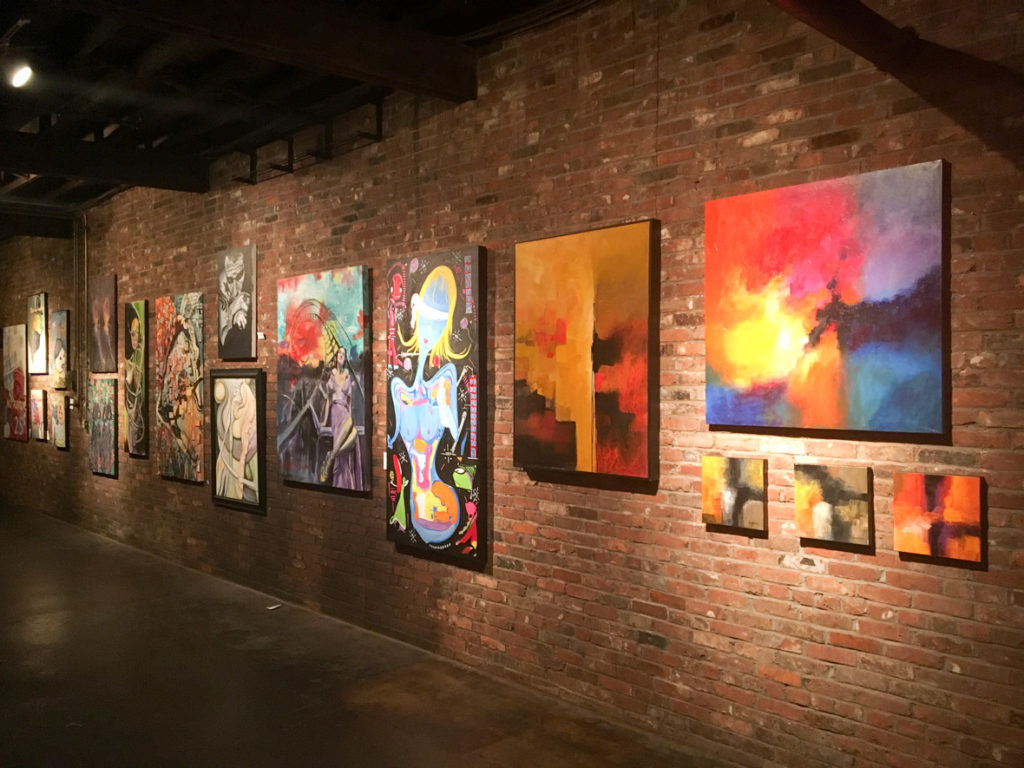 After four years on the vanguard of an ambitious plan to revive Portland, Tim Faulkner Gallery will close by April 30 and reopen this summer in Paristown Pointe. Below, gallery co-owner Margaret Archambault reflects on the gallery’s evolution and its highs and lows in Portland.

Developer Gill Holland said the Portland space remains part of his vision for the neighborhood: “While we are sad to see Tim Faulkner Gallery and its art leave Portland, we know they will continue showing some good art wherever they end up … In addition to the other occupants who stay on at 1512 Portland Ave. (McQuixote, etc.), the building will continue (under new leadership soon to be announced) to be an events and community gathering space. We see Portland’s continued emergence and importance as Louisville’s cultural hub only strengthening, with UofL’s MFA program starting classes this fall at its renovated warehouse at 16th and Rowan streets, and Louisville Visual Art’s big plans for its warehouse at 16th and Lytle streets, not to mention all the public art and murals and the artists who have moved homes or studios to Portland over the last five years.”

Moving, the Organic Evolution of Art

Tim Faulkner Gallery turned 10 last December doing what is often said “can’t be done.” This is a familiar concept to artists and those intimately involved with TFG. The restriction and challenge of “can’t” is an illusion which disguises the “can.” By allowing ourselves as artists, the freedom to embrace evolution as a natural method of growth, we ensure healthy organic change. No reward is greater than that which has been earned by sacrifice and dedication to the dream. Now, our dream is finally coming to fruition, with what we anticipate will be our final move. Yes, we are moving, to the Paristown Pointe neighborhood to be exact. Portland marks the end of what has been a 10-year journey and the beginning of a new decade devoted to Art. Smaller in size, but ideal to our vision, the new space will house artist studios, an upscale white-walled gallery (a first for us), a bar and courtyard, but first we are taking a break.

What began in NuLu when it was simply East Market Street; TFG grew out of an obvious need, which was instantly recognized by Tim when he moved here after Hurricane Katrina. He began with a focus on visual art, but, by the time his new gallery moved from 815 Market St. to 632 Market St., the atmosphere began to change organically. As a painter living in Louisville since 1987, I knew what we as Louisvillian’s lacked when it came to the visual art scene. The day I met Tim Faulkner, I knew that was about to change. I walked in on Sept. 29, 2009 and never left. At the time, it was only two rooms, a foyer and a small balcony, but had an atmosphere unlike anything I’d ever experienced in Louisville. An energy steeped in the passion of each person whose work hung on the walls. He and I joined forces and within the first year took over the entire second floor. Those who remember braving the narrow path between the Victorian-era brick buildings lining Market and taking the mysterious steps up to the second-floor, black door,  may remember very well the feeling when they opened that door and walked into what became a kaleidoscope of brightly-colored rooms, unexpectedly bustling with crowds. A carnival of joy and creativity.

Four years on Market led to our much needed, larger Butchertown location. Here, we were able to live on site and include studios, shops and space for performance; the experience was magical. With 17 individual spaces, live music and a fire pit in the courtyard, the crowds continued to grow. Thousands of people, over just a two-year period found a place that inspired. A place where following your own personal vision seemed within reach. A place that made the status quo the anomaly. Where the First Friday of each month drew the curious in support of the talent of our local art bench. However, with that many people, we needed parking. This is where our Portland warehouse came into view. Without missing a beat, we left Butchertown and opened our first show in Portland on the First Friday of February 2014. It’s hard to believe that more than four years have passed since that February opening! In that time, we did everything in our power to create a welcoming space for everyone with a dream. A quick glance at our history clearly demonstrates the diversity we hold dear. Thousands of creative people striving to be the very best version of themselves. Then, in the spring of our third year in Portland, tragedy struck.

On March 18, 2017, a beautiful, young woman, Savannah Walker, was killed at the hands of an unknown, gun-wielding person. To say everything changed that day would be an understatement. When you’ve built a place for good, and evil rears its ugly face, it leaves a scar on your heart and plants a seed where fear grows. Loud noises that meant nothing the day before suddenly evoke flight, giant crowds of happy people began to seem sinister and dangerous. Our gallery had always been a place where love outperformed hate, where a paintbrush, a spray can or a microphone were the only weapons needed. Then, three weeks after this tragic event, a gross misinterpretation of our First Friday show in April got out of hand on social media. The attack on what has always been a beacon of diversity was horrible. Let’s be clear: TFG has never — and would never — host a “white supremacist art show,” even in the name of art.

So, where does that leave us?

Well, it comes down to this. We have never taken a break. For the entire 10 years of our existence, it has been one show after another. Bottom line — we’ve earned some vacation time. If you figure the standard to be one week of vacation per year, then we’ve earned 10 weeks off. Now, anyone who actually knows us, knows we won’t be lounging around doing nothing for those 10 weeks, although that doesn’t sound bad. In fact, our focus will be on what we do with our next 10 years. One thing, however, is clear. It’s time again for us to evolve. Our focus will be on the Art and the artists who create it and less on the events; much less.

Soon, the exact location of TFG will be revealed, and we look forward to welcoming you to our refocused vision of Art. In the meantime, keep creating and believing in the power you have to build your own destiny. See you soon. •