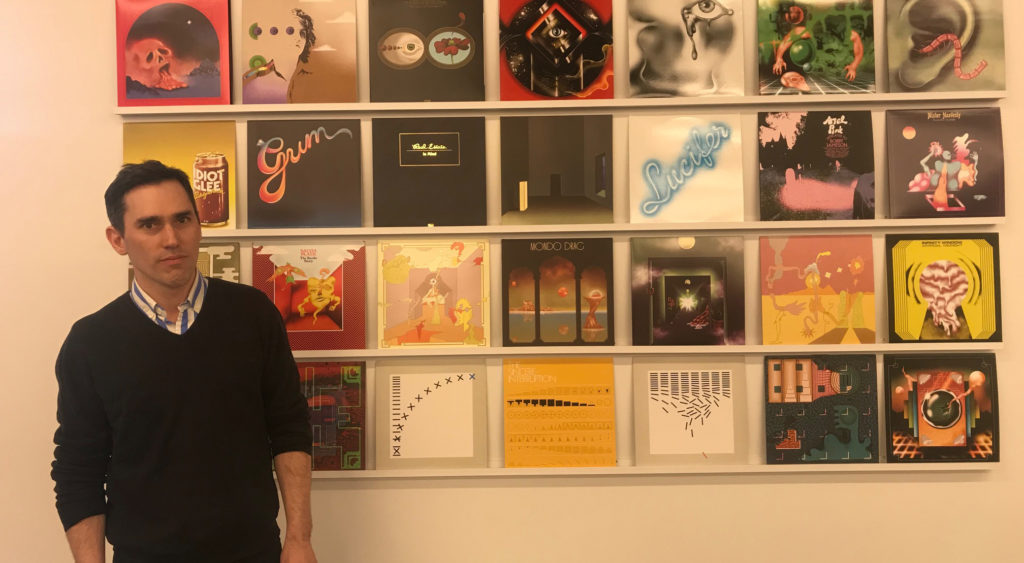 One of the installations in the KMAC Museum’s new show “Spin: Turning Records Into Art” looks like a pop-up record store and contains nothing but 2,000 copies of “The White Album” by the Beatles. Some are drawn on. Some are stained. Some hang from the wall. Some are ordered by their serial numbers in bins. You can’t buy anything, but you can sell the artist your copy of “The White Album.” There’s also a record player, which you can use to listen to any of them.

“The work is about how this famously empty, plain cover has in fact, over the years, become very rich and visual material, just based on all of the different people who owned it, because some people have spilled things on it, or there was a flood, or they drew on it, or it’s aged,” said Joey Yates, who curated the show. “It becomes this sort of visual variation.”

There are also installations that celebrate album covers across the board, new and old, from classical and jazz to hip-hop and metal. Other portions of the exhibit feature nods to black history, artist reinterpretations of album covers and an interactive dance floor. Originally conceptualized around Michael Lowe’s collection of albums from around the world, “Spin” also features local album art from Kathleen Lolley, Joanne Oldham, Jason Nobel and Michael O’Bannon.

“This initially started, this show, with the idea that his collection was kind of rooted in this history, this history of artists making record [covers],” Yates said. “So, I wanted to bring that here, but also combine that with contemporary artists.”