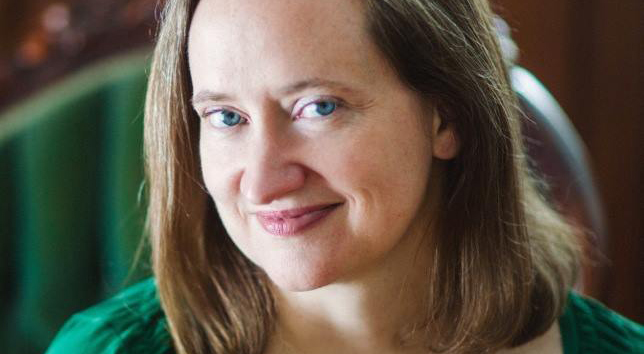 After being approached by director Jeremy Frindel, Louisville musician and composer Rachel Grimes created an immersive score for the film “The Doctor from India,” a documentary that focuses on the work of Dr. Vasant Lad, who introduced Ayurveda — an ancient, holistic style of medicine — to Western culture in the 1970s.

“I instantly fell for the warm-hearted Dr. Vasant Lad,” Grimes said of the protagonist of “The Doctor from India,” a film which makes its local debut at Speed Cinema on Thursday, April 12. “I was very excited about the idea of working on a film that explores health and wellness from an integrated and modern perspective, while also having a focus on the ancient values of Ayurveda of balance and harmony with nature.”

To prepare, Grimes watched the film several times, giving the temporary score only a cursory listen to avoid skewing her ideas. After some improvised ideas to create a few basic themes, Grimes got to work creating a larger tapestry. Stopping to check in periodically with Frindel — a Louisville native, who now lives in Brooklyn —  Grimes moved between composing on her piano, accepting feedback from the director and eventually working in the studio with Anne Gauthier at La La Land.

“I compose very slowly, going back and forth from the piano to my computer, writing down parts in [the notation software] Sibelius, or making demos in ProTools along with the picture,” said Grimes, who has a diverse musical background, including as a member of the indie chamber-rock band The Rachel’s and touring the world as a solo pianist. “Jeremy [Frindel] is a musician who actually trained in film scoring, so we could have very specific conversations about tempo, scale, texture and tone within the music demos. I would take his feedback, and rework things, and try again or develop ideas further.”

Grimes is joined on the score by two other Louisvillians, Scott Moore who plays the violin and Jacob Duncan on saxophone and flute. The interplay between each instrument is delicate, a careful balance of each to enrich the collective whole. While Grimes’ piano work serves as the backbone, both Moore and Duncan shine brightly, adding depth and nuance to the melody work introduced by Grimes. The score offers hints of Philip Glass or Harold Budd, both minimalist composers who privilege delicate and deceptive harmonies, seemingly simplistic exercises in restraint.

Drawing inspiration from Dr. Lad, Grimes worked to infuse the score with emotion that matched the tonal trajectory of the film.

“The score is essential to how I experience the film and can radically change how I interpret what I am watching,” Grimes said.

Taking note of Dr. Lad’s generosity and empathy, Grimes was able to quickly lock into the basic concepts of “The Doctor From India,” which informed her compositional efforts.

“I completely identify with what he emphasizes about living in harmony with nature,” Grimes said. “He talks about how most illness is a result of the body being out of balance from its natural state. This idea feels very right to me, even though I find it very challenging to maintain optimal health, especially when it comes to stress and exercise.”