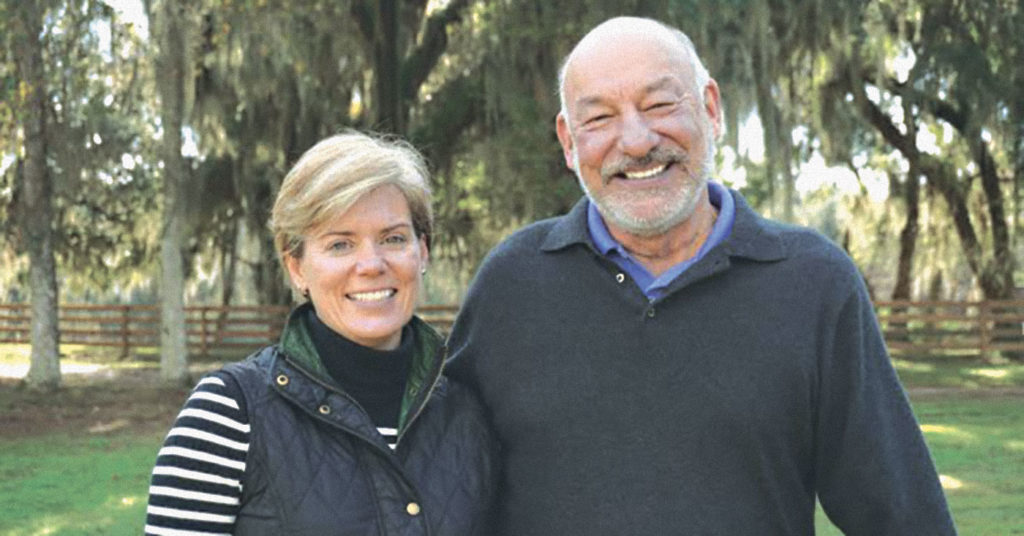 Many people who join a horse racing partnership enter with fanciful dreams of reaching a pinnacle like Churchill Downs on the first Saturday in May.

More times than not, reality paints a far different picture for them, making special moments such as owning a Kentucky Derby starter even more delightful and magical.

Come May 5, Louisville resident Jack Wolf will make those dreams come true for about a dozen members in his Starlight Racing partnership — in a two-fold manner.

Wolf and his partners are in the enviable position of owning not just the favorite for the $2 million Kentucky Derby but also another of the top contenders in America’s most famous and exciting racing.

Not only does Wolf’s Starlight Racing (starlightracing.com) own a share of probable betting favorite Justify, the undefeated Santa Anita Derby winner, it also has part-ownership of Audible, who captured the prestigious Florida Derby at Gulfstream Park. The duo gives Wolf a highly formidable pair of aces for the mile-and-a-quarter opening leg of the Triple Crown as Justify was ranked No. 1 in the latest National Thoroughbred Racing Association 3-year-old poll and Audible checked at No. 3.

“It’s a fantastic position to be in,” said the 68-year-old Wolf, who grew up in Louisville before leaving to attend college and moved back to the Derby City with his wife, Laurie, and children nine years ago to focus on his horse racing interests. “I think we have a legitimate chance with both horses. When you run a partnership, one of the great rewards is making it easy for people to be involved in the sport at its highest levels and we are lucky to get involved in both of these horses.”

Wolf, the founder, chief executive officer and managing partner of Starlight Racing, has been no stranger to success since he and Laurie bought their first horse in 2000 and took in partners a few years later under the Starlight banner. Through April 20, Starlight has won more than 250 races, including 66 stakes, with earnings of roughly $25.3 million.

“We have one of the best bloodstock agents in Frank Brothers, we have [seven-time Eclipse Award winner] Todd Pletcher as our main trainer, we get the best jockeys and Jake Pletcher [Todd’s father] handles our young horses at the farm,” Wolf said. “It’s hard to duplicate that team and model if you go out on your own.”

In that time, the stable’s stars have included Ashado, a champion filly in 2004 and 2005 who is now enshrined in Racing’s Hall of Fame and Shanghai Bobby, the champion 2-year-old male of 2012.

“Most of Jack’s investors have been with him a long time, which tells you that it’s not only a successful partnership but it’s well-managed and the people involved in it have a lot of fun doing it,” said Todd Pletcher, racing’s all-time leader in earnings who trains Audible and about 38 other Starlight horses. “We all know how difficult it is to get a champion and for Jack and Starlight to consistently get so many quality horses, it’s an impressive resume.”

That resume has taken on added significance this year through the acquisition of Audible and Justify. While Starlight usually stocks its stable with yearlings purchased at the sport’s major sales, Wolf called an audible in February after one of Pletcher’s 3-year-olds won the Holy Bull Stakes at Gulfstream Park. Wolf tried to buy a share of Audible from WinStar Farm, which owned the New York State-bred in a partnership with China Horse Club International and SF Racing, but could not work out a deal.

SF Racing was more amenable and sold Starlight a 15 percent share of Audible for racing purposes. At the same time, SF representatives mentioned they were also willing to sell an identical share in Justify, a 3-year-old trained by Hall of Famer Bob Baffert and also owned by WinStar and China Horse Club who had just posted an impressive maiden win at Santa Anita.

Figuring it was better to take two shots at a prize as desired as the Kentucky Derby, Wolf bought into Justify and Starlight and now has two of the best rooting interests.

“We all know how dear the Kentucky Derby is to everyone in the horse racing business,” Todd Pletcher said, “but it takes on even more significance to a guy like Jack who is a Louisville resident and a Kentucky guy all his life.”

Justify rocketed to the top spot in the NTRA poll after winning the $1 million Santa Anita Derby on April 7 in just the third start of his career. Though the son of Scat Daddy may lack the seasoning of most Kentucky Derby starters, having him under the care of Baffert, who won the 2015 Triple Crown with American Pharoah, lessens those concerns.

“I think Justify will go off as the favorite and favorites have won the Derby five years in a row,’” Wolf said. “We haven’t had much success at the Derby. We’ve had seven starters without a win, and our first one was Harlan’s Holiday, who was favored [in 2002] at a time when favorites never won. He [finished seventh and] kept that streak alive. Now, we’re hoping Justify can keep a different streak alive.”

Audible, winner of four of five career starts, exits a three-length win in the $1 million Florida Derby, which has produced 24 Kentucky Derby winners, more than any other prep race. Just last year, Pletcher won the Florida Derby with Always Dreaming, who captured the Run for the Roses in his next start.

“Audible is coming into the Derby in great shape,” Wolf said. “He’s been training better than ever.”

If Wolf can land in the winner’s circle at the Derby, it would add to a variety of stellar accomplishments. A hedge fund manager for Columbus Partners before turning his focus to horse racing, Wolf is a founder of the Thoroughbred Aftercare Alliance, a nonprofit organization that has generated $10.8 million since its inception in 2012 for groups involved in the retirement, placement and re-training of racehorses. He also worked as the CEO of the 2017 Pegasus World Cup and played a key role in lining up 12 stakeholders who bought $1 million spots in the first running of the $12 million race at Gulfstream Park.

Starlight also branched out and launched StarLadies Racing, with Laurie Wolf and Barbara Lucarelli, wife of longtime Starlight Racing partner Don Lucarelli, serving as the managing partners. Laurie Wolf is also CEO of the innovative all-female partnership, which has 27 wins in 127 starts (through April 20) since its founding in 2014, with five stakes wins, earnings of $2,066,866 and a sensational mark of 65.3 percent top-three finishes.

All of it reflects a commitment to excellence and determination to overcome long odds and is reason enough to believe that winning the Kentucky Derby is not just an idle daydream — or two — for Jack Wolf.

“What impresses me about Jack is that he’s a guy who gets things done,” Todd Pletcher said. “You look at his leadership roles and how he accomplishes what people didn’t think would ever get done. When he sets a goal, he gets it done.”