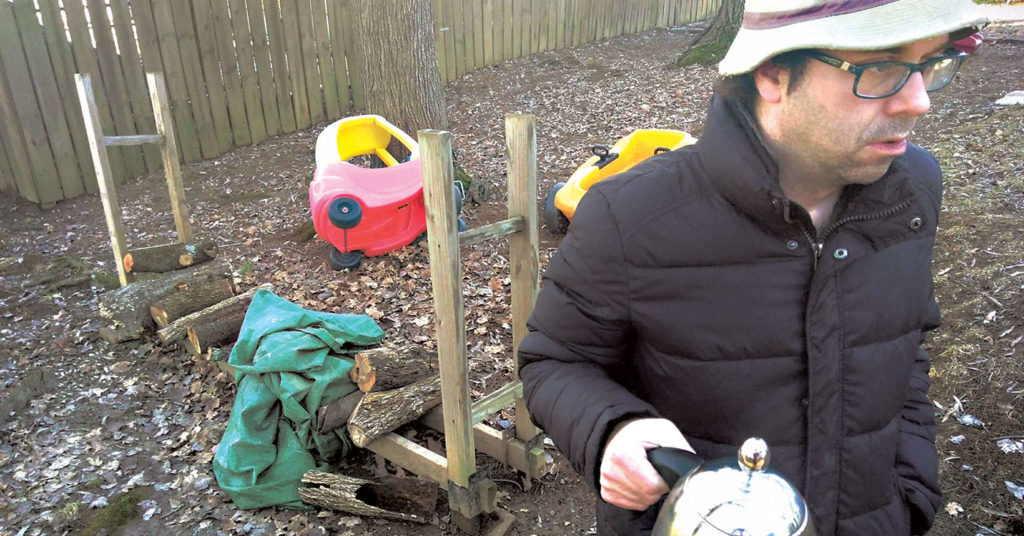 Led by songwriter John Keller, John The Band delivers a punked-out slab of “country-billy back beat” with “Perfect Coreen.” And, while the song is a track that noticeably sticks out from their other work, it also furtively chameleons itself into their catalog. Keller originally began “Perfect Coreen” with a singer-songwriter slant before the rest of the band attached their own efforts to the song.

“When I wrote it, I thought it was like a Neil Diamond song, so I called it ‘Neil Diamond Song,’” Keller said. “Then I played it with [drummer] Boyd [McGinnis] and [bassist] Jason [Bradley] and realized it was actually a country song. So that’s what it is, at least for now. And we’re not a countrybilly, rockabilly band either. It doesn’t sound like most of our other songs, but then our other songs don’t sound like our other songs. We just try to do what works and gets across.”

According to Keller, the song can be about anything, anyone or anytime — transcending the natural proclivity of many songs that instead have a concrete purpose and vision.

“I wrote it in 2008 and it might’ve had some big designs and ideas behind it, but it was just an accidental tracing of experience,” Keller said. “I think my brains were more together then. When we play it now, I just go into method actor mode and try to become that person for a few minutes. It seems to figure itself out as it goes along. I think it starts out as a love song, then gets bored and breaks free, then realizes maybe it was a love song all along.”

But perhaps “Perfect Coreen” is best summed up by Keller as a feeling that’s hard to describe.

“It’s about how sometimes I get so wordless, I’m not even sure what sure is,” he said. “And one thing people might not right away see is that it’s sexy — sexy as a goat running up a mountain at 60 mph. Whichever way, none of these words are going to benefit the song any. I think it just needs to be listened to.”

From the background, McGinnis, waxing existential, chimes in with a similar summation.

“This song makes me feel like there’s something that I really want to do,” he said, “but I can’t think of what that is.”

‘Perfect Coreen’ is from the album Roidrick (2018)