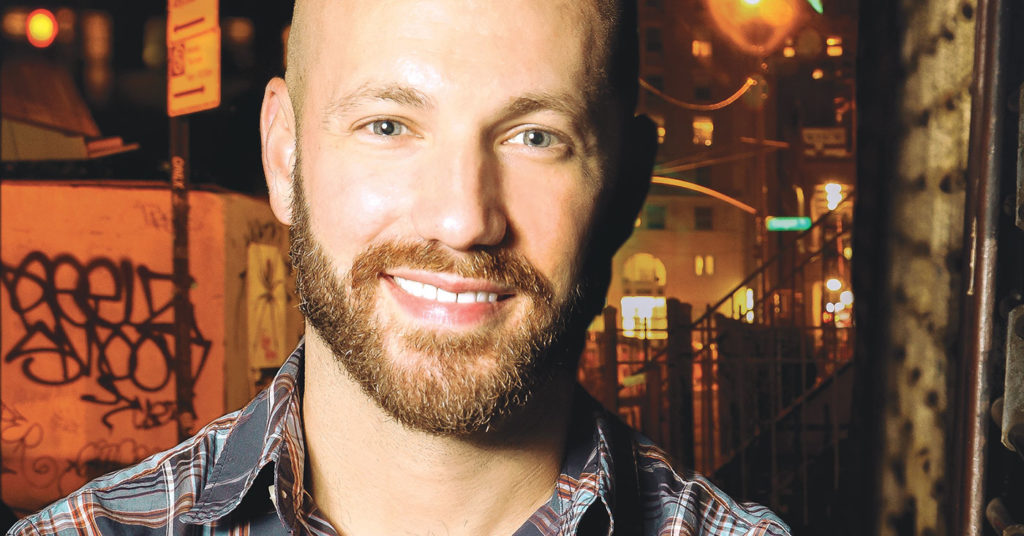 The Israeli-Palestinian conflict should be the third rail for comedy, but not if you ask comedian Jason Kanter: “Palestinians keep losing wars over their land. Don’t they know when you lose a war over land you’re supposed to stop fighting and build casinos?” You may have seen Kanter on Netflix, HBO and Showtime. He makes his Louisville debut this week at The Caravan.

LEO: First time in Louisville?
Jason Kanter: First time working, yeah. I’ve been to the Derby a couple of times. I got lit up by some mint juleps and have absolutely zero memories of Louisville. But yeah, I’ve definitely been there. The last Derby I went to we tailgated in the parking lot so long we almost missed the big race.

Tell us about growing up in Ohio.
Very trusting. Probably too trusting. I called 911 on myself for drinking too much when I was 16. My parents were like, ‘He’ll be fine.’ I thought I was dying. I’m a much better drinker now, though. But drinking in Ohio was weird, and it’s hard to explain to millennials how different it was back then. My freshman year of college at Ohio State University, there was a bar that had a bear you could wrestle. He was muzzled and declawed, but if you could get him on his back you got a free pitcher of beer. The alternate option was, across the street another a bar had 25-cent pitchers. So, those were your options for the night — 25 cent beer or wrestle a bear. The world has changed a lot.

Your material is kind of dark.
I think darker jokes are layered. There’s something about hearing a joke that should offend you or shock you — and yet you’re laughing. It’s complex. Or like getting extra achievement points in a video game.

Do you ever feel inclined to censor yourself?
That doesn’t usually happen. Sometimes, I’ll say something, and it just gets the wrong response. I’ll be like, ‘Well, I probably won’t do that one again.’ But when it comes to the really dark jokes, it’s like a challenge to me. I really want to work them out until they’re funny.

Is there one that almost pushed too far?
There was one about the Palestinian and Israeli conflict in the Middle East. It went something like, ‘Palestinians keep losing wars over their land. Don’t they know when you lose a war over land you’re supposed to stop fighting and build casinos?’

You used to be a guest on Fox News’ ‘Red Eye,’ do you consider yourself more conservative or liberal?
Liberal. I’m not gay, but I played in a gay softball league for two years. You don’t see many conservatives doing that. But I was talking to a comic the other day, and we were talking about how Fox News was the channel for the right. Everyone else kind of leans to the left. I pointed out that I think society as whole leans left. I mean, we’ll argue about things for a while, but ultimately it ends up like, ‘Fine. Let the gays get married. Who gives a shit?’ We always have and always should lean the way of progress.

Any crazy, behind-the-scenes stories?
Not really. It’s just really professional and sterile. They’re just there to do their job. I don’t think most of them even buy into the bullshit. It’s just a paycheck, I guess. Everyone shows up, puts their make-up on and then leaves immediately once they’re finished.

How would you respond to someone who says comedians should stop talking about politics?
People only say that when you’re against their politics. Grow up. But I don’t talk about it on stage. It’s hard unless you’re a celebrity, and people know what they’re getting into. But for someone like me, you freeze out half of the room when you go there. There are so many other places you can go and be funny.

You’ve said you don’t want kids. Is it because they’re always sticky?
Yes! They are sticky as hell. My nephews are very sticky kids. I don’t know, everything about it seems to suck. I have no interest in hearing a kid bitch or whine. Plus, I don’t want to be responsible for it. I’m not good at being responsible for myself. Who wants me to be the one charged with keeping another human being alive? I’m lucky to have gotten myself this far. •