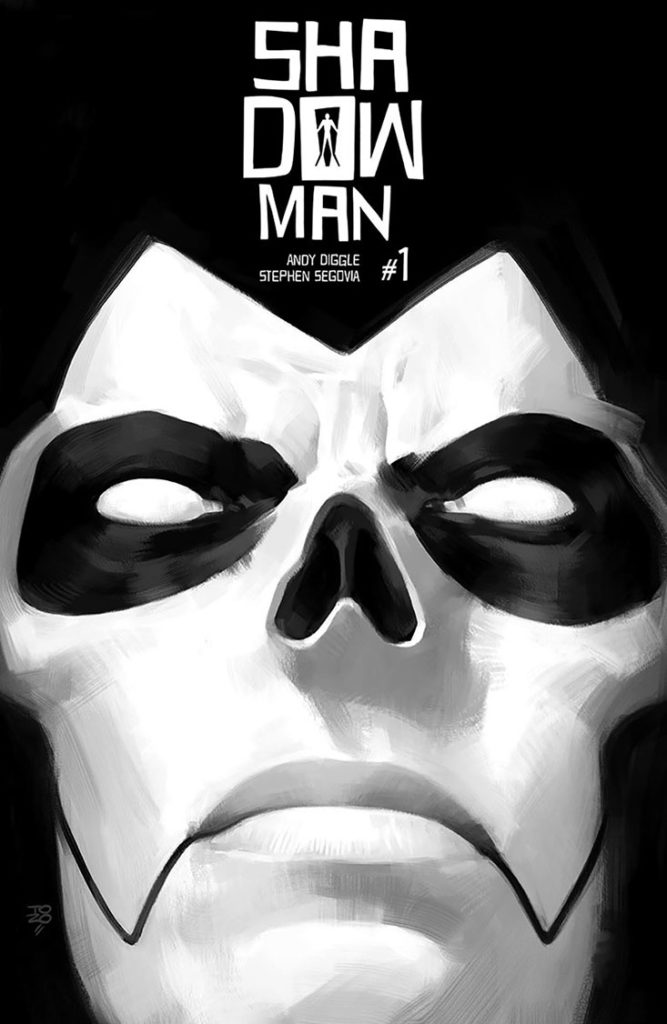 I’ll have to open this review with the confession that I hadn’t read a Shadowman comic before, so when I picked it up, I thought I might feel like I’d just walked in on a story in the middle of its telling. But, that wasn’t an issue here. The story opens in New Orleans with a young woman heading out of her house and going to the swamp to meet with an old gentleman who’s going to guide her on a journey. Soon, we realize there’s voodoo afoot, as she and her guide are met with a monstrous creature that seems bent on destroying them. Now enters Shadowman to save them, but once he’s left that form behind, he becomes Jack, the man she’d loved five years ago.

I looked up the origin of the character, and it seems Jack was “fated to become the next in a long lineage of Shadowmen — mortals bound to violent voodoo spirits of immense power” — and so, here we are. With art by Stephen Segovia, rich, earthy colors by Ulises Arreloa and the story written by Andy Diggle, this was a great read, and I’m looking forward to the next issue. • 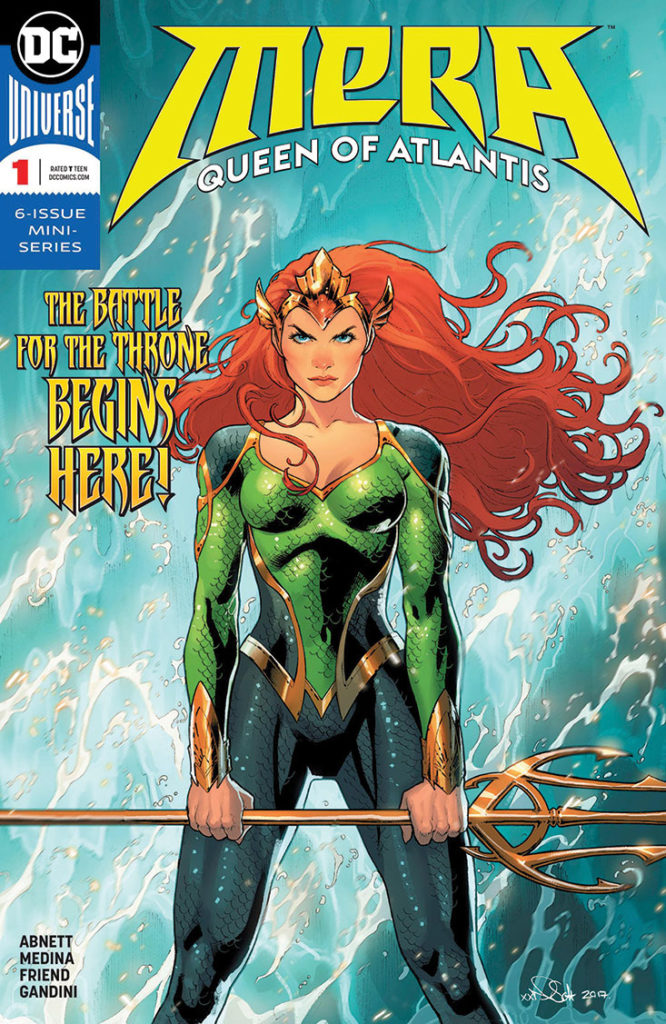 I love Mera. I’ve talked about it in a past review. She debuted in “Aquaman” No. 11 in 1963, and it’s criminal to me that “Mera: Queen of Atlantis” No. 1 (of six) is the first time we’re seeing her in a solo title. You’d be hard-pressed to find a queen (in comics) as equally capable, if not more so, than is her king. Spinning out of the current Aquaman storyline, Mera has been wounded by magic, with weakened powers and unable to breathe underwater. But recovering on the surface world isn’t exactly easy when you’re still dealing with assassins and trying to keep conflicts between the sea and the land at a minimum until the civil war in Atlantis ends.

Building on what he’s been doing in the main Aquaman book, Dan Abnett continues to write Mera, and this entire world, tremendously. Lan Medina and Richard Friend provide consistent, clean art, but the colors are my favorite part. Veronica Gandini used such a vibrant palette that really brought everything to life.

“Mera: Queen of Atlantis” No. 1 is a great book for fans of the character, and also if you don’t know anything about her. Same deal if you’ve been reading the current Aquaman story or not. There’s enough recap to keep a newcomer from feeling lost, but not too much that someone steeped in the lore would get annoyed.

Issues No. 1 and No. 2 are out now and I urge everyone to check the book out, because after 55 years, it’s more than past due for her to have a solo book.