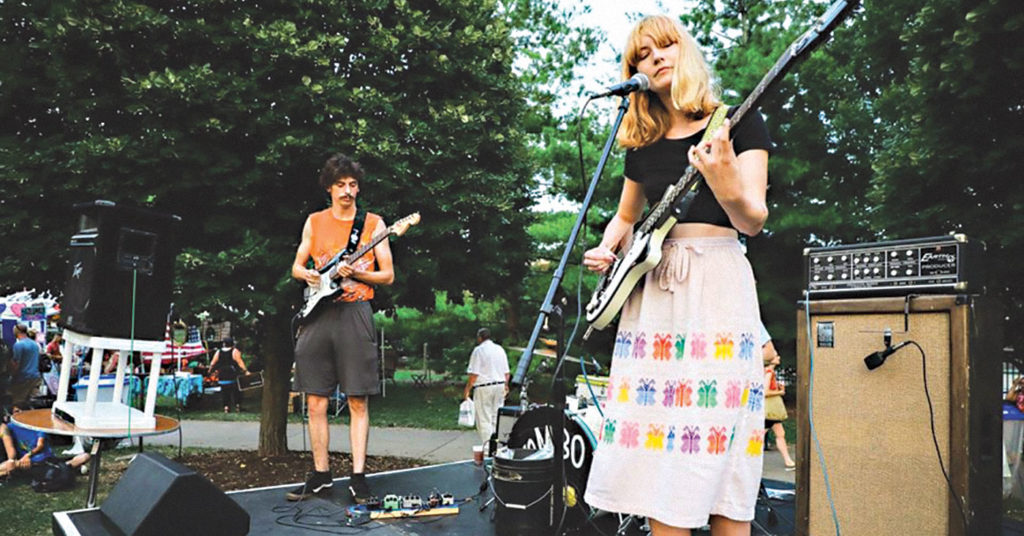 Halfway to Halloween Parties (April 27–28)
Mag Bar  | Waterfront Park  | The Nachbar
Prices and times vary
For those who can’t wait for Halloween (seriously though, summer just got here — what is wrong with you!?), there are a few Halfway to Halloween parties this weekend. On Friday, Mag Bar is hosting a party from 10 p.m.-2 a.m. with a costume contest, candy, drink specials, metal DJs and live music by Cryptic Hymn, Deapscufa & GodKing; and at Waterfront Park from 6-11 p.m., there’s the Derby of the Dead with sideshow and fire arts entertainment, zombie makeup demonstrations, a costume contest, a zombie car show, art from the Market of Mischief and live music by Nulydedz. And on Saturday, The Nachbar is throwing a party from 8 p.m.-4 a.m. with a costume contest, a watermelon carving contest, screenings of horror movies, candy and live music by ATOMO and TONY ROBOT.

Louisville City FC vs. Bethlehem Steel
Louisville Slugger Field
$18-$36  | 7:30 p.m.
Louisville City FC is currently at the top of its division in the United Soccer League, with four wins, one tie and zero losses. This weekend, the team faces Bethlehem Steel FC from Bethlehem, Pennsylvania. While Steel isn’t the highest-ranking team City has had to face, it is still tough competition (tying with City rival FC Cincinnati last week) and is not to be overlooked. So head to the pitch for another rowdy night of soccer!

Monnik’s Schnitzelburg Walk and Rock 2018
Monnik Beer Co.
Free  | 4 p.m.-midnight
Beer, brats and rock ‘n’ roll. Monnik Beer Co. is blocking off Hickory Street in Schnitzelburg for a street fest with live music by Planetary Overdrive, The Cut Family Foundation, Wombo, DUD and Zack Stefanski, and Elliott Turton will be playing chill tunes in between acts. This is a kid and pet-friendly event, and music starts at 6 p.m.

Girls IdeaFestival
Spalding University
Free  | 1-5 p.m.
The goal of Girls IdeaFestival is to “develop creative solutions to challenges girls face today,” with a focus on issues such as expanding economic opportunities, ending human trafficking, encouraging civic engagement, developing healthy relationship and changing the way girls are portrayed in media. A series of speakers will present, headlined by state Rep. Attica Scott, D-Louisville. This annual event is put on by Louisville Girls Leadership which targets high school girls and adults in their lives, as well as male allies. Light snacks will be available. While the event is free, you must register on the website or through Eventbrite. —Aaron Yarmuth