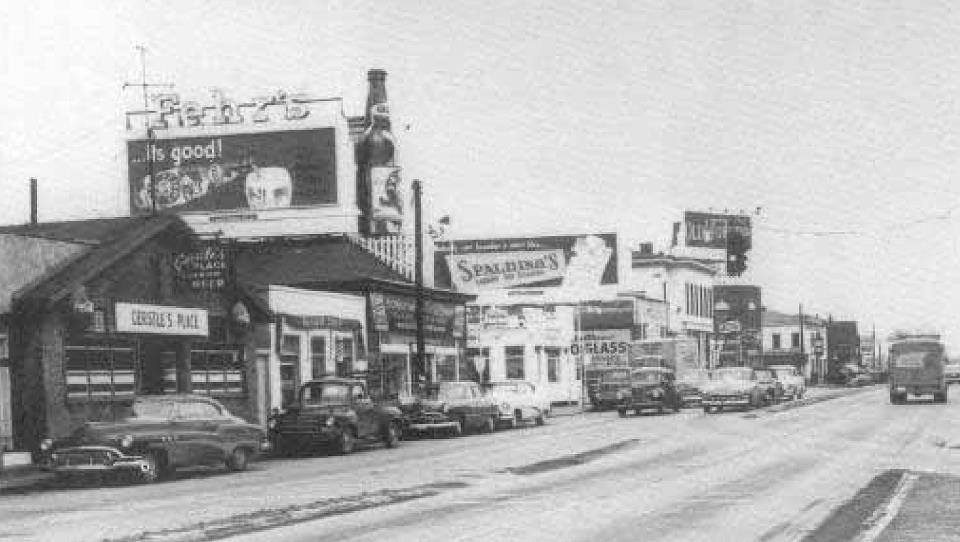 A photo from the corner of Frankfort Avenue and Lexington Road.

Afternoon Lecture Series: Louisville Then & Now
Locust Grove
$6; $4 for members  | 1:15-3 p.m.
This lecture by architect and local historian Steve Wiser will cover Louisville’s appearance over the past 100 years. You can explore the juxtaposition of how streetscapes and cultural landmarks appear today vs. 100 years ago. Dessert and coffee are served at 1 p.m., with the lecture following at 1:15 p.m.

Robert Gipe Reads from ‘Weedeater’
Carmichael’s Bookstore
Free  | 7-8 p.m.
In chronicles of Eastern Kentucky, this author leverages multiple points of view to effectively dig all the way underneath the chasm separating day-to-day frustrations and the hopes that life, family, and community will experience something better. The dialects are real and make demands on readers—but if you want relief, take a momentary break by looking at the pictures! He incorporates line drawings that sometimes serve as a Greek chorus, and sometimes are just the crabbier conclusions drawn by his characters. In his new novel “Weedeater,” people who were just scraping by at the edge of the coal economy wonder if they can, or should, keep a distance from the one that’s formed around opioids. —T.E. Lyons

Iroquois Town Hall – Fenwick for Mayor
Iroquois Library
Free  | 6-8 p.m.
Ryan Fenwick is a mayoral candidate challenging Mayor Greg Fischer for the Democratic nomination. His campaign Facebook page says he believes “compassion is about action, rhetoric alone is not enough. This campaign is about building fair democracy in Louisville and bringing compassion to the city’s policies.” If that intrigues you, join Fenwick at this Town Hall where you can learn more about his platform and why he is running for office.

Mayor’s Music Series with Bendigo Fletcher
Metro Hall
Free  | Noon
Break up your lunch routine with live music at this midday concert downtown. Bendigo Fletcher, described as possessing a “resolute ruggedness that recalls the Kentucky wilderness that inspired it,” will play songs from their debut self-titled EP. The concert takes place outdoors, but moves inside to the Mayor’s Gallery on the 4th floor of Metro Hall if it rains… or snows. Birracibo will serve free pizza samples.

Listening Party Beer Release
Hilltop Tavern
No cover  | 7-10 p.m.
Music and beer collide at this listening party/beer release. Hilltop Tavern is releasing its collaboration beer with DJ Clay Baker. It is a mosaic pale ale. And there will be a raffle of Against the Grain Brewery and Guestroom Record swag, as well as a grand prize package that includes a record player and more. A portion of the proceeds from the beer sales goes to Girls Rock Louisville.

Bill Pusztai: ‘Unnatural Affections’ (through May 25)
Garner Narrative
No cover  | 6-9 p.m.
“Unnatural Affections” is an exhibit by Canadian photographer Bill Pusztai, whose work is described as translating “human sexual diversity into compositions of plant matter, wallpaper, shells and bones.” His latest exhibit is based off an encounter he had at Toronto’s Pride Day celebration, where he said he “noticed a guy taking a million pictures of all the scandalous perverts, but pulling faces to clearly communicate his disapproval. … I dedicate this to him and hope he found some kind of redemption in his collection of dirty, dirty pictures.”