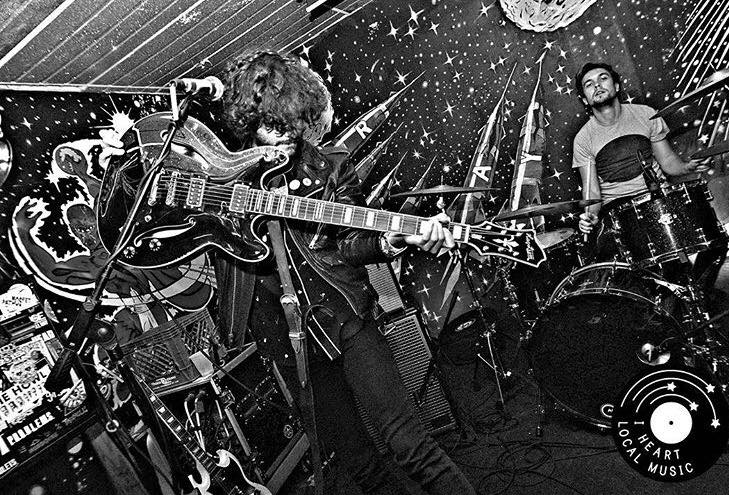 13th Annual New Voices Young Playwrights Festival
Actors Theatre of Louisville
$5  | Times vary
Next week, Actors Theatre of Louisville closes its season with the 13th Annual New Voices Young Playwrights Festival. Every year the statistics about the Festival are staggering. And they are inspiring indicator of the artistic impulses and courage of these young playwrights. It’s also a tribute to the teachers who devote untold hours to coaching these students. (In recognition of that, ATL offers free tickets to any teacher who contacts the box office.) This year, 910 students in grades 6-12 at 23 area schools submitted ten-minute plays, and through a blind review process, eight plays have been selected for full productions by ATL’s Professional Training Company. —Marty Rosen

WFPK Waterfront Wednesday and Afterparty
Big Four Lawn  | Garage Bar
No cover  | 5 p.m.-1 a.m.
WFPK Waterfront Wednesday is back, and kicking off this year’s season are Phourist and the Photons at 6 p.m., The Weeks at 7:30 p.m. and Lissie at 9 p.m. You can also ride the SkyStar Ferris Wheel, do arts and crafts with the KMAC, drum in a drum circle with DrumSmart or take part in one of the many other activities happening on the Big Four Lawn. And after the final performance, head to Garage Bar for an afterparty.

Monthly Pinball Tournament and Games on Tap
Mile Wide Beer Co.
No cover  | 6-10 p.m.
This Wednesday, Mile Wide is turning itself into a gaming paradise. Starting at 6 p.m. is a pinball tournament for all skill levels, with prizes for first-, second- and third-place finishers. And starting at 6:30 p.m., Games On Tap is flooding the bar with over 50 tabletop and board games to choose from, including classics Pit, Telestrations, Set and modern games The Resistance, Codenames, Klask.

FilthyGorgeous – Halfway to Halloween and Live Music
Mag Bar
No cover  | 10 p.m.-4 a.m.
Mag Bar is going all out this Wednesday, with a wild-ass, costume-dance party and a bangin’ concert. The concert starts at 10 p.m. with acts by horror-destruction band The Kids Born Wrong, psychedelic rock band Indighost, blues/rock band Blind Feline and dance-party band Brewing Pines. And starting at 11 p.m., FilthyGorgeous is hosting it’s monthly costume-dance party with the theme “Halfway to Halloween.”

An Evening With The Artists – Community Choice Award Winners
1619 Flux: Art + Activism
Free  | 5:30-8:30 p.m.
“It’s Your World: Art About The Future Of Community” is an exhibit filled with winners of Flux’s “Community Choice Award,” meaning every piece is a crowd favorite. And at the opening reception on Thursday, you can meet all the winning artists, which are Mariel Gardner, Noah Howard, Kelly McCarthy, Sced Moss and Edward White. The artists will give talks from 6-7 p.m., and drinks and appetizers will be served throughout.

Democratic Primary Candidate Forum – House District 30
IUE/CWA Local No. 83-761
Free  | 6-7 p.m.
If you live in Kentucky House District 30 (click here to find out), this Thursday is your chance to hear from the Democratic primary contenders. Candidates attending the forum include incumbent Tom Burch and challengers Warren Greer and James Penny.

We Still Like You: Louisville
Butchertown Pizza Hall
Free  | 8 p.m.
“We Still Like You,” the show that allows comedians to tell real stories of shame and embarrassment, while an artist depicts the story live, has moved from Decca to the upstairs lounge of Butchertown Pizza Hall. So grab a slice and a beer, and enjoy the show with stories by Katlin McFee, Craig Williams, Mary Jarrett, Creig Ewing and hosts Mandee McKelvey and Chris Vititoe. Live art will be created by a TBA artist.

Neighmaste on the Waterfront and Derby of the Dead
Waterfront Park, Great Lawn
Free (with a Pegasus Pin)  | Times vary
Now that Thunder Over Louisville is done, prepare for the Kroger Fest-a-Ville to take over the Great Lawn. Expect live music, plenty of food from the Chow Wagon, and this Friday, a few oddball events. The first is Neighmaste on the Waterfront, where Jamie Calzi of 502 Power Yoga, Ashley Baldwin of Soul Cleanse Yoga and Dana McGowan of Buti Yoga will co-host a yoga class from noon-1 p.m., with registration starting at 11:30 a.m. And later that night is Derby of the Dead, presented by the Louisville Zombie Walk, which includes live music by zombie rockabilly band Nulydez, sideshow and fire performances by Artemisia and Octo Claw’s Bizarre Bazaar, zombie makeup demonstrations by Matt Goodlett from The Devil’s Attic, a zombie car show and a zombie costume contest.