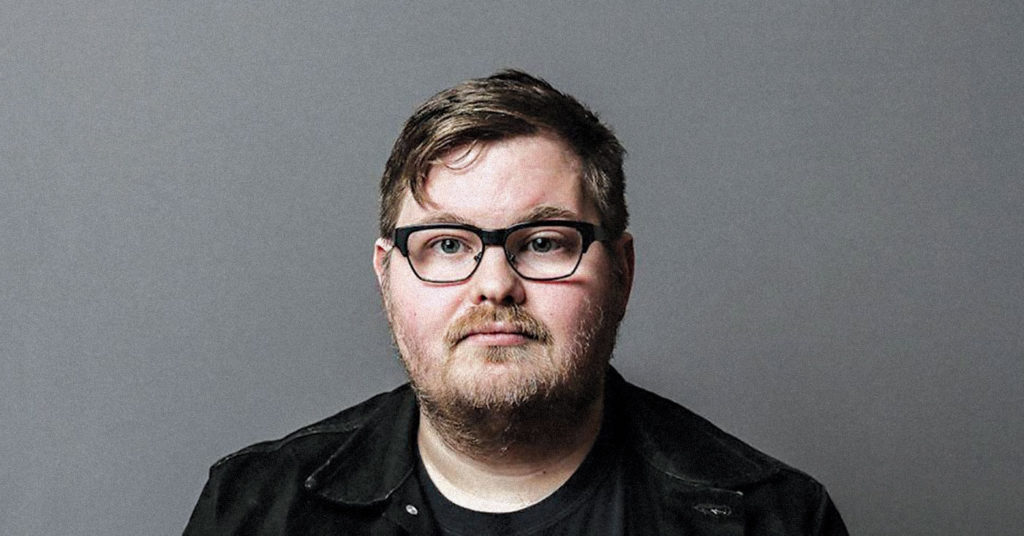 At first, comedian Goodrich Gevaart appears to be someone who might teach Bible school, which he says is an image he constructs purposely — “because when I’m mean, I’m too mean. I don’t know how to play the balance between fun and mean. Someone once told me, ‘When I see you make fun of somebody, you make fun of their soul.’” He writes and produces content for sites The A/V Club and The Hard Times, and last month he released his debut album “Portrait of a Young Weirdo.” This Friday, he headlines at Monnick Beer Co.

LEO: Have you always been funny, or did you learn to be funny?
Goodrich Gevaart: I was always funny, even from when I was a little kid. My dad was a funny guy. He always had comedy around, so I was obsessed with it. And as a kid I had really bad Tourette syndrome. I think the way I navigated the world was to make people laugh so they wouldn’t focus on my tics.

Is that something you still struggle with?

I guess, but it’s more subdued now. Most people, when they turn 16 or 17, it starts to settle. I don’t have verbal tics anymore. I have small tics, like I hit my leg or something. Twitchy things that most people don’t notice. It’s definitely less of an issue than when I was a kid.

Do you ever find anything funny about having Tourette?

Yeah, it’s very funny. It’s an odd thing to have this medical condition where you can disrupt general society. I really am a society disrupter by nature. You’re at the post office, and in comes this kid quacking like a duck.

You have a nice guy vibe. You could be an activity director at a senior living community. Are you nice all of the time?

No, not at all. In my brain, I’m a very negative person. I’m a good faker. It started because of the Tourette as a kid. I thought when I interacted with people, they were going to come at me in a negative way. I was always waiting for someone to be like, ‘Why don’t you fit in?’ Or, ‘What’s your deal?’ So I developed a nicety to myself, almost a fake it until you make it type of thing. And I do like being nice to people, but I’m conflicted by it. It pads the punch my twisted brain is throwing. Also, I try to come off nicer on stage than I am, because when I’m mean, I’m too mean. I don’t know how to play the balance between fun and mean. Someone once told me, ‘When I see you make fun of somebody, you make fun of their soul.’ I’m just good at zeroing in on people’s insecurities. I prefer to use that for good instead of evil.

On the album you speak of appreciating, as you put it, ‘butt stuff.’

Oh, sure. I started comedy at the same time I was becoming more in touch with my sexuality. Things that I was into, kink things. I think people’s proclivities and whatever gets them off should be celebrated in a positive light. Be a freak. Why not? Never mind the word freak. You’re not strange. Just do what you want. It’s also fun to see how men respond to that joke. Especially in the Midwest where they think, ‘Anything in the butt is a gay thing. I’m not a gay person, so I’m not gonna do gay stuff.’ I’m fairly certain there is a large portion of Trump’s middle America who still legitimately thinks gay is contagious. They have this view that masculinity is this one rigid thing, which is absurd.

Where do you see yourself on a sexual spectrum?

I’m fluid in my openness. I’ve never really dabbled in hooking up with male identifying people. At the moment I’m engaged to a woman, so I don’t foresee it happening. But I’ve always been the kind of person who is open minded to whatever my partner is into. I’m here to help.

Where did The Hard Times character Tommy Crowbar come from?

I used to play bass in a hardcore band. And he was that guy in every town we pulled into who thought he was King Shit of the local metal scene. He just exaggerates everything. He thinks he’s owed the world without any reasoning behind it. And has no humility whatsoever. He’s like Trump in that way. He only likes people who agree with him. Anything he says, he thinks makes him the smartest person in the room. And he doesn’t understand why you don’t like him.

Is it true that he punched every lead singer of Black Flag in the face?

I’ll Sarah Huckabee Sanders for him: While there’s no verifiable proof that it happened, Tommy absolutely believes that that is true.