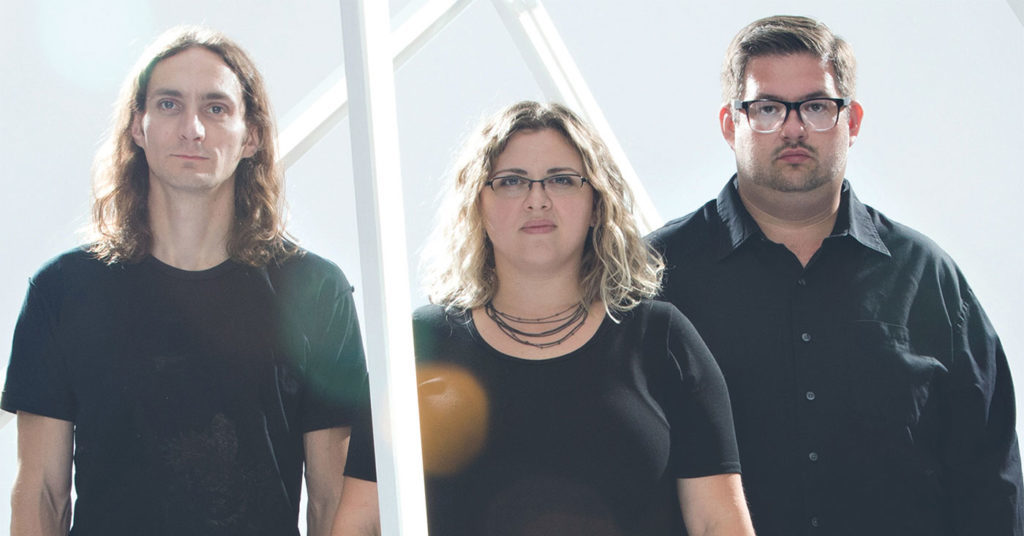 An experimental, instrumental jazz trio, Us, Today continues to develop from free-jam improvisers to calculated visionaries on their fourth studio album, Computant, which will be released this summer. LEO caught up with two members, Kristin Agee (vibraphone/keys/electronic sounds) and drummer Jeff Mellott, who along with Joel Griggs (guitar/theremin/drones), make music that’s always looking to push boundaries.

“We’re always experimenting with new things that can help us make sounds more efficiently, and sounds that we’re interested in,” Mellott said. “That’s kind of shaped this new record. There are a lot of new sounds that aren’t present on [our previous record]. Compositionally it’s similar, but more edgy.”

Computant translates the band’s sonic chemistry, where one player is careful not to trample the others. In a live performance, some routine solos and freak-outs ensue, but the new material acts as a catalyst of control.

“Because we were guitar, drums and vibraphone, there wasn’t any molds that we fit into right away,” said Agee. “It was way more about just getting together and exploring, figuring out what we can do with that instrumentation.”

Along the way, they adapted to new equipment that would provide the right bass tones and sound manipulation they sought on the new album.

“We’re really all very musically different, it’s like a three-part Venn diagram,” Mellott said. “We have this connectivity in the middle … That’s probably why it works so well.”

Us, Today will perform for free at Butchertown Social on Saturday, March 10. Music starts at 10 p.m.