In a relationship or life jam? Lemme unstuck your life —Send your questions to: [email protected]

Why is it when someone asks you a question about open relationships, you gotta show your racist butt to everyone? Leave that in your pants, please. “And then there are white people who act like poly gives them entry into an oppressed class.” You are such a bigot it bleeds out of you into every conversation. Well, I gotta go! The coattails of white privilege wait for no one.

—A White Dude in Your City

Thank you for writing in and proving my point.

Let me preface my question with that always-suspect proviso that I am not asking this question for myself. I am in a 48-year-long monogamous relationship with a woman who was, and always will be, the love (singular) of my life. Our older daughter lives in California (say no more!) with her boyfriend who reserves his right to be with other women. Jan (not her real name) says she believes in their right to be poly, although she is happy with having one man. My wife and I have accepted that’s the way things are in their current arrangement but are now faced with a new development that tests the limits of our traditional thinking. They supposedly want to get married but still have an open “relationship.” Since they can enjoy the try before you buy aspects of playing around, what are the advantages to tying the knot if you want the strings to be easily undone? Call us old school, but we think of marriage as a commitment between two people. Admittedly there are lots of married couples who try monogamy first, then want to spice things up to add flavor. However, in this case, they would already have that advantage, if that’s what they want. After your last article on opening the door to more partners, I thought this would make a good follow up.

As a daughter who fled to California (but returned!), my first instinct is to tell you to fall back. But, here’s the thing. I don’t know you and your wife. Yes, you’ve shared that you have some traditional values when it comes to relationships. No doubt shaped by the fact that you and your wife are one of the lucky couples who’s beat the odds and shared in decades of matrimonial bliss. What I don’t know about you though is whether you and your wife are prone to meddling in your daughter’s business or whether this here fiancé of hers has got your spidey senses tingling. So, my answer is a bit of a choose-your-own-adventure, but all paths lead to the same place. You’ll see.

If you’re the over-involved types and your daughter legit had to move to the coast to find some freedom, you’re just going to have to fall back and let her live her life. When I was a teen, I was constantly texting my father my whereabouts and if any details in our plans changed if I was out with friends. Mainly because my dad had been super into this kind of info until suddenly when I was 18 and he wasn’t. He basically told me either he’d taught me everything I needed to know to get by in this world or he’d failed us both. And I gotta say, I’ve done pretty okay for myself. So, this could be the universe telling you to fall back and let your daughter live.

However, if you’re generally chill parents and you’re doing the work of respecting your child’s wishes, but you just can’t seem to get on board with her having an open marriage, it could be because while you’d like to believe she’s totally into this new alternative lifestyle, you suspect that she’s compromising who she is because nothing’s more important to her than being with this dude. The only problem is that this dude knows it and he’s totally using it to his advantage and Daddy don’t like that. Which, is totally reasonable. Who wants to see their kid with a jerk? Unfortch, again, the only real solution is to fall back and let your daughter live.

You and your wife have done your due diligence and voiced your concerns. So, that’s that. Either you learn to make peace with her choices so you can continue to be in her life or you keep at it and you push her away. She starts to call less, reveal less things to you and rarely comes to visit anymore. Why? Because she’s going to choose him. The heart wants what the heart wants. I know this won’t be easy. Not at all. But the bad news is that 50 percent of marriages end in divorce. And the good news is 50 percent of marriages end in divorce. So, even though you hate to see your sweet daughter have her heartbroken, if this dude truly isn’t right for her, hopefully at some point she’ll be able to see that and will break things off and start fresh. 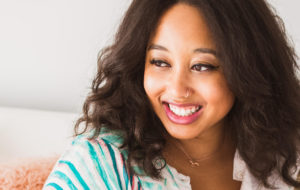