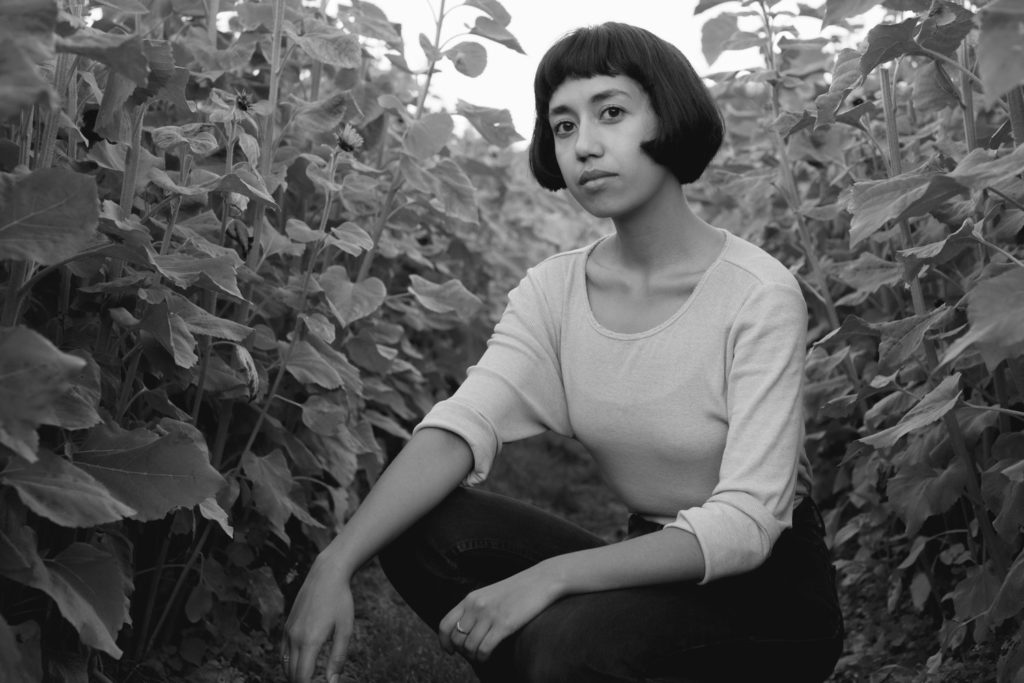 Haley Heynderickx excels in folk minimalism — the raw, melancholy power of her voice is front and center, while plenty of space hangs between her guitar’s chords. But, Heynderickx can also quickly build that base into a wall of sound, with pivots into catchy guitar-pop, subtle noise-rock or experimental indie. That push-and-pull, paired with Heynderickx’s sharp, contemplative vocals, is what makes her debut album I Need to Start a Garden a highly-addictive rollercoaster ride of a record. We caught up with Heynderickx about her recent trip to South By Southwest and her new record.

LEO: How was South By Southwest? It seems to be surrounded by a lot of ambivalent feelings in terms of its benefits and purpose. As someone who just released a debut record, what was your experience like?
Haley Heynderickx: It’s a good paradox. There are moments where you get to share tunes, and you see all of these people with name tags, and it’s like, ‘Woah, these are people who are active in musical communities all around the world.’ And then there are moments where it’s hot, and all you can find to eat are tacos, for some reason, and there’s nowhere to park, and you feel like — I don’t want to use too many negative words — but you feel like, something is being pushed in, then out and being quickly recycled. Wondering when the next new thing will the thing that will push you away. It is overwhelming. It makes you wonder, ‘What is this industry?’ And what do people really want from you? It’s a good test of the ego. Luckily, I think it brought my band closer, and we stayed with a friend’s mom, so we ended each night of South By with the equivalent of someone making you a warm dinner and giving you a hug.

I read that the album had a few bumps along the way, and it took a few sessions to nail down the sound you were looking for. What was it about the last session, compared to the other two, where you new it was right.
There are so many talented producers in the world that will try to convince you that they are capable of recording your music and capturing your sound, but I think the magic is having someone that speaks the same ‘language’ as you. Ever time Zach and I recorded, we both knew when it was the take. It was kind of an internal agreement. That gave me the confidence to keep going. I think those producers are very rare, and hard to find.

What strikes me about I Need To Start A Garden is that even though it’s this cohesive folk-leaning record, it fluidly incorporates all of these from various genres from vintage guitar-pop to ’90s noise-rock. The same goes for the lyrics. They seem to open the door to a lot of topics and questions. What’s the key to fitting all of the pieces together?
I perform a lot solo, and I perform a lot with the band. Sometimes, I perform with electric guitar and sometimes acoustic. They all condensed to become this. It’s funny how just changing a guitar tone can make you feel like you’re changing genres. I just tried to capture the moment and the feeling of the song, and I always wished that I had studied music in a more formal way, becoming more trained than what I’m capable of doing right now, but I guess the eclectic mix of influences are working.