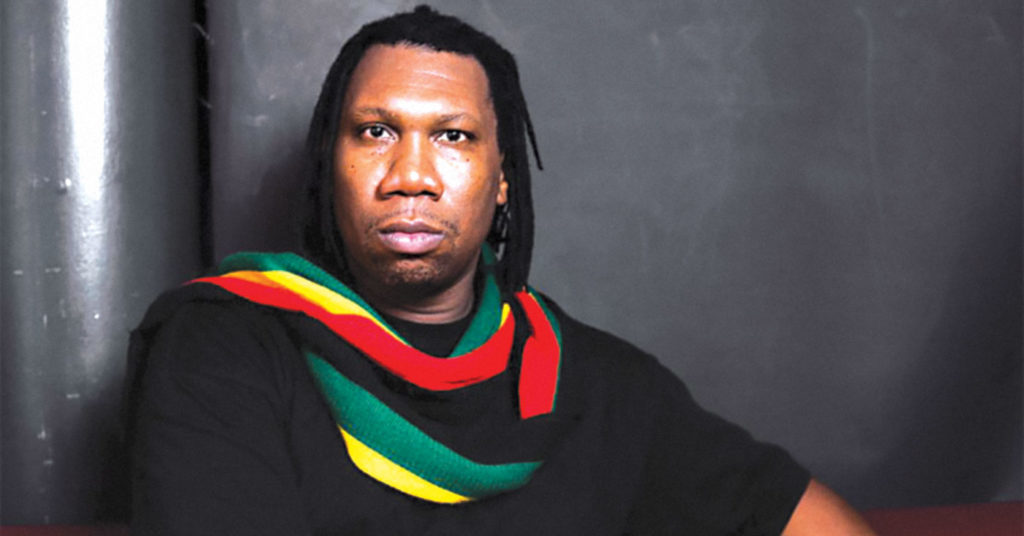 Lawrence ‘Kris’ Turner, aka KRS-One, aka the Teacha, is a pillar in the hip-hop community, not only as a champion of rap music, but he’s also a philosopher-poet rhyming the virtues of the culture. Despite being given a five-to-seven-minute window for the conversation, KRS talked with me for an hour and a half, never flinching from an anecdote or tangent, constantly examining and re-contextualizing his own worldview. Performing in Louisville as part of the Knowledge Fest (check the Staff Picks section for more on the event), he has a wealth of wisdom to spare. Now on his 13th album, The World is Mind, KRS turned inward to look outward, using his art as a meditation on his many and varied philosophies.

LEO: What’s the story with The World is Mind? Is there any specific theme?
KRS-One: It was a time where, when I was doing the album, it just seemed like everything was in turmoil in terms of hip-hop. A lot of arguments, and beef, and scandals and all types of stuff like that. And what I realized is everything going on in the world is a just reflection of our own consciousness. It was a spiritual enlightenment that led me to the album. I’m really big on creating your own reality.

The song ‘Keep Clicking’ incorporates African click languages. Can you tell me about the samples? Did you research South African click languages?
Fascinating culture, South African culture, absolutely ridiculous. As I’m studying and going through ancient African civilization, my mind is in the world. To be honest, I did this record for the movie ‘Black Panther.’ I was all around the movie, but it was never submitted or got into the right hands, but the inspiration was ‘Black Panther.’ When they first announced it three years ago, I wrote this song.

I got on the phone with a lady named Koang. She gave me a little more of the South African knowledge. I still botched. Let that be known that KRS’ version of the click language is not entirely accurate. They say it’s good enough. But obviously, I’m trying to turn people onto another kind of language.

Performing at the Knowledge Fest, what kind of edutainment do you want to see dropped to kids today?
I’m going to treat Knowledge Fest like that, and the topic is Knowledge. In hip-hop we have a saying: Are you hip to your hop? Do you know why you move? When you say hip-hop, what do you mean? Do you know why you getup? Do you know what you stand for? This is what young people need to know. And they do know. They just need someone to confirm it. That’s what I’m concerned with. Don’t let anyone tell you that your thoughts are not possible. I’m going to actually guarantee a change in your life. If you say, ‘I’m going to be a computer analyst,’ then say it now. If you want to be a doctor. Say it now. You’ve got to go to medical school, but say it while you’re signing the papers. Start healing people in your neighborhood.

In light of all the gun violence going on, do you think the Stop the Violence Movement, an initiative you started in 1987, is more pertinent now?
U.S. comedians make the world laugh. I’m looking at people like Jackie Chan, Chris Tucker, Chris Rock, Dave Chappelle, people who you just look at them and you start laughing. It’s these geniuses that have to fix America. There has to be a platform for them to be as raunchy as they want. Is the Stop the Violence Movement relevant today? I would say yes, but it should be a comedy album. That I think is the cure for the United States. We both need to tell each off and go back and laugh about it. But with a mind that says, I’ve got to go back and fix this. This is some black ghetto dumb shit and we need to fix this. This is white craziness and we need to fix this right now. Let others be inspired. Maybe our children laughing at each other, will correct each other, and say, ‘yeah, we don’t have to be like this,’ and stop the immaturity.