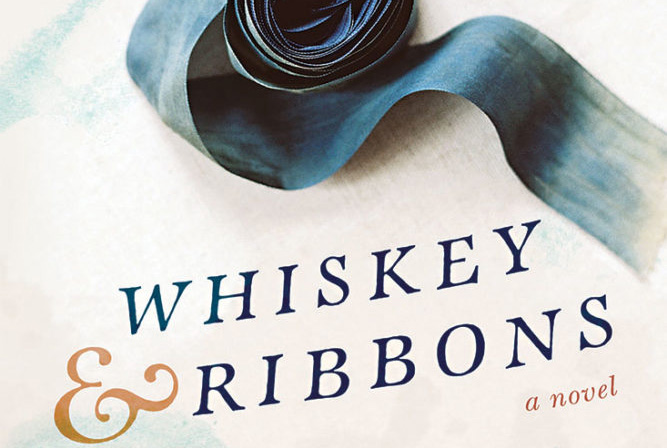 “Spring was overwhelming to the senses in a way the other seasons were not. Fall and winter were sleepy and summer was unabashedly on fire, but spring was both expected and unexpected depending on us — a chance to begin again if we were willing to take it.” So run the thoughts of one of this novel’s main characters — the one who is most obviously both fated and blessed.

Now that we’re all on the verge of spring, could there be a better time to take a chance and flip open the debut novel by an acclaimed short-fiction writer?

Ah, but first comes the remainder of winter — and the central moment among the time-skipping chapters is a winter storm that shuts in a grieving woman and man to face themselves and some tense family history. Very quickly, you know that even the character who says, “We should drink all day and sleep and watch crap and eat junk” isn’t going to be allowed to stay on such a blithe surface, no matter how much snow piles up.

Cross-Smith is careful with what she wants to emphasize. The setting is a convincing modern Louisville, but the plot vignettes aren’t given over to saturated local detail. Character preferences point hopefully toward a post-racial lifestyle — but social demands and restrictions still act on, and have consequences for, the three 30-somethings who alternate in presenting the point of view. Extended family members, and relationships in the past and the periphery, rub up against the three. Those leave emotional thorns in place for the central characters to inflict on themselves and each other.

The author records, and then reinforces fine observations, which build portraits that are intimate and confessional. Without a false move, the narrative follows a very realistic winding path where circumstances naturally test commitment, understanding and support.

A second-generation police officer offers a toast to company that includes his very close, adopted brother — as well as the ballet teacher he’d met while working church security: “Women, you are sleek and gorgeous. You hold us together, you’re the ribbons. We’re men. Dangerous only if you take us too seriously. We’re the whiskey…” But there will be danger — to life but also to the hearts that Cross-Smith shows in all their determination and vulnerability.

That teacher must soon experience trying conditions thrust at her: “I’m scared to care. There’s the truth. I said it to myself. But I’m not saying it aloud to him this morning. Once I start talking about it, I know I won’t be able to stop. I can’t put it all back once I let it out — a cup, spilled.” But the author also will show how much more of a trial this woman faces, both as a new mother and as a survivor who did know what might come her way. The heart’s task of making the best of life-decisions — it’s seen up-close here, with Cross-Smith gently strengthening her prose with musical simile. These characters deserve a day or two from any reader who loves a good family drama. Leave time for the possibility of some tears — and know that you’ll be sorry when you leave them behind.