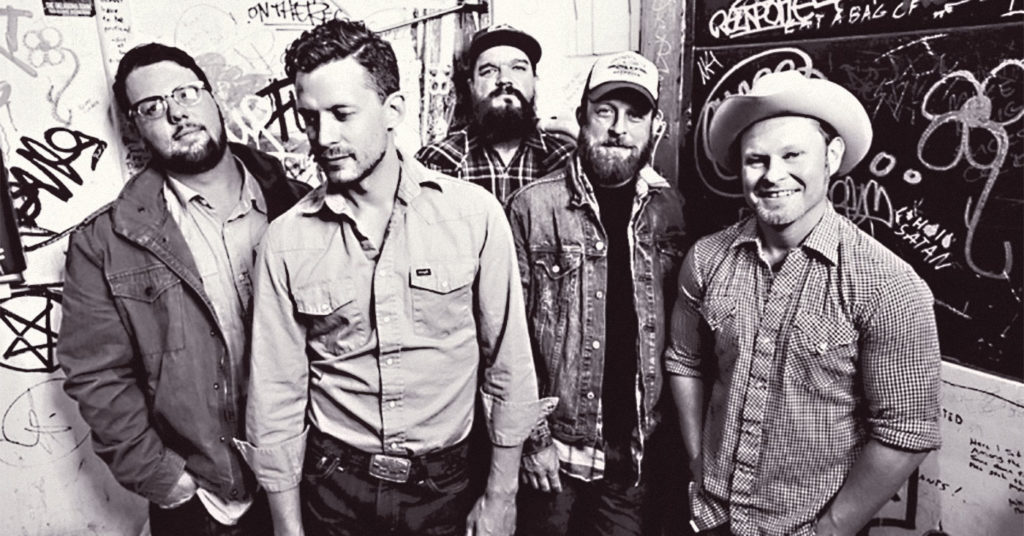 For more than a decade now, Oklahoma’s Turnpike Troubadours have been crisscrossing the country, making new friends and exploring fresh musical ideas. Of late, these neo-traditionalists have been busy assembling what is arguably their best record yet, A Long Way from Your Heart. It recently debuted at No. 20 on the Billboard Top 200, No. 3 on the Country Albums Chart and No. 1 on both the Independent & Folk Albums Charts. They’ve also been invading homes worldwide via their stellar breakout performance on Austin City Limits, which just aired as part of that show’s current season on PBS. In the midst of all that excitement, we caught up with founding member R.C. Edwards by phone to see what’s in store for us at this week’s concert.

LEO: In some ways, the collective sound of the Turnpike Troubadours evokes a bygone era in America. Yet at the same time the band has always taken advantage of advanced technologies and platforms to blaze its own trail free of major label backing. What are your thoughts on being, for lack of a better term, a folk ensemble in the modern world?
R.C. Edwards: It’s a neat time we live in. Thanks to technology, you don’t have to have a record label behind you in order for people to find out about you. And you don’t have to depend on airplay from corporate radio stations. These days you get to have way more control as an artist, and there are many more avenues for growing your audience organically. For us, that has been a pretty big deal.

How has living in Oklahoma shaped your art?
There’s not a lot to do out here, so people like to be entertained. That means that there are a lot of other acts playing music and writing songs, and that reality has forced us to get good at what we do.

Who did you look to for an example when you were coming up as a bass player?
This might come as a surprise but I kind of grew up listening to punk rock. Matt Freeman from Rancid probably had the most impact on my playing, followed by Grant Tracy who plays in Jason Boland & The Stragglers. That makes for quite a mix, doesn’t it?

The lyrics suggest that in spite of all the hard-living, you are some well-read individuals. Who would you cite as your literary influences?
There are so many. I’d say that Ernest Hemingway and John Steinbeck tend to seep through the most.

Not unlike Steinbeck in “Travels with Charley,” time has passed since you first traveled back and forth across the United States. What do you think has changed the most?
I’m not sure what I’d say about the big picture differences, but in our world, I can safely say that the biggest change is that people actually know who we are now, and are packing the places that we play. The truth is that we are far from an overnight success story. But, we’re at least starting to see the payoff from playing cities three or four times a year and adding fans one at a time. In a way doing that has been like planting seeds, and each time we pass through we get to look out and see how the crops have grown.

You guys have amassed quite a body of work. How do you decide what to include in your set lists? And what can we expect from your upcoming Louisville appearance at the Mercury Ballroom?
The shows keep getting longer and longer, but we still can’t possibly play all of the songs that everyone wants to hear. That’s a good problem to have, I guess. You know, there will be plenty of old favorites, but we’ll obviously be sharing some of our new favorites too, because we are probably most proud of the songs that make up A Long Way from Your Heart. I mean, I would hope that there’s never a time when we make a new record and I don’t feel like it’s our best work yet. Fortunately, I have honestly felt that way about all of them.