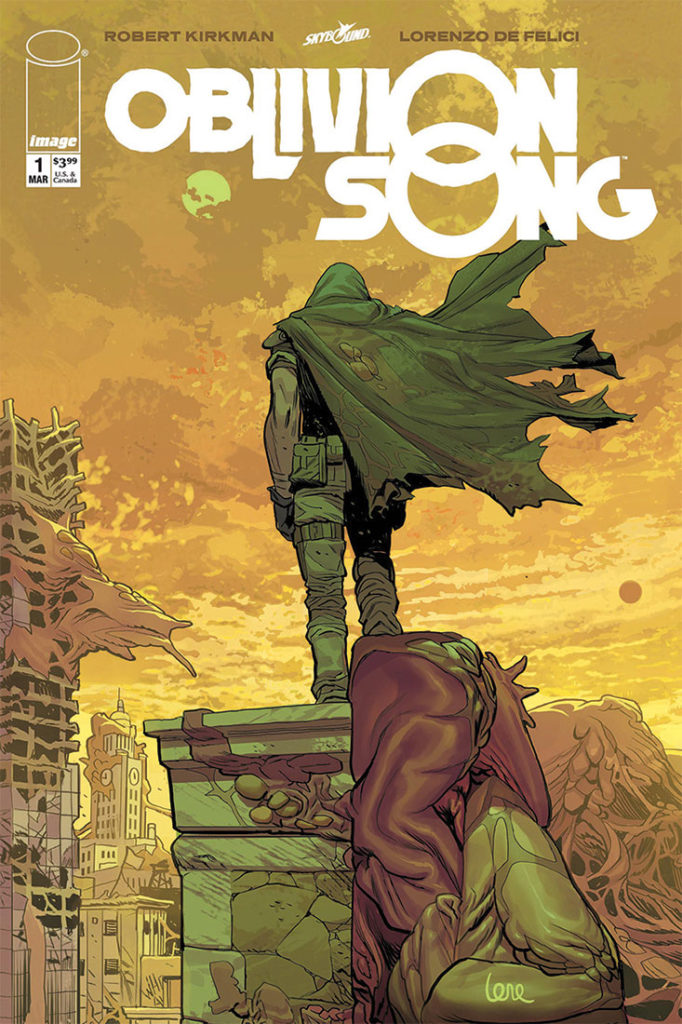 I had a few preconceived notions of what a book by Robert Kirkman, creator of “The Walking Dead,” would be like, and the first few pages of “Oblivion Song” seemed to confirm them. However, pretty quickly, events, characters and creatures began to show up that let you know you’re in new territory.

There is some advanced technology in this story, so while it feels post-apocalyptic, you get a sense that something bigger is going on. Some humans have become animal-like, but unlike “The Walking Dead,” there is a cure. The question is whether or not humans are worth the bother and cost of saving.

It’s only the first issue, but I feel like this story is heading into moral issues about the value of money and power vs. doing what’s right. Sounds familiar, doesn’t it?

Great characters and gorgeous, stylistic art make this a must-read. As a bonus, the authors note they’ve already finished 13 issues, so hopefully, this book will stay on schedule! 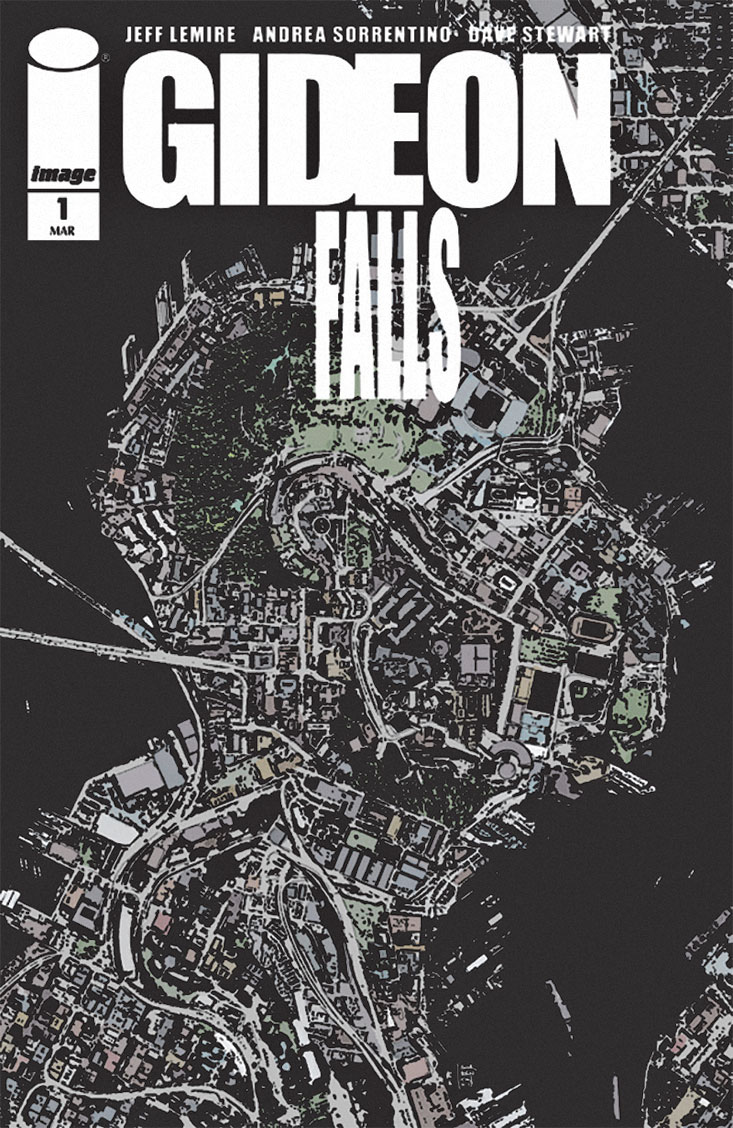 This review column is often Meredith Harris or me gushing over Jeff Lemire’s latest comic book, and we’re nothing if not predictable. “Gideon Falls” is Lemire’s latest, with Andrea Sorrentino on art, who has a style unlike any other. Colorists and letterers don’t often get the love they should, but they’re more than deserving of a shout-out here: The spooky vibe of the book is greatly enhanced by Dave Stewart’s palette and Steve Wands’ shaky letters.

“Gideon Falls” is a dual narrative about Norton Sinclair, a man who collects garbage in the hunt for clues to figure out the source of the darkness that he’s sure is destroying the city; and a preacher arriving in a small town to replace the previous preacher, who died of mysterious circumstances. No spoilers, but it gets real creepy, real fast.

Horror is at its best when it’s saying something about our own lives — that’s where the genuine terror is. The scary preacher trope has been done over and over, and it works, but I think the true horror going forward is going to be Norton Sinclair’s story. Lemire is writing about mental health through Sinclair in a way that isn’t often done in the genre.

“Gideon Falls” No. 1 came out March 7, with the second issue dropping on April 11. I’ll gladly follow whatever road Lemire takes us down with his storytelling, and while this road is darker than normal, I’m excited for the journey.