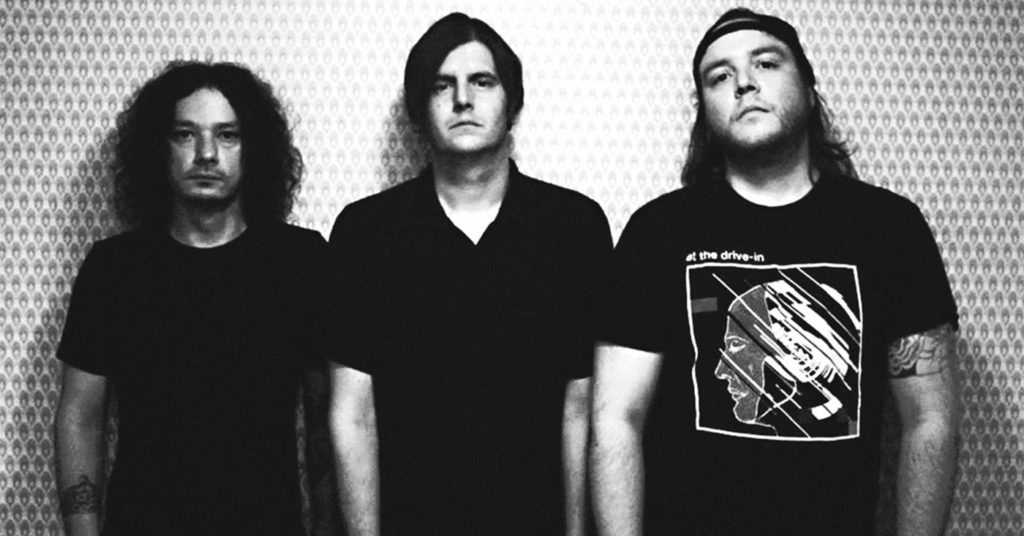 Originally released as a one-off hate song for the We Have A Bevin Problem compilation from 2016, “Pay Us In Dimes” ultimately paved the way for Baby Bones to record a full-length record.

“It received a lot of positive response, and, frankly, we just really loved playing music together,” said Dave Rucinski, vocalist and guitarist. “And while we stand behind the recording on the compilation, we were really rushed trying to meet a deadline. So, we ultimately decided to rerecord the song for The Curse of the Crystal Teeth, and I think the new recording takes it to another level sonically and is our true vision on how we wanted it to sound.”

“Pay Us In Dimes” is short and sour, with a stoner-rock, punk-leaning strut somehow meshing ‘70s-era KISS riffs with a thick groove and haunting melodies that channel Queens Of The Stone Age. And even while Rucinksi maintains that Baby Bones is an apolitical outfit, the message of the song relates the current mistrust and anger running rife through “the average person versus the shadow government,” as the bass player and vocalist Thomas Burgos phrased it.

“It’s a reflection of money vs. power, poor vs. rich,” Rucinski said of the song’s purpose. “But we aren’t here to preach to you. Only to bring up the ideas, without providing direct solutions, to challenge the listener to think: do what you want, think what you want, feel what you want. We are merely a band and we despise and want no power or control.”

“I couldn’t tell anyone what this song means exactly, but I can tell you that it makes me feel like I could ride a fast hog, swinging a ball and chain, into the depths of hell,” Burgos added.

And if that doesn’t make you want to listen to the song immediately, well, I don’t know what to tell you.

While the boys in Baby Bones try to stay directly out of the political crosshairs, they do want to be an anthem for the people taking action to the streets.

“There is a lot being said by many people,” Burgos explained of the band’s songwriting philosophy. “Everyday there is something going on in the street, in the paper, at a rally and behind a podium or pulpit. We aren’t saying words that are exact. We are saying a many-feeling, not as a voice of reason or resolve, but as a sonic vibration. Your thoughts are yours and when you hear the chorus, you know exactly what it means.”

‘Pay Us In Dimes’ is from the upcoming debut, The Curse Of The Crystal Teeth (2018)