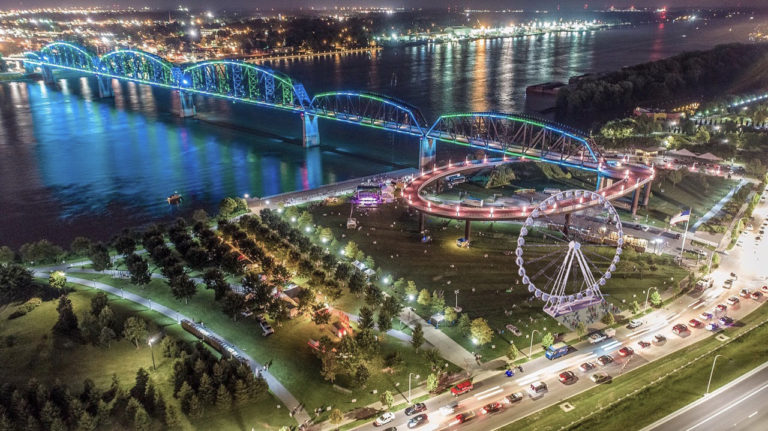 SkyStar Wheel Grand Opening (through May 6)
Waterfront Park
$15  | 11 a.m.-11 p.m.
SkyStar, a big ol’ Ferris wheel, is finally open. The 137-foot diameter wheel has been placed next to the Big Four Bridge. Grab your friends, or a date, settle into one of the 36 climate-controlled, six-passenger gondolas and get high.

Taproom Opening and Ribbon Cutting
Falls City Brewing Co.
No cover  | 11 a.m.-midnight
Celebrate the opening of Falls City Brewing Co.’s new taproom with Mayor Greg Fischer, who will cut the ribbon at 11 a.m. The taproom is pouring pints the rest of the day, and you can grab grub at the Get In Your Belly Deli food truck starting at 4 p.m.

Massive 50¢ Comic Book Sale
The Great Escape Louisville
No cover  | 10 a.m.-9 p.m.
Great Escape Louisville, the masterminds behind LEO’s Friendly, Neighborhood Comic Book Reviews, are having a 50¢ Comic Book Blowout Sale. This is your chance to beef up your collection with back issues because there will be thousands to choose from. Fresh stock will be added throughout the day, so buy some, read them and then come back for more. And if you’re wondering what to get, read Great Escape’s previous recommendations here.

Bock Fest & Official After Party at Against The Grain
NuLu, East Market and Clay streets
Free  | Times vary
Break out the bumbershoot and galoshes! The annual Bock Beer Fest is a great way to drag spring to Louisville… food, beer and goats. It’s not just because we love beer and goats. Louisville has a long history of Bock beer festivals, which comes from the 14th century German town pronounced “ein bock,” meaning “a billy goat.” Hence, beer and goats, including locally-brewed bocks, goat races and goat yoga. And if you want to keep the party going, head to Against The Grain for the official after party where you’ll find a variety of bock beers and $9 boiler makers of the bar’s Dopplebock and Teatotalerator with shot of Bulleit bourbon.