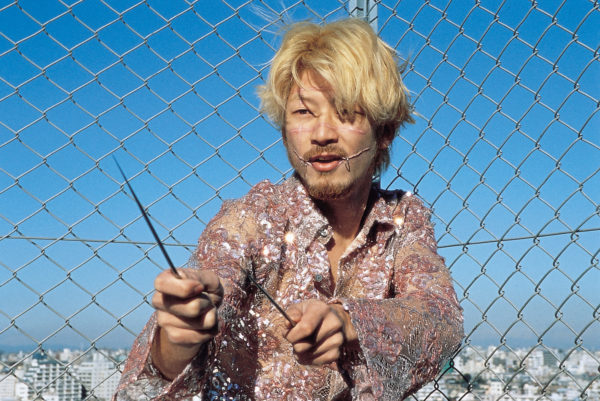 Still from the film "Ichi The Killer."

Roseannextravanganza!
The Nachbar
No cover  | 6 p.m.
To celebrate the return of the ’90s sitcom “Roseanne,” Nachbar is hosting a Roseannextravanganza! Dress as your favorite “Roseanne” character (and possibly win a prize), watch the best episodes of previous seasons with a new episode premiering at 8 p.m., play “Roseanne” trivia and taste the drink specials The Pink Squirrel Tornadoes and The Tornado.

Fried Chicken Tuesday (every Tuesday until Dec. 25)
Mellwood Tavern
Prices vary  | 5-10 p.m.
As Mellwood Tavern put it, this is the “state known for yard bird [and] this is some of the best!” If you don’t trust them, trust LEO’s Taste Bud Kevin Gibson, who wrote about this hidden gem: “[It’s] chicken with a thick, crunchy coating that is bursting with Southern-style flavor, even while serving as a shell to hold in the chicken’s juices as it is deep fried.” To read more about the history of Mellwood Tavern’s delicious recipe, read more of Gibson’s column “Mellwood Tavern chix… chick inn-esq.”

Scientific Proofs: The Crescent City, Post-Katrina
Mellow Mushroom
Free  | 6:30-7:30 p.m.
Scientific Proofs bills itself as a monthly “gathering for grownups who like to geek out on science.” This month’s topic is the city of New Orleans, and how local engineers are leading the post-hurricane reconstruction of it. As promoters put it, “After the City of New Orleans was devastated by Hurricane Katrina in 2005, the U.S. Army Corps of Engineers embarked on the $14.6 billion Hurricane and Storm Damage Risk Reduction system designed to repair the damage and improve resiliency for the city and surrounding communities.”

A Night In  Beverly Hellz
The Cure Lounge
$5-$10 or donation  | 10 p.m.
Join the Louisville drag community as it helps a fellow queen get back on her heels. Drag queen Beverly Hellz recently had all of her makeup, shoes and years of drag costumes stolen, and to help her start over 15 drag performers are throwing her a benefit show. The cover is waived if you bring a donation of any drag-related items. DJ Spring Break will perform, and The Cure Lounge will offer drink specials.

Nerd Nite Louisville March
Gravely Brewing Co.
Free  | 7-9 p.m.
Nerd Nite describes itself as “TED Talks, but with more beer.” Presentations for this geek-gathering include “Drop The Baseline” with Cat Braitwaite, which explores “the psychology behind branding music genres, kinetic typography, and music’s influence in modern design language”; “Kids, Trauma, and Mental Health” with Miach Jorrisch, which explains, with data, why we should all be invested in helping out the youngin’s; and finally, “The Language of Online Dating” with Bentley McBentleson, which looks at the right, and wrong, words to use in your online dating profile.

SkyStar Wheel Grand Opening (March 29–May 6)
Waterfront Park
$15  | 11 a.m.-11 p.m.
SkyStar, a big ol’ Ferris wheel, is coming to Louisville Waterfront Park. So grab your friends and settle into one of the 36 climate-controlled, six-passenger gondolas and see the city from a new perspective.

We Still Like You: Louisville
Butchertown Pizza Hall
Free  | 8 p.m.
“We Still Like You,” the show that allows comedians to tell real stories of shame and embarrassment, while an artist depicts the story live, has moved from Decca to the upstairs lounge of Butchertown Pizza Hall. So grab a slice and a beer, and enjoy the show with stories by Keith McGill, Darren Rodgers, Rich Ragains, Anne Austin and hosts Mandee McKelvey and Chris Vititoe. Live art to be performed by Jax Howie.

Ichi The Killer (March 30–31)
Speed Cinema
$9  | Friday, 7 p.m.; Saturday, 3 p.m.
This event might be over the $5 limit, but trust us, it’s worth it. “Ichi the Killer” follows a sadistic, yakuza enforcer, with a flair for outlandish fashion, who goes on a bloody killing spree (and we mean gallons of blood) to find the assassins who killed his boss. The film is both cartoonish and nightmarish, and it’s certainly a must for any self-proclaimed film buff.