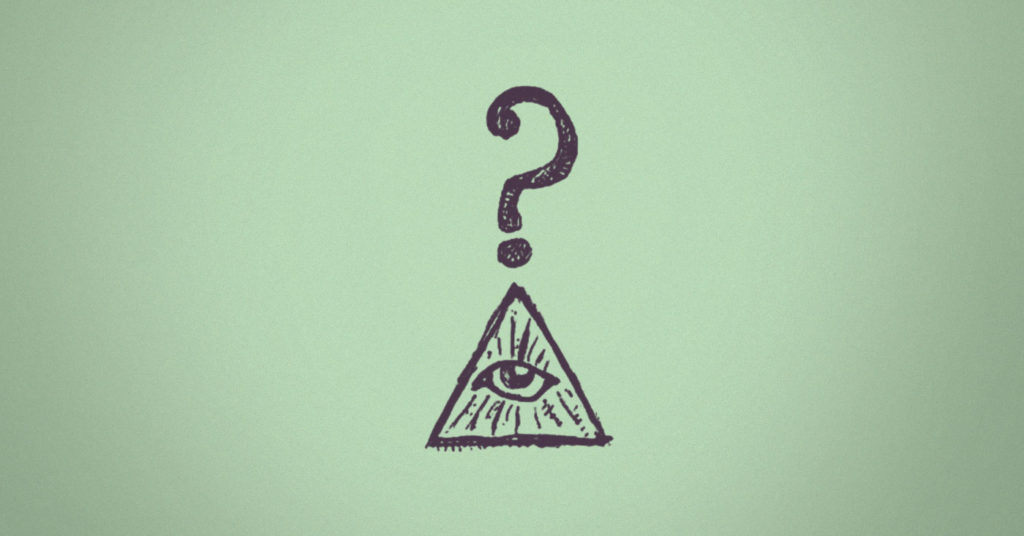 News that 70, now 80, wealthy business people and other powerbrokers have met on key Louisville issues immediately drew comparisons to the Illuminati, a clichéd reference to any secretive organization that has power outside of government.

Yet keeping secret such a large group is like hiding an elephant; local media just missed that it existed until Insider Louisville broke the story (and disclosed that one of Insider’s major donors is David Jones Jr., a prominent member). Whether the Steering Committee for Action on Louisville’s Agenda, known as SCALA, is secret is beside the point, which is… SCALA’s formation comes as the state considers whether to take over Jefferson County Public Schools. Jones Jr., an unseated school board member, has indicated we should be open-minded about such a state coup. Its formation comes as Gov. Matt Bevin presses his attack on public schools, calling JCPS an “unmitigated disaster” and proposing deep cuts for all schools. It comes as the state writes charter schools into law, lawmakers consider siphoning taxes for private and religious school scholarships and pension reform presages the mass retirement of teachers.

Why wouldn’t Louisville’s burghers want to be involved? But why should we trust them, and what do they really want?

To help you decide, here are commentaries from school Board Member Chris Kolb, and SCALA members C. Edward Glasscock and Sandra Frazier.

Comedy, Tragedy at La SCALA
…behind the curtain of powerbrokers’ group

La Scala theater in Milan was founded by the Empress Maria Theresa and paid for by 90 wealthy Italians in exchange for luxurious boxes where they could enjoy the world’s finest artistic performances, including comic and tragic operas.

There is much about Louisville’s own SCALA that is comic. For instance, David Jones — Elder and Younger — and 70 of the most wealthy people in town have been brainstorming for months about how to solve all our problems. Here’s what they came up with: a Wal-Mart in West Louisville, more direct flights to the coasts and giving our barely functioning state government control over our schools.

In a city with over 100 homicides in 2017, more than 6,000 homeless children in public schools, and horrible air quality — to name a few bleak realities — what really makes Elder Jones see red is low-income citizens coming together to ask Wal-Mart to make a few minor changes to its proposed store design. I suspect Jones isn’t really upset about Wal-Mart but about normal people taking collective action to challenge corporate power. Imagine the hit to the pocketbook he might take if we all came together to fight for quality, affordable healthcare. Elder Jones also brought together Louisville’s self-professed powerbrokers to address the humanitarian crisis of the layovers he has to endure when flying to California wine country for the weekend. Satire really does write itself sometimes.

And then we come to education, which is where comic blends into tragic. Like Macbeth spurred on by his wife who is willing to throw all of Scotland into chaos in the naked pursuit of power, Younger Jones — spurred on by his father — is willing to throw our public schools and our children’s lives into the roiling tempest that is Kentucky state government. This is the same government that is unlikely to even pass a budget, has no current House Speaker due to a sex scandal, and has a governor so blinded by hatred of public schools that he tries to change the laws of mathematics to challenge the fiscal qualifications of the democratically-elected School Board. There’s a reason we continue to perform classics such as Macbeth: We remain plagued by a power-hungry nobility who will sacrifice the common good in seeking to rule over us plebeians.

Returning to comedy, Jones the Younger’s logic for a state takeover of JCPS is reminiscent of Sigmund Freud’s case of the man accused of damaging a kettle he borrowed from his neighbor. The man gives three reasons he is not responsible for the damage: He returned the kettle undamaged; it was already damaged when he borrowed it; and he had never borrowed the kettle at all. By completely contradicting each other the three reasons reveal the truth: It was indeed the neighbor who damaged the kettle.

Likewise, Younger Jones first says that academic achievement is largely determined by where you live, how much money your parents make and your race. I’m not optimistic that this state government is going to end segregation, poverty and institutional racism in Louisville if it takes over JCPS.

Second, Jones says that SCALA members are concerned about education from a workforce perspective. Is the real issue that corporate heads want more worker bees to generate additional wealth for them to capture (while wages remain stagnant)?

Third, Jones says the real problem is that state laws make it difficult for school boards to govern. I’ve been on the School Board for 13 months and, while there are always bureaucratic annoyances in any organization, we’ve been able to make significant progress in that short time. This includes cleaning up the many messes left by the Jones-Hargens-Hudson trio.

Like the neighbor who gave contradictory reasons for the damaged kettle, Younger Jones accidentally reveals the truth in blaming everything but himself: Jones found JCPS ungovernable because Jones himself is very bad at governing. We shouldn’t really be surprised. Many among the wealthy are used to making colossal messes, refusing to accept responsibility, and leaving the clean up to others. The ancient Greeks gave us a word for this level of arrogance so astounding it offends the gods themselves: hubris.

Thankfully, my colleagues and I have made tremendous strides to clean up the mess. Though much work remains, we will soon be able to turn our full attention to ensuring that every child has access to innovative, meaningful, challenging, and rewarding learning and professional experiences no matter their zip code, race, gender or native country. Anytime Louisville’s nobility wants to actually assist JCPS, I’d be happy to help them find ways to do so. Of course, first they’d have to invite at least one public education professional to a secret SCALA meeting, which doesn’t look like it’s happening anytime soon. •

Chris Kolb represents District 2 on the Jefferson County Public Schools Board of Education and is a professor of anthropology and urban studies at Spalding University. He may be reached at: [email protected]

SCALA, why it is needed
…this kind of civic involvement not new or nefarious

There is a saying in the news industry that goes, “if it bleeds, it leads.” Nowhere was this more evident than last Monday afternoon, when the late-day news cycle was disrupted by a sensationalized, two-part Insider Louisville article proclaiming that a recently organized group of business, community and nonprofit leaders calling itself the Steering Committee for Action on Louisville’s Agenda (SCALA) was, “secret,” and “nefarious.” The article went on to insinuate that the organization and its members were simply wealthy, homogenous, powerbroker elitists hell-bent on taking over, inserting themselves and their opinions on daily life in our community.

The story reminded us that tackling tough issues is a difficult and often thankless proposition. Criticism is easy. Leadership is hard.

For those of us who have been working quietly over the last year organizing this group, we were disappointed and quite honestly stunned by the jump to conclusions and accusations about our group. SCALA is made up of 80 leaders of Louisville’s business, foundation, nonprofit and religious organizations, and is modeled after a similar group in Nashville that was formed in the 1990s. Additionally, other cities including Columbus, Indianapolis, Dallas, Kansas City, Des Moines, Omaha and St. Louis all have similar civic council organizations focused on bringing their community leaders together to address issues and projects that are critical to the vitality and quality of life to everyone in their respective communities.

Community leaders participating in civic endeavors is nothing new in Louisville, although you wouldn’t have known it based on the outcry from critics last week. Projects such as City/County merger, the Ohio River Bridges Projects, the KFC/Yum! Center, the Kentucky Center, Waterfront Park, Louisville Zoo, the Parklands, Leadership Louisville Center, Robinson Junior Achievement Center, Louisville Bats (Redbirds) / Slugger Field, Louisville City FC and countless other projects are a result of collaborations led by the business and philanthropic communities — and in many of those cases individuals from those two groups carried the bulk of the water on behalf of elected officials, and in most cases, at their request.

It’s important to appreciate how SCALA began — not in some diabolical, smoke-filled vault as our critics would suggest, but with PNC Bank President Chuck Denny and Humana cofounder David Jones, Sr. seeing the need for such a group here in Louisville. They began the process of forming SCALA by hosting a group of 12 business and religious leaders in March 2017 and asking them if they believed such a group should exist in Louisville. The response was unanimous, and the 12 attendees were tasked with informally nominating other potential members who were either CEOs or the lead decision maker within their organizations.

The organizational meeting of the larger group was held in April 2017 and the committee members were charged with listing what they personally believed are the top issues facing Louisville needing to be addressed, with the top responses being education, public safety, improved and increased non-stop commercial air service, pension reform, and tax reform. Subcommittees were formed, and members were invited to participate in various subcommittees or simply participate in the broader committee by learning more about the critical issues impacting our community.

In a true show of collaborative spirit, the Nashville Agenda, the civic council organization SCALA is modeled after, hosted several SCALA members for one of its meetings to demonstrate how it operated, its membership make-up, and most importantly, how it worked together discussing and tackling tough issues. The Louisville delegation left Nashville feeling energized and positive about the opportunity to build a similar organization here. Since then, there have been three SCALA meetings. Meetings last for one hour and there is no fundraising. The rules are loose as this is an organization still in formation, and like any startup, we’re still trying to feel our way through things. However, the Louisville Regional Airlift Development (LRAD) Subcommittee has already raised approximately $4,000,000 to subsidize direct flights to Los Angeles and Boston.

The issues Louisville is facing impact us all — regardless as to your age, gender, race, job or socio-economic level. As a community and region, we are at a dire crossroads where our peer cities are beating us in just about every competitive benchmark. Yes, we have plenty of bourbon, however one need not look any further than the failed Amazon HQ2 bid, and the criteria for various amenities and infrastructure that our community lacks to emphasize that we are in desperate need of collaborative leadership and constructive critical conversations about issues impacting our community, and most importantly, for solutions that work.

SCALA is in no way sinister or secretive. In the case of the Insider Louisville story, well-intended conversations with the publication resulted in misunderstanding and misrepresentation. For as much criticism and backlash that we received last week, we have had many more citizens reaching out to us offering support, gratitude, and numerous offers to assist the organization moving forward.

We look forward to being part of the community conversation that supports the ideal of improving our city’s economic future. As other regional peer cities have discovered, having a group of diverse, enthusiastic, civic-minded leaders organizing for the benefit of the community is not a terrible thing. We’re proud of our support for the city and region we care so deeply about and would hope that enthusiasm — no matter where it comes from — is encouraged, rather than diminished. •