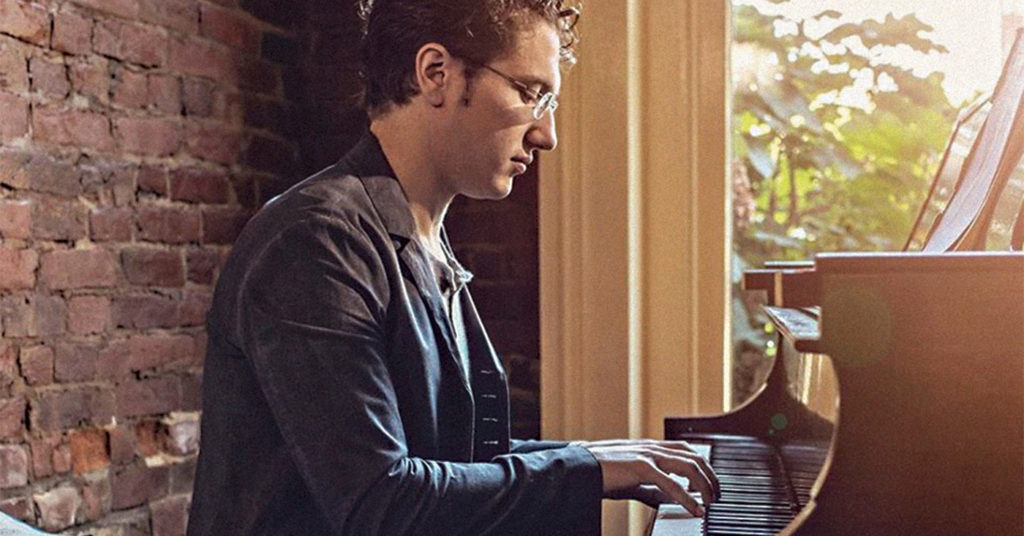 Teddy Abrams & Friends has become a staple and tradition at the Forecastle Festival, with the Louisville Orchestra conductor and music director working with a diverse group of musicians to create a compilation-style set that runs a spectrum of genres. While Teddy Abrams & Friends will be back at Louisville’s largest music festival this June for the third year in a row, a subset of the Forecastle group, The Thrills, will perform at Gravely Brewing Co. on Thursday — a concert that will feature Abrams, Carly Johnson, Scott Moore, Jacob Duncan, Danny Kiely and Paul Culligan.

“The group that is in The Thrills is sort of the core of Forecastle group,” said Abrams, 30, who has been with the Louisville Orchestra since 2014. “Everybody is super flexible. We play virtually every style of popular music out there. And classical music on top of that. We all have the flexibility and the interest to explore other genres, even within the standard repertoire. So we’ll take a song and do a totally different treatment or version of it, because it’s fun to do.”

Where the Forecastle group is about twists and turns, with a different musician or band coming out almost every song, The Thrills dive deep into exploration, with every member playing at all times, with no surprise guests. Both iterations are made up of local musicians and jump around to several styles of music, but Abrams said The Thrills is much easier to put together, whereas getting ready for Forecastle takes months.

“It’s one of the most exhausting things that I do all year,” Abrams said of prepping with the Forecastle group.

What started as casual conversations with the festival’s founder J.K. McKnight eventually led to a yearly slot for Teddy Abrams & Friends, something that has become the festival’s most unique and unpredictable aspect. Last year, it included Twin Limb on a cover of David Bowie’s “I’m Afraid of Americans” and Wax Fang’s Scott Carney singing Pink Floyd’s “Comfortably Numb,” while Jecorey “1200” Arthur and White Reaper performed originals, all backed by an enormous ensemble of musicians from the Louisville Orchestra and beyond.

“I’ve tried to reference virtually every genre of music that I think Louisville is doing really well,” Abrams said. “It’s impossible to actually do that in a complete way, but I think we can at least offer a giant palette of what we’re able to produce here. A lot of things are kind of at their beginning stages of what is going to be possible as the music scene grows. And some things have been really excellent and top level now for decades. So, I tried to balance those things out, because you want to give a voice to people that the normal Forecastle listener might not be familiar with.”

And it’s not only a reflection of what’s going on sonically in Louisville, but it also mirrors how Abrams sees the interconnectedness of the city’s musicians.

“It’s so great because not only is it a really talented pool of people, but everybody kind of knows each other, and they all feel connected in a way that I don’t think that many cities have,” Abrams said. “I think a lot of times, people in different genres are in their silos, and they don’t necessarily work together, or even go to each other’s shows. So, I thought, this is an amazing opportunity. Let’s make our own kind of symphony orchestra out musicians from all different backgrounds.” •