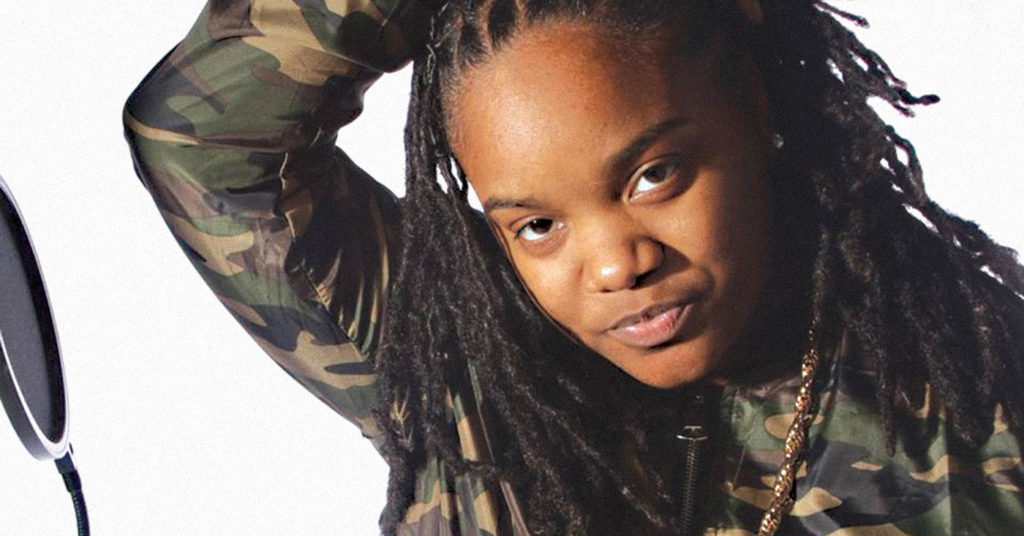 Sasha Renee’s confident, Kendrick Lamar-like cadence machine guns in “My City” with a dark, but jam-worthy, mid-90s backbone, as she contemplates her place in Louisville’s sharp and growing hip-hop scene.

“It ain’t all about fame and money / That’s why I created a vibe they couldn’t deny / They can’t take that from me,” she quick-fires on the track.

“It was written as a reminder to continue to stay focused in the bigger picture,” Renee said about “My City,” which was co-created with Young Wop. “As an independent artist who’s seriously been at this since 2010, I have goals and dreams for myself and I’m not currently where I want to be. It can get easy to feel down about that, to doubt myself, but I think it’s also important to note everything I have done thus far. We often don’t celebrate ourselves and our accomplishments simply because we haven’t reached our end goal. Celebration is healthy. It feels good to reward yourself and I think it allows you to redefine what success really is for you.”

Renee composed the lyrics only a few hours before she actually recorded it. “I had a studio session scheduled for four hours but I only had one other song so I needed something else to use all of my time. I pulled up this beat Wop had sent me a couple weeks before and wrote it over the course of like two hours while I was at work processing Medicare applications. I rehearsed it out loud a few times then went to record it after work.”

Although “My City” mainly focuses on her personal story, Renee is more than just concerned with her own musical career. She also wants to foster an open community of music makers and wants to be an inspiration to other young hip-hop artists in Louisville.

“I try to remind myself that my role and impact in hip-hop isn’t only about me,” she said. “I genuinely want to see this scene grow. I want to see more artists reach that end goal. And that’s the real reward. When your energy and your story impacts someone’s life in a positive way. That’s just so dope and fulfilling.”

“My City” was released as a single in 2018, and will be included on a forthcoming EP.