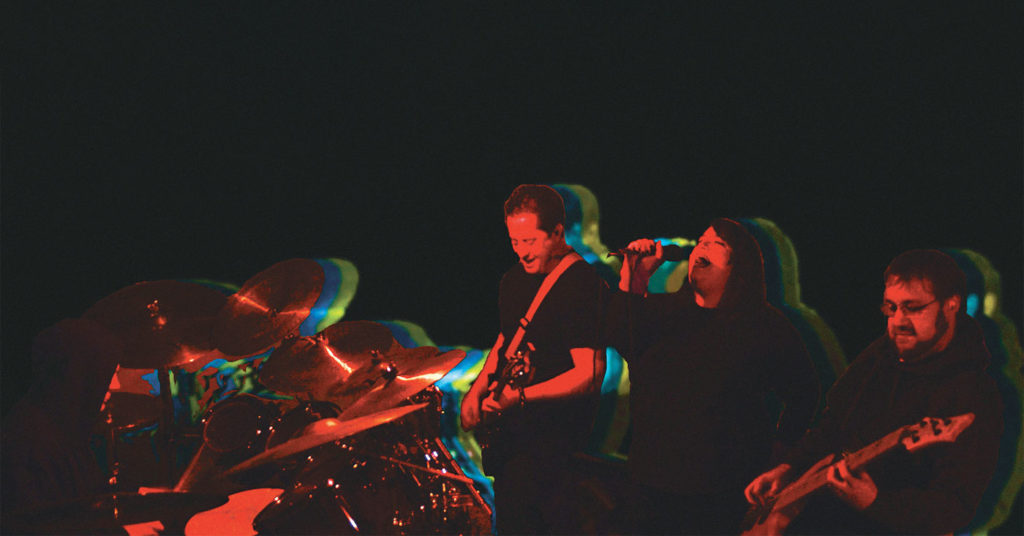 “I would consider myself a strong woman, a feminist, and with ‘Alpha Female,’ I feel like I have an opportunity not only to have a voice and be heard, but to do that for other women as well,” said Juicy Lucy, vocalist and songwriter of Order Of The Fang, about the band’s hard-hitting anthem from their recent EP, Wolves.

Order Of The Fang snarl out their battle cry, teeth bared, foot-on-throat. Underneath Lucy’s Nancy Wilson-like velvet smoothness meets Janis Joplin’s gnash, the band rips with proto-metal/punk thunder, topping it all with a revved-up Van Halen-esque cherry of a riff. “We love older rock music and that influenced us for this EP,”  Lucy said. “J-Bone came in with the riff for the chorus to the song. Shades, our bassist, and Wolf, our drummer, built the song around that riff. We all love a good tempo change, so we backed down the tempo and did a more bluesy sound during the verses.”

Essentially, “Alpha Female” is the Order Of The Fang’s execution of a very ancient adage: Don’t say anything if you can’t say something not stupid. The band takes aim at ignorant men, concerning the matters of equality and respect.

“Alpha males, the wolves that are the strongest, lead the pack — that phrase gets applied to men a lot in human society, but that’s bullshit,” Lucy said. “There can be alpha females. I immediately connected with that idea because of the challenges women face in their daily lives.”

“Who would have thought that in 2018, women still have to fight to make choices about their bodies, be criticized for simply not smiling, and that wearing whatever they want is used as an excuse for being attacked and harassed,” Lucy continued. “I’ve also been told that I’m too bold. Too assertive. That I need to back down. It makes me so mad. I feel that men are encouraged to be that way and it’s expected that women should be meek and mild. Well, I won’t be. We want women to be respected and to feel like they can be strong and have a voice. This song is our way of backing them up.”