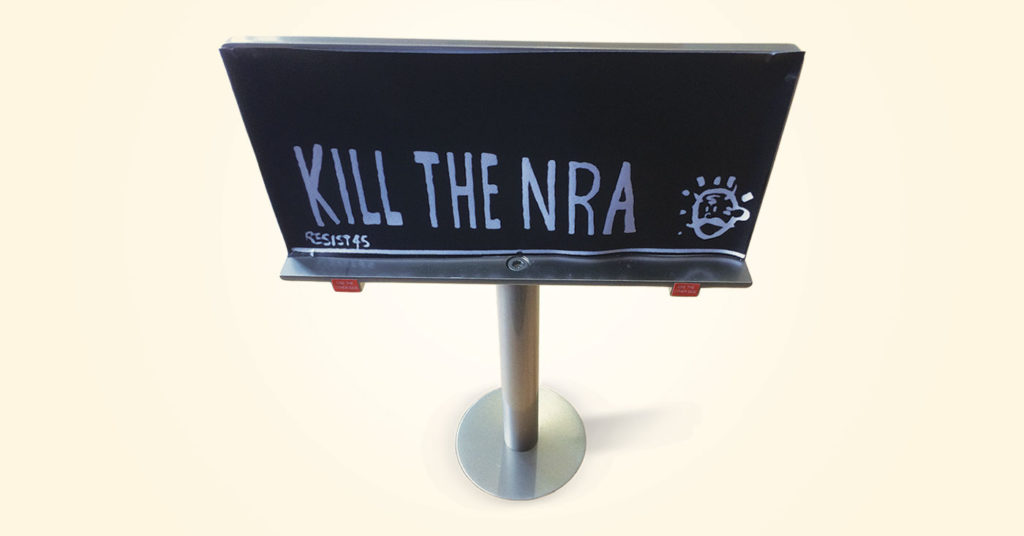 What Australians say about our gun addiction… and our Gov. Matt Bevin affliction

By The Sydney Morning Herald

It is important to look outside of your bubble, so below is an editorial from The Sydney Morning Herald that ran after the Las Vegas shooting, but it is relevant and timely today and probably will be tomorrow and the days after that. The editorial explains how Australia seems to have stopped mass-shootings after the 1996 Port Arthur massacre, in which 35 people were killed and 23 wounded. Australia almost immediately passed laws to restrict ownership of semi-automatic rifles, semi-automatic shotguns and pump-action shotguns and to beef up firearms licensing. It has not had a mass shooting since then. The editorial also mentions our very own Gov. Matt Bevin, one of a raft of Republicans who, unlike the Australians, blames everything but guns for the… uh, mass casualties from gunshots. In the Las Vegas shooting, Bevin blames “evil.” After the Parklands, Florida shootings, he blamed video games… WTF.

Once again, we are numb with horror. Once again, we are pierced by grief for the United States, a country to which we are bound by ties of culture, history, language, family, friendship. A country in some ways so much like our own, but in its love affair with the gun so utterly alien.

This time, we are forced to comprehend how a man can legally assemble a large arsenal of high-powered weapons without raising the slightest alarm. How he can transport them to a hotel room unremarked, and then, in about the time it takes to boil a kettle and make a cup of tea, end the lives of scores of people and wound, maim and traumatise hundreds more.

There is no way to fully understand what tipped this man, by all accounts a prosperous and stable member of the community with no history of violence, over the line into homicidal barbarity. Whether it was evil, ideology or illness or some combination of the three, he was in no way normal. But nor was he unique.

On average, there is a mass shooting, defined as an incident where four or more people are killed or wounded, every day in the US. Since the Sandy Hook Elementary School killings of 2012, when a gunman slaughtered 20 children and six adults, there have been more than 1500 such acts.

It is incomprehensible to us, as Australians, that a country so proud and great can allow itself to be savaged again and again by its own citizens. We cannot understand how the long years of senseless murder, the Sandy Hooks and Orlandos and Columbines, have not proved to Americans that the gun is not a precious symbol of freedom, but a deadly cancer on their society.

We point over and over to our own success with gun control in the wake of the Port Arthur massacre, that Australia has not seen a mass shooting since and that we are still a free and open society. We have not bought our security at the price of liberty; we have instead consented to a social contract that states lives are precious, and not to be casually ended by lone madmen. But it is a message that means nothing to those whose ideology is impervious to evidence.

You might think, from a distance, that this slaughter would at least dispel the myth that carrying a gun brings personal security. Even had every concertgoer been armed, it would not have saved them from a killer 32 floors above them in a room full of military weapons. But history tells us Americans will learn no such lesson.

Even before the full scale of Sunday’s slaughter was known, the U.S. gun lobby was swinging into action, framing this as an event akin to a natural disaster, random and ultimately unpreventable. Kentucky Gov. Matt Bevin was one of the first, tweeting “To all those political opportunists who are seizing on the tragedy in Las Vegas to call for more gun regs … you can’t regulate evil …”

And he’s right. You can’t regulate evil. But you can disarm it. Once again we pray that the U.S. will come to its senses and do just that. And once again, we are dreadfully sure it won’t. •

This editorial is republished courtesy of Fairfax Syndication.