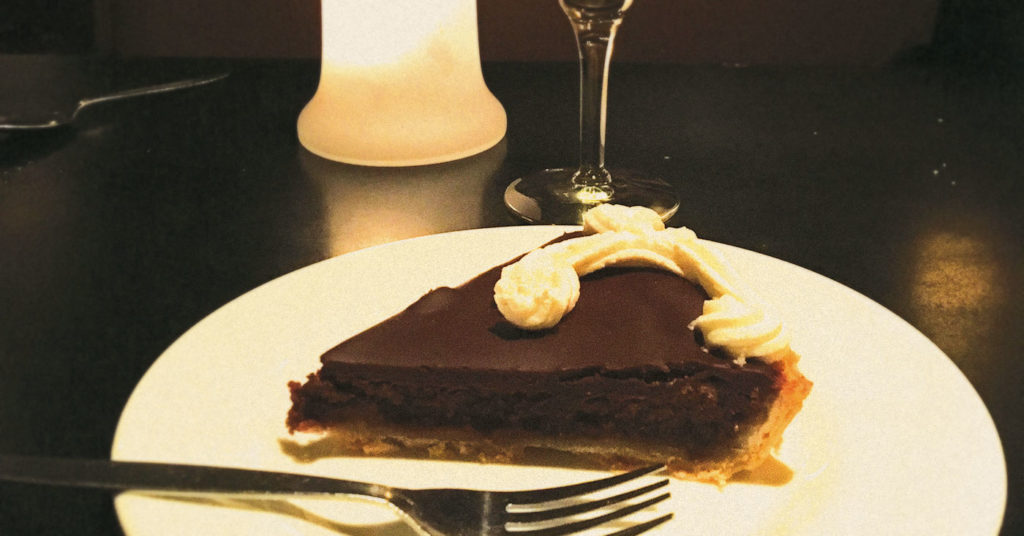 It’s Valentine’s Day, and chances are more than good that within the last week, you have purchased candy, specifically chocolates, for your special someone. According to the National Retail Federation, Americans buy about 60 million pounds of chocolate for the holiday to the tune of some $350 million. That’s actually considerably less than we spend on Halloween chocolate. But presumably, most of us have more trick-or-treaters than sweethearts.

You may have wondered why chocolate is considered an appropriate romantic offering. That history dates all the way back to the Aztecs, who cultivated the cacao plant as early as the 13th century and drank its pulverized, football-size pods in a beverage they called xocolatl. In her delightful book, “The Chocolate Companion: A Connoisseur’s Guide to the World’s Finest Chocolate,” London gourmet chocolatier Chantal Cody (who was awarded an O.B.E. in the Queen’s Birthday Honours in 2014 “For Services To Chocolate”) recounts 16th-century Spanish conquistador Cortez’s description of chocolate’s place in the culture:

“[The Aztec emperor] Montezuma drank xocolatl as a tonic aphrodisiac. The ladies had to be satisfied by their lord and master alone, for the precious concoction was for men only.” By the way, the Aztec upper crust purportedly drank their xocolatl from solid gold goblets, which, much to Cortez’s astonishment, they carelessly flung into the nearest body of water upon emptying.

Happily, when Europeans imported cocoa nibs and added vanilla and sugar to create chocolate as we more or less know it today, consumption was more egalitarian. As a testament to the high regard in which it was held, the Swedish botanist Linnaeus, deviser of the scientific system for naming plants and animals, assigned the genus designation Theobroma to the cacao plant. The name means “food of the gods.” (Needless to say, Linnaeus loved chocolate.)

There may also be a scientific basis for chocolate’s supposed aphrodisiac effects. Analysis of the compounds in chocolate has found the presence of a chemical called phenylethylamine. Hardly a sexy moniker, but it also happens to be the chemical produced in our brains that creates the euphoric feeling of being in love. Whether or not there’s enough of it in chocolate to produce the same effect upon consuming it is an open question. Chocolate also contains the muscle and nerve stimulants theobromine and caffeine, though considerably less of the latter than you would get from an equal amount of coffee.

All of that said, the upshot of humans’ love of chocolate is probably pretty simple. It’s delicious.

Obviously, and happily, there is no shortage of chocolate available for Valentine celebrations, whether in heart-shaped boxes of candy, ice cream or dessert at your favorite romantic restaurant. My suggestion for an appropriate chocolate indulgence for the season is the oh-so-appropriately named classic dessert — Chocolate Seduction — served at the Uptown Café at 1624 Bardstown Road.

This is not the only chocolate dessert on pastry chef Jenna Miller’s menu. For three decades, she has been baking other sweet Uptown classics, including Empress Carlotta (a feathery chocolate genoise filled with Chantilly cream, topped with mocha buttercream, and sprinkled with toasted almonds) and, on weekends only, Chocolate Ganache Torte (which boasts a pecan crust filled with semi-sweet chocolate and finished with homemade caramel sauce).

The Chocolate Seduction, a flourless chocolate cake perched on a buttery crust, is as dense as fudge. A fetching whipped cream squiggle decorates the top. And it makes a perfect Valentine’s dessert because it is so rich and filling that one serving can, and should, be romantically shared by two. In short, order one serving and two forks.

Of the many beverages that pair well with chocolate desserts (not least of which is Kentucky bourbon), the most romantic must be sparkling wine. If you choose to order your Chocolate Seduction to go, I would most certainly recommend French champagne. Splurge on top shelf, such as Bollinger, Perrier-Jouët, or (my personal favorite) Veuve Clicqout.

The bubbly on the Uptown’s wine list also pairs beautifully with the Chocolate Seduction. As is the case with every wine offered by the restaurant, it is available both by the bottle and by the glass. Stellina Di Notte Prosecco is a dry and delicately fruity Italian sparkling wine that is usually thought of as an aperitif. But, its citrus, pear and almond notes, plus the astringency of the bubbles that cut through the dense chocolate, make it a more than suitable companion for the chocolate dessert. Happy Valentine’s Day!