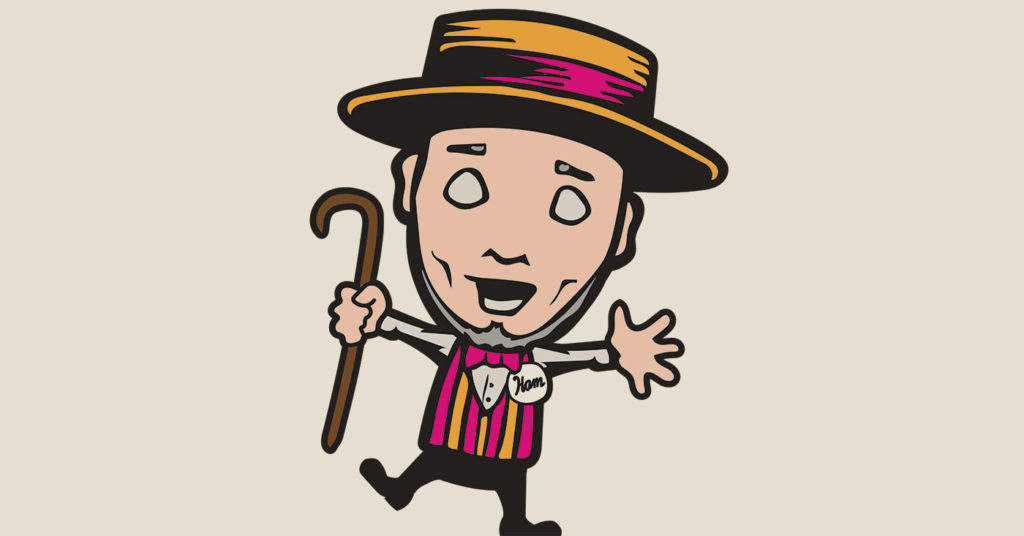 Ark Park director Ken Ham declared last summer that Christians were taking back the rainbow… from the gay community, which had, of course, stolen it from God. It’s easy for a lot of Americans to dismiss Ham with a tear-squirting laughter emoji, but Ham is hard to ignore if you live in Kentucky, what with that enormous length of wood he was eventually able to park in Williamstown, thanks to some manual manipulation from Gov. Matt Bevin.

This tug-of-war over the rainbow is just a microcosm of the real problem: the widely-believed fallacy that Christianity and LGBT folks are natural enemies.

Evangelicals such as Ham are masters of gas-lighting — make an inflammatory remark about gay people, wait for a response and then feign surprise that they would be “persecuted” for the mere act of quoting the Bible.

It works, of course.

The Bible tells Christians they’ll be persecuted for their faith. I grew up in churches like this, where fantasy scenarios were frequently posited — gunmen storming into the service and demanding all Christians line up for execution. This persecution fantasy continues with films including “God’s Not Dead” and the “Marine Todd” meme. Never mind that they’re fabricated; they’re satisfying and follow a simple formula: good vs. evil.

The problem is that it doesn’t flow in both directions.

Gays don’t propose legislation to prevent Christians from attending church or practicing their faith. Gay businesses don’t have contracts that require potential employees to denounce Christianity. We don’t care what Christians do, as long as it doesn’t affect us.

And we don’t mind sharing the rainbow.

The rainbow is imbued with magic, and we all love beautiful things. I’m sure this is what led Planting Peace to establish the famously rainbow-painted Equality House just across from Westboro Baptist, a bleak “church” compound marked with a large sign that says “Fag Marriage Dooms Nations.” How does a religion get to this point, so fixated on what other people do in bed? By going down the path of current U.S. evangelical leaders.

The obsession is sick. It’s sick because there’s no equal obsession from evangelicals with poverty, or rape, or domestic abuse. It’s sick because a lot of the furor comes from a place of deep shame over what I suspect is their leaders’ own gay impulses. Evangelical lawmakers caught in gay sex scandal deserve our deep sympathy; they’ve been caught up in their own weaponry and they will not receive the acceptance they need from their own community — nor from ours. Instead, we jeer at them, as though this somehow helps our case.

Evangelicals have hijacked Christianity in any conversation to do with gays. We have conversations that assume every Christian is an evangelical and every gay is an atheist, but Pew Research indicates that a majority of gay, lesbian and bisexual people in the U.S. are religiously affiliated. Gay folks are looking for that little rainbow stripe on the marquee board — and we’re finding them.

There’s another area — a confusing, uneasy area — between gay-friendly churches and hard-line evangelical ones. These Christians understand that LGBTQ people exist, and even embrace their humanity, up to a point. They aren’t hateful, and their behavior lines up with what Jesus taught. They don’t mind that you’re gay, because everyone sins and dating people with the wrong genitals is just your particular sin. If you can’t keep it in your pants, or fall into a hetero relationship, then, well, we’re all sinners. It’s fine. Really. They will say this casually, at dinner, or at a party, and consider it a kindness. If they’re your parents, they still love you, but your partner is not welcome at Christmas.

It’s hurtful, but on the bright side, this type won’t assume you’re going to molest their kids.

Meanwhile, there are plenty of fully-welcoming churches, including Baptist outlier Highland Baptist Church in Louisville, where I spoke with an associate pastor who works in the LGBT ministry. Not only did he say there is no scripture that suggests the church should prioritize the fight against gay people over such things as rape and domestic violence, but there is nothing to support that fight at all. He said there is “a fundamentalist interpretation of scripture that gives rise to this belief and others. There are passages of scripture that can be weaponized to hurt others, but it takes people to do it. It is one symptom of a belief system that is quite easy to trace and recognize. We simply reject it and have been led by our understanding of Christianity to love, true love, for our LGBTQ siblings. The obsessive fear of the LGBTQ community comes out of the culture wars the fundamentalists are still fighting (and still losing).”

From this point of view, the divide between gays and the church isn’t a problem with Christianity — it’s a problem with its representatives. Don’t blame Jesus; blame Ken Ham.

As for the role of the church in the community, the pastor added that “a church is either active in oppression, complicit in oppression, or a church is participating in God’s liberation, which has come precisely for those the fundamentalists exclude. There is diversity of thought on the role of the church in society and rightly so, even and especially within our own congregation. I can say we take part of that role to be a voice crying out in the wilderness, calling our city and our country’s conscience toward God’s love and justice. In this particular conversation, we also want it to be known that there are Christians, in Louisville, who fully welcome and affirm the LGBTQ community.”