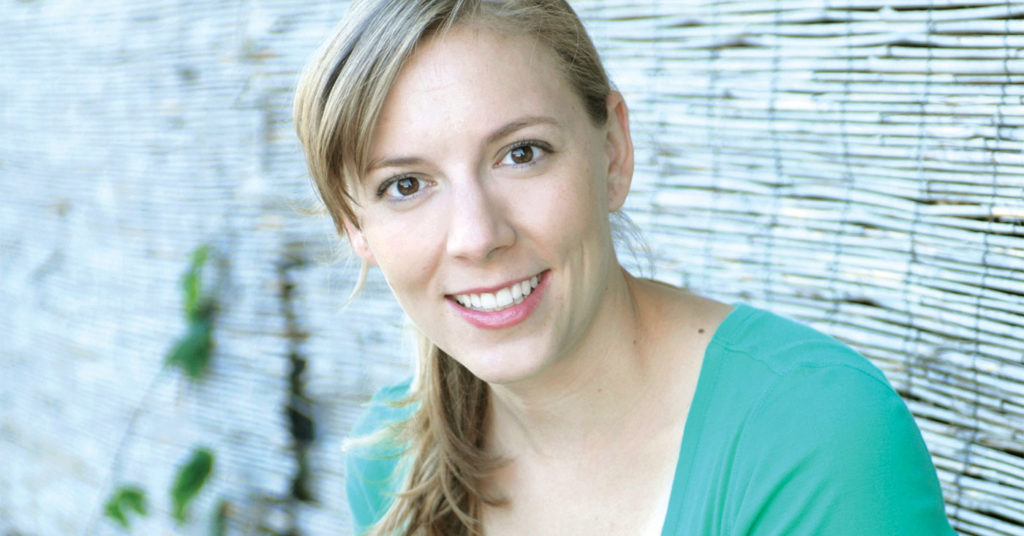 Comedian Emily Galati is a recovering Lutheran, what she describes as “Catholicism without the religion.” She earned a master’s degree in history at Arizona State University, but moved to Chicago to pursue a career in improvisational theater. “I’m the only person with a master’s degree whose parents are disappointed in their kid’s life decisions,” Galati said. She has a raunchy sense of humor, touching on such subjects as sex, religion and politics. She now lives in New York City. Her career is taking off after television appearances on “Conan,” “Last Comic Standing” and “Comics Unleashed.” Galati headlines this week at The Caravan.

LEO: Do you remember the first time you went from improv to stand-up?
Emily Galati: Yeah. It was in an improv troupe, actually. They had a tradition that on the last two shows of the year, we each had to do a short stand-up set. I was like: ‘Well, I don’t want to do that. That sounds terrifying.’ They convinced me that it’s a tradition, and I had to. So my friend Brian helped me write some jokes. It went well, and here I am.

What is the strangest thing that’s ever happened to you on stage?
About a month ago I did a show. It was going really well, and then I started talking about politics. This guy started booing and being really disruptive. Then he goes: ‘Do you know what a ‘See You Next Tuesday’ is? Because you are one.’ I was like, ‘Wow, that turned quick.’ But then I’m like, ‘I have one — why would you think I don’t know what one is? And I’m shitting on Trump in a red state. Let’s assume I’ve been called one before.’ He got taken out and then apparently wanted to fight everyone in the lobby. It was so strange. He had to ask me if I know what it is just so he knows that I know when I’ve been insulted. Why? Just in case he potentially decides to call me one. Not to mention he couldn’t commit to the insult so he had to spell it out. But I’d never been called [cunt] mid-show before.

What are the best and worst parts about living in New York?
The bad list is long. Every time you get on the subway, you will catch a cold. There is trash everywhere. And they call it ‘the city that never sleeps.’ Well, good luck finding a coffee shop that’s open past 9 p.m. The good is that there is a lot of comedy here. Also, I find weed everywhere. I find weed in taxis, on the subway, on the bus — I just find weed. No one told me there was just free weed everywhere here.

Your material implies that you aren’t a big fan of religion.
[Laughs] Where would you have gotten that idea?

Where does that come from?
None of it’s ever made sense to me. I was raised Lutheran, which is like Catholicism without the religion. They just don’t want to bother God. They pray as if they don’t want to bug him. Like, don’t mind us, but you’re a good God.

You talk some about dating and sex. Why do you think so many of people are uncomfortable discussing sex, specifically?
My hypothesis is this: Everyone has sex in common, but everyone likes it differently. The moment you say you like it like this, if someone in the room doesn’t like it like that, they feel weird. Then, they’re embarrassed and start to wonder if they’re doing it wrong. That has to be it, right? It makes everyone wonder if they’re the weirdo.

The #MeToo movement is big now. I feel like women in comedy have been screaming this for years. Would you say it’s changing?
[Laughs] Just put down: ‘She laughed.’

It’s not?
I want to hope it will. I’m behind the idea of social change. But implementing the change takes some time.

In the time of social change, does it drive you crazy that government leadership seems so tone deaf?
I didn’t watch the State of the Union this year, and I was very proud of myself for that. I think it was the best decision I’ve made on a Tuesday night in a really long time. It’s just too much anger all of the time. This is the first time in my life I’ve been less informed, and I’ve really enjoyed it. I used to be really on top of current events, and, then, a couple of months ago I just stopped reading the news. It’s been amazing. Ignorance really is bliss right now. •